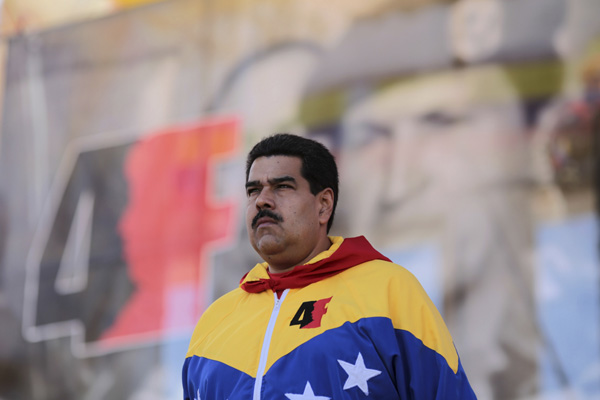 The report was presented to the U.S. Congress on Tuesday by the new director of the U.S. Defense Intelligence Agency, Vincent Stewart, foreseeing a new wave of street protests by political opponents and student activists in the lead up to Venezuela’s legislative elections later this year.

“In 2015, we are expecting student groups and the political opposition to organize protests in the months prior to the legislative elections,” Stewart said in the report.

Maduro made the remarks at the Military Academy in Caracas, the capital of the oil-rich country, during an event commemorating a 1992 military rebellion led by late Venezuelan President Hugo Chavez.

The Venezuelan-U.S. relations have been particularly antagonistic recently, with U.S. State Department spokeswoman Jen Psaki announcing on Monday that several Venezuelan officials would have their visas revoked for “violating basic freedoms” at home.

On Dec. 19, 2014, U.S. President Barack Obama signed the Venezuela Defense of Human Rights and Civil Society Act, which calls for “targeted sanctions”, such as freezing assets and denying visas to Venezuelan government officials deemed to have violated “fundamental freedoms”.