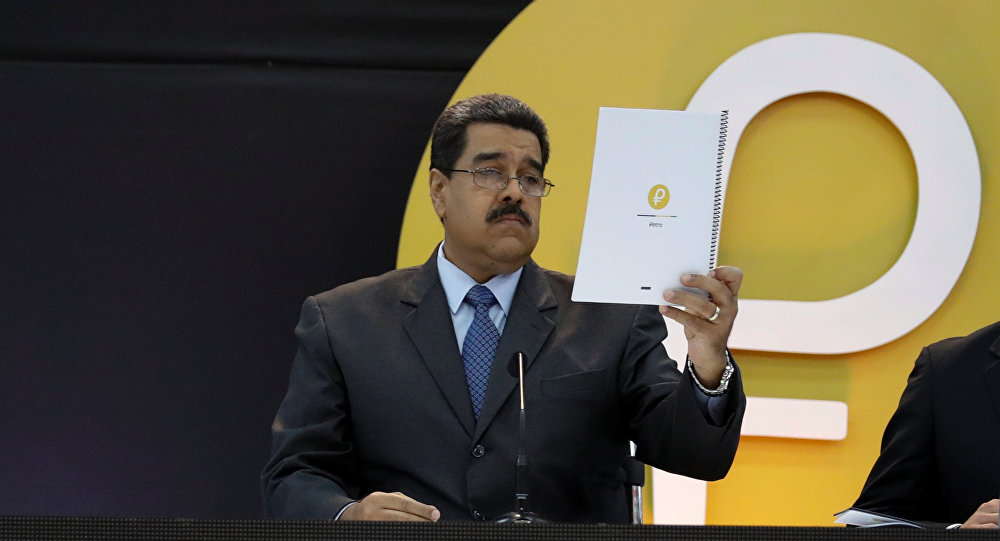 CARACAS – Venezuela’s President Nicolas Maduro said on Wednesday that his government made international purchases of school supplies and raw materials worth US$200 million with the petro cryptocurrency, banned by the United States and declared illegal by the opposition-led Venezuelan Congress.

Maduro, at a business event that was a mandatory broadcast on radio and television channels, said that his government bought raw materials and school supplies – pencils and notebooks – from international companies using the petro currency.

“There are those who called the petro a lie. But if it were so why do they sanction it, why would they persecute it?” Maduro asked.

“The petro is a reality and we have been doing international negotiations with economies, governments, states and strong companies, which will allow us to expand the petro far beyond what has been its use so far,” he added.

Maduro introduced the oil-backed petro in late 2017, referring to the reserves of the Orinoco Belt, to move towards new financing methods and to overcome an alleged international economic blockade.

On Jan. 5, Maduro announced the issuing of 100 million petros which were sold between Feb. 20 and March 20.

But the opposition-led Congress declared the petro illegal in early March, warning potential investors about the unconstitutionality of the petro and any other currency issued by the Venezuelan government that is backed by oil or any other mineral resource.

The administration of US President Donald Trump issued an executive order prohibiting “all transactions related to, provision of financing for, and other dealings in, by a United States person or within the United States, any digital currency, digital coin, or digital token, that was issued by, for, or on behalf of the Government of Venezuela on or after January 9, 2018.”

Venezuela launched the petro in the middle of a severe economic crisis that has led to hyperinflation and shortages of goods, with a decline in production at the state-owned oil giant PDVSA.