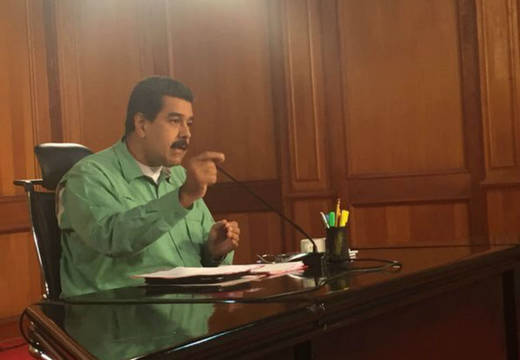 Q24N – Venezuelan President Nicolás Maduro said on Tuesday he is on the alert for any possible attempts of “destabilization” by the newly installed opposition deputies who now hold the majority at the National Assembly (AN).

In an interview with state-run TV channel Venezolana de Televisión (VTV) to assess what happened during the AN installation on January 5, after the parliament vote on December 6 last year, Maduro said “the main challenge of the Revolution is to boost a productive economic model.”

“I hope we may in these three years put the country on track towards a productive economic model through new methods,” the Venezuelan president stressed. “There is no room for feeling demoralized before a parliament with an anti-government majority.”

Further, Maduro pointed out he plans to announce on Wednesday a new ministerial cabinet. “After all consultations, I will announce the revolutionary government at this stage, for this new phase. I have made big efforts, I still am, even at this time, to assess, make consultations, and make decisions.”