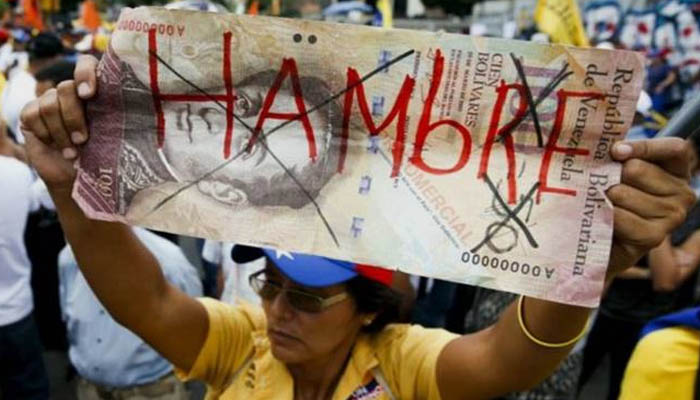 TODAY VENEZUELANEWS (from Insightcrime.org) President Nicolas Maduro has justified the withdrawal of Venezuela’s 100 bolivar note as a means of undercutting criminal earnings, but past examples suggest that criminal groups will actually profit from the move and the related border closure with Colombia.

The announcement of the currency withdrawal within three days coupled with the border closure was made by the president on December 11, in what he described as a way of stopping criminal groups allegedly hoarding wealth in 100 bolivar bills in foreign countries from bringing their illegally-obtained earnings back to Venezuela, reported the BBC.

Maduro argued that the move to pull the 100 bolivar bill from circulation would undermine the criminal groups that profit from the smuggling dynamics between Colombia and food-starved Venezuela, claiming that large quantities of the bills were stocked in Colombian cities such as Cucuta, Cartagena, Maicao and Bucaramanga. Venezuelan authorities also announced the seizure of millions of 100 bolivar notes being smuggled back from Colombia to be exchanged before the withdrawal ultimatum, according to the multi-state funded media TeleSUR.

But the new 500 bolivars notes — the lowest value of the six new replacement bills — only arrived on December 18, according to Le Monde, and on December 17 Venezuelan authorities eventually postponed the withdrawal ultimatum to January 2 after violent riots broke out, reported the Guardian. 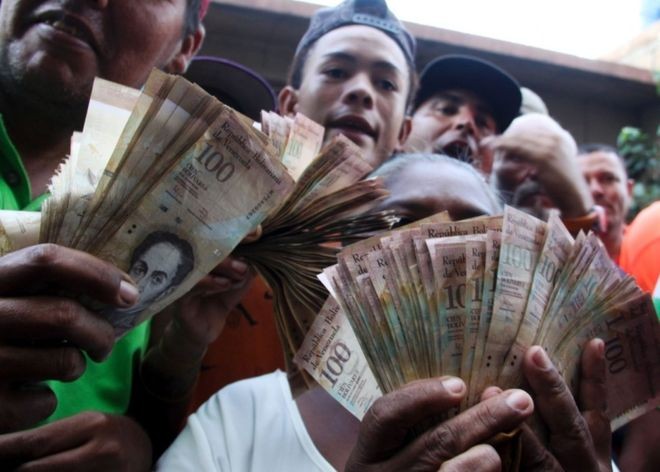 While the decision to rapidly withdraw the 100 bolivar note from circulation will have at best a mild effect on criminal organizations’ capital, the border closure and the ensuing social unrest promise to benefit criminal groups on both sides of the frontier.

To believe as President Maduro claims that 300 billion’s worth of a highly volatile currency is being hoarded by criminal structures outside the country, largely in the form of the 100 bolivar bill worth roughly $4 cents on the Venezuelan black market, is a stretch.

Moreover, while there probably is a significant quantity of Venezuelan currency circulating in Colombia’s border regions, it is hard to speculate on what proportion of those bills are linked to organized crime instead of individual Venezuelans coming in by the tens of thousands to seek basic goods across the border.

What is likely is that the closure of the international frontier will strengthen criminal operations on both sides of the border, something that was observed during the last closure, which started in August 2015 and lasted until August this year.

In Venezuela, the border closure will hand corrupt members of the armed forces, such as the National Guard, more power to charge smugglers who wish to cross, as happened during the last closure.

The latest decision also promises to inflate the price of goods on the black market in Venezuela, increasing criminal profits. And the longer the closure lasts, the more demand will grow within the illegal economy, with individual Venezuelans now unable to access vital basic goods directly in Colombia.

Beyond the smuggling dynamics, the social tensions and subsequent violence fueled by the currency withdrawal announcement may further the already fertile ground for criminal groups in Venezuela. According to RunRun, at least twelve Venezuelan states suffered from violent outbreaks as a result of the announcement by President Maduro.

Political and social opposition against Maduro has led the government to increasingly rely on the military (widely seen as heavily corrupt and a key actor in the country’s drug trade) and armed, pro-government groups referred to as “colectivos” (which are becoming more criminal) to contain them. That strategy is likely to continue if current protests persist.

This article originally appeared on Insightcrime.org  and is republished here with permission.

Q24N - The first country in the world to...
Nicaragua