South AmericaVenezuela
By Rico
25 May 2015 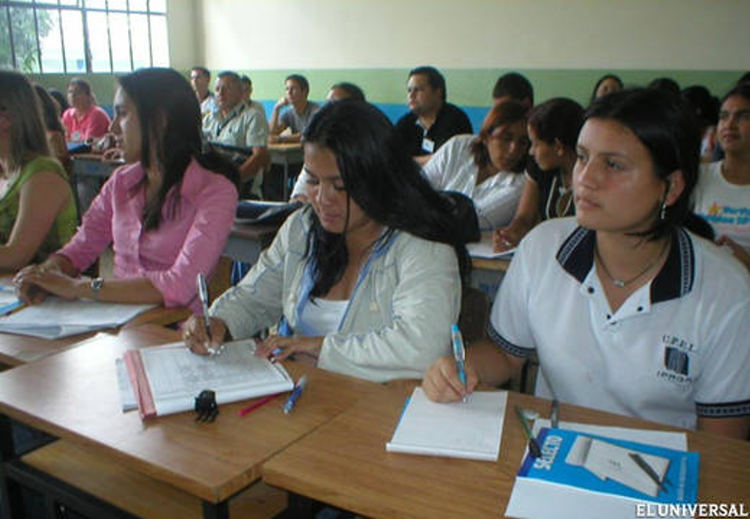 (TODAY VENEZUELA) — Venezuelan public high education institutions have recorded a decline in the number of students enrolled in undergraduate programs. Professors at the Gervasio Rubio Rural Pedagogic Institute (Rubio, southwestern Táchira state), attached to the Libertador Experimental Pedagogical University (UPEL), who are specialists in the areas of social, political, community, and education studies, assessed the external factors that could have led to this social phenomenon, in order to understand the situation facing all Venezuelan universities.

According to political expert Jenny Moreno, despair is an overall learnt feeling among Venezuelans, and this could have an impact on the expectations young people have about their future. For instance, in Táchira state, a significant number of young people make a living from bachaqueo (small-scale smuggling), fuel smuggling, and sales of products in the black market, because their expectations are inconsistent with what the Venezuelan State offers. “Unfortunately, this way of living provides them immediate liquidity in the short term, whereas a university career is a long term goal.”

Moreno reckoned that, in addition to making money immediately, overall despair also stems from the fact that “young people hear from us that teaching is one of the worst paid jobs; hence, (young people) choose other majors related to security and defense, but not exactly to enforce law, but to obtain some additional economic benefits…”

From Moreno’s point of view, working as a university professor is not profitable, not even at the fourth level of higher education, because salaries are really low. For Moreno, the negative discourse, the easy way to make money out of smuggling, and overall lack of family values are some external factors behind college dropout.

Professor Javier Tarazona has studied how academic studies in Venezuela have lost ground to drug trafficking. “Young university students realize that if they become a professional in any area, they will end up earning an insignificant salary compared to large sums of money earned by people who are engaged in parallel economic activities, such as drug trafficking, smuggling, bachaqueo, and small-scale drug trafficking. Those people satisfy their needs quickly, unlike professors.”

He reckons that the state of affairs in bordering areas is complex and that the Venezuelan State should play a key role in eradicating conflicts and violence. However, Tarazona believes that a culture of peace leading to the changes Venezuela needs so badly can be fostered through education.

For Professor Flor Molina, the current economic situation in the country is a determining factor, as many young people hover between going to college and working to fulfill the needs of their families. “Students see illegal practices as an immediate job opportunity, which allows them to earn money and meet the needs of their households,” she commented.

For her part, sociologist Yvannova Duarte believes that the underlying problem is how education is currently regarded in the Venezuelan social structure. In the past, education was a feasible, legitimate alternative to move up the social strata. “Now, we see cases of young people who think that their parents’ work, effort, or savings will also provide for them, despite their different standards; people are different.”

Academicians reckon that both public and private universities, especially the UPEL as an institution that trains professors, have the responsibility of teaching the appropriate models in schools; in this case, professionals with values. “Awareness needs to be raised among children, adolescents, and adults, to make them see that education is the best alternative to change of social status. Whoever is admitted into an educational institution improves his/her lifestyle. If we educate and rehabilitate individuals, there will be fewer problems in the society.”

- Advertisement -
Paying the bills
Previous articlePanama: Changes its Immigration Policy
Next articleTwo In Hundred Births in Costa Rica Are Multiple