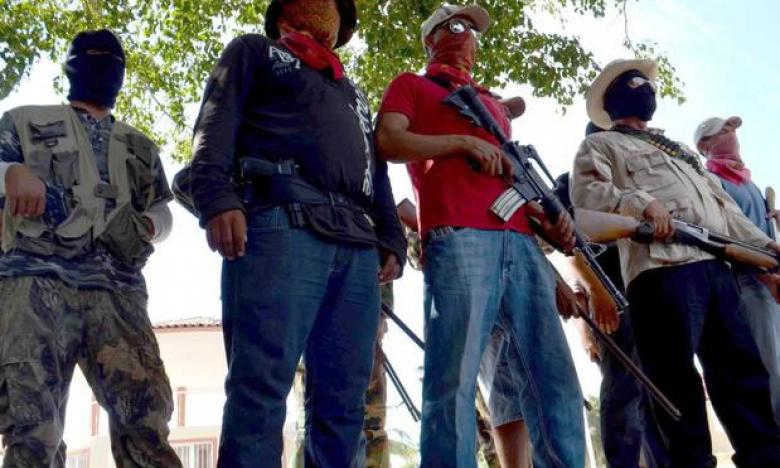 LATIN AMERICA – A recent study shows an alarmingly high support for vigilante justice in numerous countries in the Americas, a phenomenon linked to a lack of faith in often corrupt and inefficient state institutions, as well as other social and cultural factors.

Data from a study by Vanderbilt University’s Latin American Public Opinion Project (pdf) includes a score for the average amount of people who support extralegal justice in the region.

The numbers show the Dominican Republic in the lead, followed by Paraguay and Peru. Notably, the United States ranked within the top ten countries with the highest degree of support for taking the law into one’s own hands, ranking far above other countries with higher homicide rates, including Venezuela, Mexico, and Colombia.

The report stated that the demographic indicators most likely to correspond with support for vigilante justice was age — the younger the person, the more likely s/he will support vigilantism — and skin tone — with people with darker skin tones more likely to show support. Women and more educated people were the least likely to approve.

Whether it is lynchings in Bolivia or self-defense militias in Mexico, vigilante justice is a polemical and important issue in many Latin American countries.

It is unsurprising that countries such as Paraguay and the Dominican Republic — which have notoriously corrupt and inefficient judicial systems — should rank among the countries with the highest approval rates for vigilantes. The same goes for countries with a strong gang presence, such as Honduras and El Salvador.

In Haiti and Jamaica, support for vigilantism is likely linked to the fact that the state is largely absent for many people. In Jamaica’s slums, criminal gangs are often those who enforce the law, while in large parts of Haiti, the rule of law is often completely absent or in the hands of unaccountable militias.

In other high-ranking countries — like Peru, Bolivia and Ecuador — another factor may be strong indigenous cultures, as some indigenous populations retain their own judicial traditions and systems that lie outside of the formal state.

The answer to Latin America’s security problems lies with stronger, more accountable state institutions that weed out corruption, rather than extralegal action, no matter how well intentioned.

Perhaps the most surprising inclusion in the top ten is the United States, which, compared to other countries in the region, has a better functioning judicial system and less security problems. Although no explanation offered for this is in LAPOP’s findings, it is possible the ranking is related to a culture of “stand-your-ground” laws and the fiercely held belief in the “right to bear arms.”

While the survey shows that by and large, the majority of people in the Americas do not support vigilante justice, the levels of approval in low-ranking countries is nonetheless troubling. While the temptations of vigilante justice in countries with ill-functioning judicial systems are clear, relying on those who take the law into their hands is a highly risky system, with plenty of potential for violence and little accountability.

There are various examples from across the region that provide clear warnings about where vigilante justice may lead. Colombia has a long history of extralegal “justice,” ranging from counter-insurgency paramilitary groups that committed massacres, displacement and a litany of other atrocities, to urban “private security” groups involved in extortion and “social cleansing” of “undesirable” elements such as sex workers, drug users and the homeless.

More recently, a vigilante movement has exploded in the Mexican state of Michoacan, rising up to take on criminal group the Knights Templar. While they have been successful in battering the Knights and are now partially legalized, there is growing evidence that factions of the militias have criminalized and are possible candidates to assume control of Michoacan’s criminal economy.

In other countries, the security forces themselves have become involved in vigilante justice, with similarly violent results. In Brazil, militias mostly formed by current and former police to combat the influence of gangs have been implicated in a range of criminal behavior including extortion and murder. In El Salvador, there is growing evidence of police-run anti-gang death squads involved in extra-judicial killings.

These examples clearly demonstrate the answer to Latin America’s security problems lies with stronger, more accountable state institutions that weed out corruption, rather than extralegal action, no matter how well intentioned.

QCOSTARICA - The indirect effect of cold push No. 11 will...
Read more

QCOSTARICA - Costa Rica's oldest, among some of the oldest in...
Read more

Can an employer force a worker to get vaccinated against COVID-19?

Yes, you can survive Covid, but I wouldn’t wish it on my best enemy

RICO'S DIGEST - It's been almost a year since the first case was reported last March, we've been battling covid-19 in Costa Rica. And...
National

QCOSTARICA - A 32% decrease in road deaths last year would be an indirect effect of the health vehicle restriction introduced since mid-March as...
Health

‘Inappropriate conduct’ in December influenced the increase in the contagion rate

QCOSTARICA - "We are in an increase in the pandemic in Costa Rica, caused, among other things, by inappropriate citizen behavior during the month...
Health

Study: masks and vehicle restriction were the most effective against Covid-19 in CR

QCOSTARICA - When implemented together, the mandatory use of masks and vehicle restriction were the most efficient measure to reduce hospitalizations for Covid-19, according...
Redaqted

Businesses that outsource services must collect the VAT (Value Added Tax) from their clients on the total amount of the service and not only...