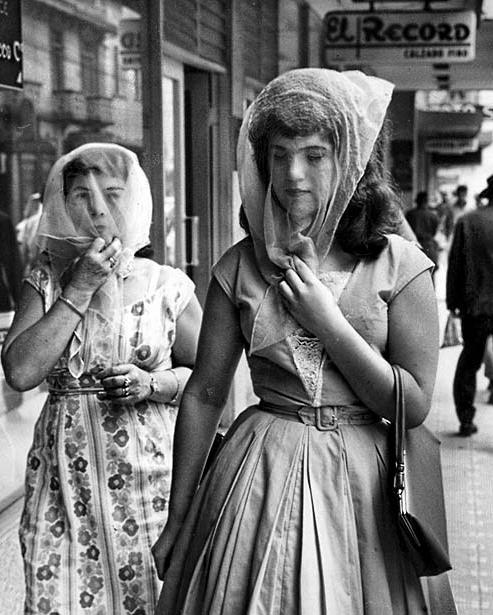 On March 19, 1963, the Costa Rican volcano Irazú began an eruption lasting into 1965. San José, the capital of Costa Rica, was daily covered by additional ash.

This was their report (photos below):

SAN JOSE, Costa Rica – Swirling clouds of cinders, a gently falling rain of ashes, and gritty sand underfoot have turned the once pleasant and verdant Central Valley of Costa Rica into a dismal vale of gray-black gloom.

In ordinary times San José is a charming city. Situated in a 3,800-ft. high valley, it is a clean, sunny, and delightful place to live.

But these are not ordinary times.

For 10 months the almost 300,000 inhabitants of metropolitan San José have been living in the “valley of the shadow of death.”

The citizens of San José walk to street carrying umbrellas, but there is no rain. They wear sunglasses, but there is little sun. The interminable fall of ashes and cinders makes life miserable indeed.

For the blizzard of “black snow,” which does not melt, has turned this once lush and green metropolitan area  into a tortured and crippled city. Parts of the Central Valley are dead, and other sections are dying.

One year later, staff writer George Natanson reported in a March 1, 1965, article that:

The decreased activity (of Irazu) has given Costa Rican housewives and Costa Rican municipalities a chance to put their houses in order. They have gotten rid of the pervasive dust, and homes and cities now are spic-and-span under the tropic sun. The people no longer need wear gauze ash masks to protect their lungs from the volcanic grit. There is no longer need for round-the-clock sweeping of streets.

QCOSTARICA -Since Friday, July 16, Costa Rica has been...
National

QCOSTARICA - The emergency due to the rains that...