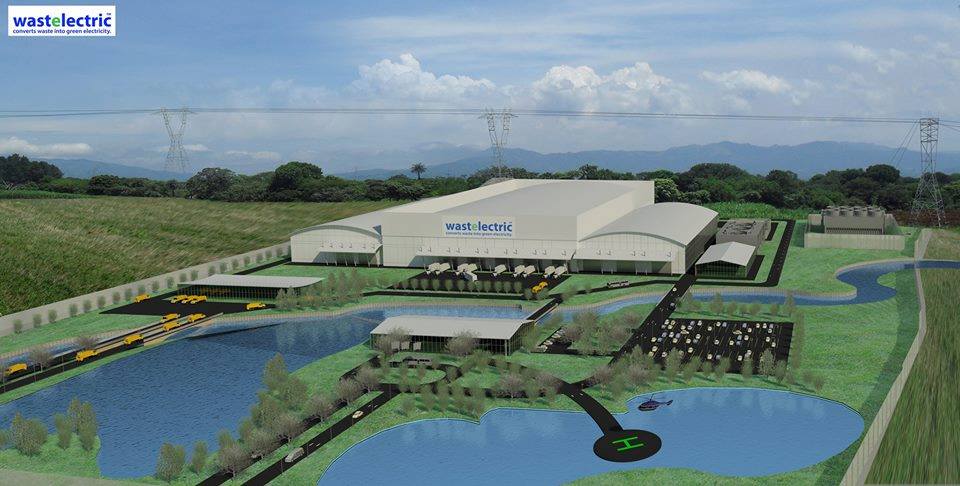 Within 30 months, Costa Rica could have the largest electric generating plant via gasification of solid waste in Latin America. The ambitious task is part of a US$390 million dollar investment in the country by Wastelectric, an American company that converts waste into green electricity.

Company spokesman Adrián Meza said the plant will be 40.000 square metres (430.000 square foot), built on 11 hectares located in the El Coyol, Free Zone in Alajuela, that will create 750 jobs in its first two phases.

At full capacity, Wastelectric can generate enough energy to power 108.000 homes (45 MegaWatts) monthly, to be distributed by the Instituto Costarricense de Electricidad (ICE).

In addition to Wastelectric, there are at least a dozen local and foreign companies interested in converting solid waste to energy.

According to Juan Antonio Vargas, the director of the Metropolitan Federation of Municipalities (Femetrom), the entity to coordinate the projects with ICE, the foreign firms are from countries such as Korea, Spain , England, France and Brazil.

Local firms include the firms Agropecuaria Setenta Cuarenta and Ocho S.A. that plans to develop a 1 MW gasification plant in León Cortes barrio of San José. Pirolíticos del Sur S. A. says it has permits to generate 5 MW of energy in Parrita de Puntarenas (between Jacó and Quepos). In addition, Coopelesca and Coopeguanacaste are waiting the green light for their respective projects.

On their websites, Setena Waste Energy International says it plans to develop a US$33 million dollar plant in Barranca de Puntarenas, a project that has been pending since 2011. Greenway World Solutions (headquartered in the US), also announced a similar project in Goicoechea, north east side of San José.

With and increase of 33% in the cost of electricity in the industrial sector in the past six years, renewable sources of energy seem one of the most reasonable ways to reverse the situation.