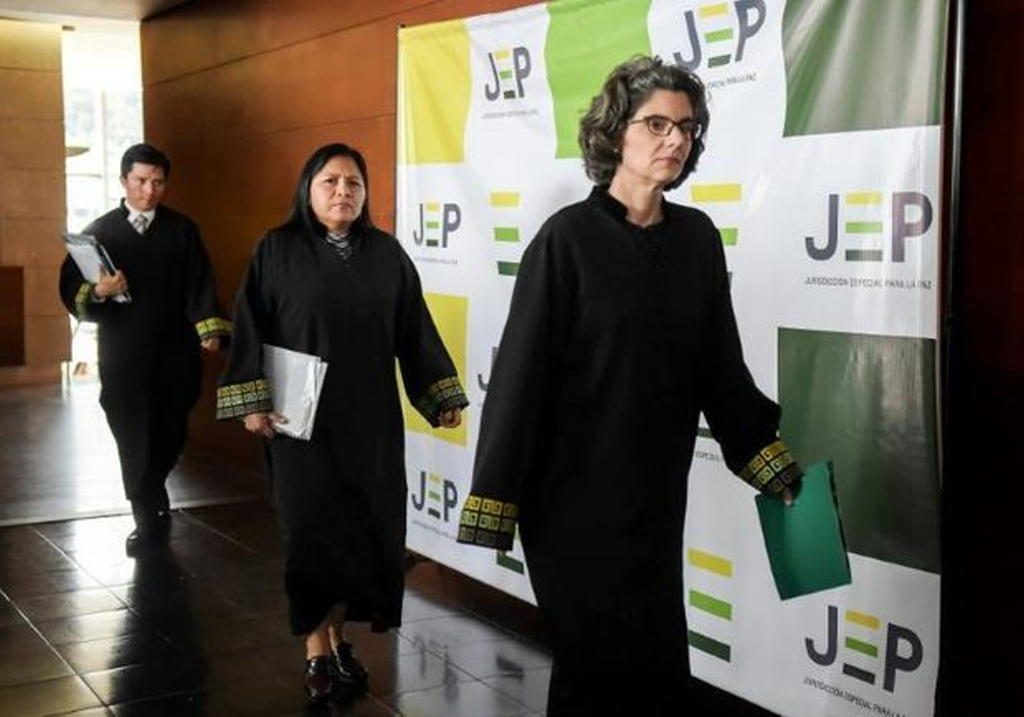 Former rebel FARC commanders in Colombia have appeared at a historic tribunal where for the first time they were made to answer for kidnappings and forced disappearances under the terms of a peace deal.

“We apologize to all of them, we will do the impossible so they can know the truth of what happened, we will assume our responsibilities,” said Rodrigo “Timochenko” Londono, the leader of what was until recently the most powerful guerrilla group in South America.

He was speaking at a tribunal that opened on Friday under a truth and reconciliation system agreed with the government to recognize the hundreds of thousands of victims of more than a half century of confrontation.

At the end of his appearance, the former guerrilla leader reaffirmed to the press commitments to contribute “as far as possible” towards reparations for those affected and to never again exercise violence.

During their long and failed struggle for power, the FARC resorted to abductions for economic and political purposes.

Thousands of hostages, including military, police and politicians such as Franco-Colombian Ingrid Betancourt, were kept for years deep in the jungle before being rescued or released, with many others perishing in captivity.

The prosecution has documented 8,163 victims of kidnapping involving the rebels.

The Special Jurisdiction for Peace (known by its Spanish acronym JEP) is examining the period between 1993 and 2012.

Thirty-one FARC commanders were summoned to the first hearing, but only Timochenko and two others appeared in person.

The rest sent lawyers, while one — Jesus Santrich, currently detained in Bogota and awaiting extradition to the United States on drug trafficking charges — participated by video conference.

The ex-rebels pledged to confess their crimes and make reparations to the victims as part of the 2016 agreement that disarmed 7,000 FARC fighters and led to the group becoming a political party last year.

Fulfilling the terms will result in five to eight-year-punishments in a non-prison setting that has yet to be defined.

If they fail to live up to their obligations they are liable to receive between 15 to 20 years in prison.

“This is a very important signal, because what it means is that everything that had been said about this being a peace without accounting was untrue,” he told reporters.

The peace agreement, signed in 2016, has divided Colombian society.

Half vehemently defends the agreement, while the other says the concessions it offered the rebels are too great.

Outside the building where the tribunal took place, around twenty people who were prevented from entering gathered in silence and exhibited photographs of those “kidnapped or disappeared” at the hands of the rebels.

“We need to know the truth most of all. They must only get reduced sentences if they tell us what really happened to the people they kidnapped,” said Olga Rojas, the widow of Sergeant Jose Vicente Rojas, who disappeared in 1992.