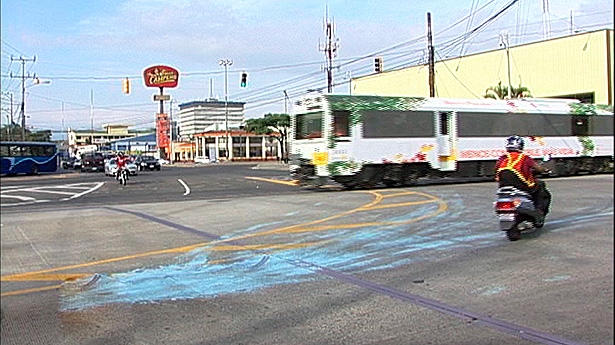 The director of the Policia de Tránsito (traffic police), Germán Marín, admits to operating under staffed and with not sufficient resources to adequately provide patrols and coverage on the country’s roads.

The director says that the staffing problems does not permit the type of controls the public expects and demands.

“There is a group that in charge of the issue, but to be sincere, a lack of personnel limits us very much”, said Marín.

The director pointed out the problem faced this past Monday, when there were 53 traffic accidents during peak hours. This means traffic officials are attending to accidents and cannot be out on patrol.

The lack of traffic officials – currently there some 1.100 countrywide – means that drivers do not have to concern themselves too much with respecting the rules of the road.

Most know that, especially during peak (rush) hours, there aren’t enough traffic cops to control the use of seat belts, talking on the phone while driving, etc…including the traffic restrictions of San José, which more and more drivers are “taking their chances” that they will not be stopped.

On Tuesday and Wednesday this weekend, on the Circunvalacion eastbound before the Autopista bridge, a place where traffic cops are usually stationed mornings and afternoons, there weren’t any to be seen.

A quick count of vehicles, between 5:45pm and 6:15pm each day, revealed that 1 in 4 vehicles were with restricted plates: 3 and 4 on Tuesday and 5 and 6 on Wednesday.