What are the most in-demand skills for freelancing? 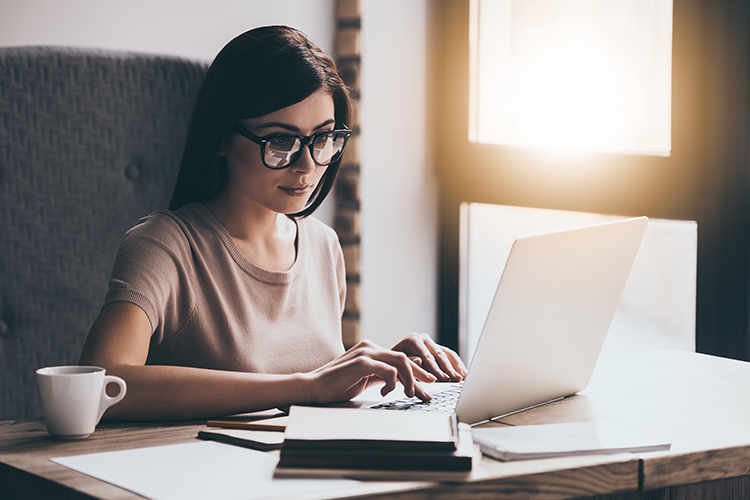 The prospects for freelancers are said to be enormous as long as they keep themselves up-to-date with demand and keep improving and acquiring new skills. It is also being averred according to some that freelancers would outnumber full-time workers by 2027.

Those who want to be freelancers need to be ready to undergo considerable training, or education, if possible. Motivated people and those ready for challenges will have an edge if they are equipped with sought-after skills, which will mean that they will never go out of demand.

In a dynamically changing marketplace, it is imperative for freelancers to keep acquiring new skills and upgrading the ones they already possess. Without flexibility, it is difficult for on-demand workers to continue to be in demand.

Industry reports state that employers are finding it difficult to hire skilled freelancers, more so in certain niche sectors. Specialized skills are becoming the need of the day. Business houses increasingly seek candidates with specialty skills such as artificial intelligence, data science, blockchain technology, business intelligence, virtual reality, and augmented reality, among others.

Owing to this, enterprises are reportedly becoming more amenable to hiring services of gig workers for both short and long-term requirements. When they want to hire freelancers, it will not always be just a one or two, but, sometimes, a team consisting of 10 or more.

According to Forbes, businesses all over the world are looking for talent. Talented people can now decide from where they want to work, how they will approach work, and how much their pay would be, besides other terms concerning their work life.

Freelancing will also change the dynamics of work in a way which was not envisioned before. For instance, people will no longer need to flock to metropolitan cities in search of good opportunities when there is an option of working remotely. As the strength of freelancers grows, so will their power to negotiate with enterprises who require their services. It is expected that by the next decade, freelancers will be able to influence policymakers to draft new laws to protect their rights owing to their huge numbers.

As the 2020s approach, qualified freelance workers in advanced technology will be preferred.  For people wanting to freelance in technology, there are few areas which will be coveted more than the others. They, should, however, develop these particular skills. Freelancers should train themselves in one area by undergoing training and honing skills in those specific areas to ensure that they develop command over it to be experts.

Most people are betting on Blockchain technology, which is not only used for cryptocurrency transactions as it was before. These days, trial blockchain projects are being tried in most of the sectors like insurance, logistics, healthcare, legal field and also by the governments. If freelancers develop proficiency in this technology, it will pay dividends for some time to come.

According to a study, robotics and IoT specialists will be in high demand, as the latter will make their way into smart homes and devices of all types. Robots, meanwhile, will replace humans to execute simple and repetitive tasks. The skill to program the connectivity of IoT and remote devices that power them will be required by most sectors of the economy, including home security systems, appliances control, energy grids, etc. The ability to program robots to handle rudimentary tasks in sectors such as healthcare, manufacturing, and others will offer skilled freelancers’ profitability and assurance of long-term work.

One of the latest buzzwords in the sector of information technology is surely artificial intelligence (AI). It will make its presence felt in all the sectors. Professionals are developing new algorithms to enable machines to become smart with regard to obtaining information, absorbing it, and making use of the received knowledge to provide enterprises with new insights related to new products’ development, consumer needs, and strategies for marketing, among others.

Many companies are said to be evincing interest in hiring developers who are conversant with Tensorflow of Google, which is open-source software that is being put to use to develop machine learning applications, including computer vision development and neural networks.

Data science is gaining currency because businesses dealing with the surfeit of data are turning to data scientists to develop algorithms that will help in recording appropriate data, which will then be sorted, analyzed, and reported depending on each one’s particular requirements. It will help enterprises that will use platforms to embrace predictive analytics solutions.

Although Java is an old technology, it will continue to be in demand, as it is the foundation for many open-source projects. It is opined that demand for it will remain for some time to come.

Web designing is also a key skill which involves its practitioners to come up with the appearance and layout of web pages. Web designers will continue to be in demand in different types of businesses, with the flexibility for working on important projects.

Likewise, graphic designers will continue to thrive. According to studies, employment opportunities for graphic designers are predicted to rise 13 percent by 2020. Most companies are reportedly eyeing skilled freelancers who are ready to start work at immediate notice.

It is believed that there is more than enough work for writers, be they technical, content or academic, etc. Clients are always on the lookout for competent writers.

As any brand or company, these days cannot survive without an online presence; freelance social media marketers will be sought-after to unveil strong social media campaigns.

With the exponential growth of smartphones, enterprises need Android or iOS app developers to develop apps on the instruments using either of the two operating systems.

Smartphones have also spawned demand for transcribers because they need to convert audio files of meetings and conversations into written content, which is later submitted to media channels for dissemination.

Virtual assistants have also become indispensable in today’s technological world. Business leaders make use of them to help them handle tasks like scheduling appointments and corresponding through emails.

It is hoped that prospective freelancers will find this article helpful.

Author Bio: “My Self Sravani Mekala, I work as Staff Author at FieldEngineer.com a Marketplace for On-Demand telecom workforce, ranging from field engineers to high-level network engineers, project managers and Network Architects in 146 countries. I am a Computer Science engineer from JNTU. I can understand ongoing technology trends and keep myself updated in technology industry”

QCOSTARICA - The effects of the fifth wave caused...
Front Page