Where to live – West of San José

I originally started this series a couple of months ago but got sidetracked and wrote a series of blogs about different subjects.

Santa Ana
Santa Ana used to be the weekend retreat and summer destination for well-to-do Costa Ricans. There is a pleasant mixture of Many foreigners and Costa Ricans living in this town of 30,000 inhabitants and growing. 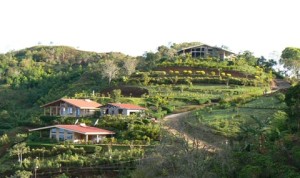 Santa Ana has experienced growth because of the new Calera Highway that begins at La Sabana Park and passes through Ciudad Colón to Central Pacific beaches and on to the port of Caldera. You can also get to Santa Ana by taking the old scenic road through the hills from Escazú. Despite this recent development parts of Santa Ana are still slightly more rural than Escazú. The town is is a good spot for retirees to reside because of its warm climate all year long and it is only a hop-skip-and-a-jump from the bright lights and entertainment of Escazú and all of its amenities.

Although Santa Ana is more rural and less developed than Escazú it still offers good supermarkets and some basic shopping. So, now you don’t have to go Escazú or San José for your essential products. Santa Ana also has a couple of restaurants that will rival those of Escazú. There are new high-end strip malls in the Lindora area just north of the new highway which feature restaurants, sports bars, spas, supermarkets and fast-food chains like Taco Bell, Wendy’s and McDonald’s.

Recently, there has been a building boom in the area. Every day some parts of Santa Ana more closely resembles the suburban sprawl found outside U.S. cities. There is more emphasis on gated communities rather than towers in the Santa area. Luxury homes in secure gated communities are a popular choice for middle-to-high-income budgets. The Pozos, Lindora and Río Oro neighborhoods seem to be the areas of greatest growth and choice. Upscale four-bedroom homes in a gated community start at around $250,000. Costa Rican-style homes in the older areas are still reasonably priced.

Ciudad Colón
Ciudad Colón or Villa Colón as it is sometimes called by old timers, is the farthest western suburb of San José,— about six miles beyond Santa Ana. There is a small group of expats who live there. The new highway which passes by Ciudad Colón has cut driving time driving time to the beach from Ciudad Colón in half. Ciudad Colón is sort of a misnomer in that it is not a city and has a small-town feel, with small Costa Rican stores. Every year this quaint town hosts a horse parade, or tope, where everyone gathers along the streets to watch the horses prance through town with their owners dressed in their best riding gear.

As Escazú and Santa Ana become less affordable and crowded, Ciudad Colón will grow. Property values have increased as more and more homes are being built on what used to be cattle pasture and coffee fields.

Puriscal
Santiago de Puriscal is a mountain town is about 17 miles to the west of west of Ciudad Colón. The town is often called called Puriscal or just Puri by the locals. Actually the word Puriscal comes from the word purisco which is the flowering stage of a bean plant. This picturesque area is located within easy reach of the most modern conveniences and services of Santa Ana, Escazú and San José. Many who live in Puriscal commute daily to San José since bus service is good.

The town’s cool mountain climate with its clean air, magnificent views are its main appeal. In recent years the town has become increasingly popular with foreign retirees because of its climate, rural laid-back setting , affordable land and housing. There are quite a few properties that offer breathtaking panoramic views of the Pacific Ocean, Gulf of Nicoya and the Central Valley. There is even a back road from Puriscal which comes out just north of Quepos. It is mostly unpaved, so be prepared for a rough trip. Another scenic country road which is paved goes from Puriscal to Orotina.

There are some new homes and lots for sale in the area but the only real development is Orchid Point Estates in San Antonio de Puriscal. It offers incredible views of the Central Valley and prices of the home sites are very attractive. Please see: www.orchid-point-estates.com

QCOSTARICA - Applying 150,000 doses per week of the covid-19 vaccine and establishing stricter vehicle restrictions temporarily, are the two main proposals of the...
Vaccine

QCOSTARICA - Adolescents of 16 and 17 years old with some risk factor in case of falling ill with covid-19 will be part of...
Coronavirus

The German health minister, Jens Spahn, said that despite falling daily cases of the COVID-19 in Germany, caution is still needed. "Everyone will experience this virus," Spahn...
Infrastructure

QCOSTARICA - It's been almost 43 years since the Circunvalación (Ruta 39) project, to provide the capital with a peripheral ring road, was started,...
World

QCOSTARICA - The Caja Costarricense de Seguro Social (CCSS) says that its hospitalization figures for serious covid-19 patients are in the red. In a statement ...
Consumption

QCOSTARICA - Despite the effects of the pandemic, "ferias" (farmers fairs) that are a staple on weekends across the country, from small towns to...
HQ

QCOSTARICA - Frequently the 911 emergency services receive calls reporting street brawls, "pleitos" in Spanish, and most are made from San José. And many...
Vaccine

QCOSTARICA - The landing of two separate and independent shipments of covid-19 vaccines this week, one from Pfizer and the other from Astra Zeneca,...