Though Costa Rican workers are often branded “lazy”, they are in fact in second place for the most hours worked in a year in the latest  Employment Outlook report by the Organization for Economic Co-operation and Development (OECD) published in 2017.

Tops in the the OECD list for the number of hours worked per year are another “lazy” branded workforce, Mexicans.

The OECD reports suggests the average Costa Rican works 2,112 hours a year (which equates to around 40.6 hours a week). Only Mexicans, on average working 43 hours per week (2,255 hours per year), top Costa Rican workers.

In comparison, the average Brit works 1,676 hours a year (32.2 per week) and Germans 1,363 (26.2 per week) according to OECD data. Also enjoying plenty of downtime are citizens of The Netherlands, Norway, Denmark and France.

Which nationalities work the longest hours?

Overall, average working hours have fallen in every country for which the OECD has data. Bigger decreases have been seen in other countries, such as Hungary. Its residents worked 2,033 hours a year in 2000; by 2017 that figure fell to 1,761.

Hours Worked as per the OECD

The data cover employees and self-employed workers. This indicator is measured in terms of hours per worker per year. The data are published with the following health warning: The data are intended for comparisons of trends over time; they are unsuitable for comparisons of the level of average annual hours of work for a given year, because of differences in their sources and method of calculation.

Costa Rica Labor Code Rules For Working Hours And Overtime (Crlaborlaw.com) Working hours vary slightly across the country. However, according to general pattern, daytime working hours extend to eight hours a day with a total of not more than 48 hours a week. 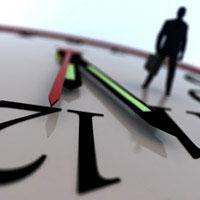 The Costa Rica Ministry of Labor allows an extension of working hours up to nine hours a day provided the work environment and the work would not affect the health of the employee. For example, employees in retail stores are allowed to work up to nine hours a day. The working hours in the private sector usually include eight hours of work on a daily basis from Monday to Saturday and from 8 am to 5 pm.

A 45-minute break for lunch and two 15-minute breaks for coffee – usually in the morning and afternoon – are allowed during working hours. Additional breaks might be allowed by certain businesses in the private sector.

The working days for Costa Rica Government employees are Monday to Friday with working hours 7.30 am to 4 pm.

Evening Or Night Shift Working Hours. Costa Rica Labor Code allows working time of six working hours every night with not more than 36 hours of night working hours per week. Night shifts are allowed from 6 pm to midnight or from midnight to 6 am. Weekends and public holidays are viewed as special working days with a maximum of 12 hours of work allowed per weekend.

Employees older than 15 but younger than 18 are allowed to work only six hours per day with a maximum of 36 hours per week.

Overtime. Costa Rica views overtime as an exception and allows it in only very necessary situations. All overtime work has to be paid with an extra 50% of the regular hourly wages. Overtime on holidays is to be paid at double the rate.