Why do so many in Costa Rica resist stopping the party?

The party is on ... and the virus was the guest. In a matter of three weeks, the authorities intervened in more than 3,500 social activities. The reasons why so many insist on continuing to party are complex and are not always explained with a simple birthday celebration. 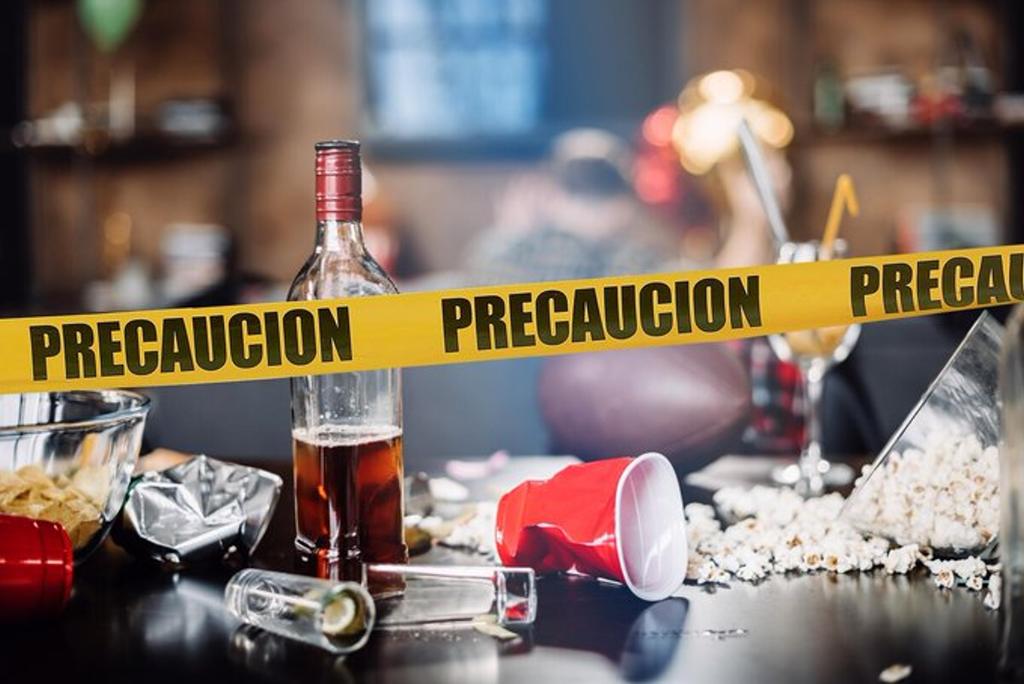 (QCOSTARICA) Those who have chosen to minimize social contact roll their eyes when they hear or read someone who says “what pandemic?”. Those who have gone weeks (months) without visiting the homes of loved ones who live outside their bubble do not understand how there are people nonchalant, happy and calm, partying in the midst of a pandemic, and who even so post it on social networks, challenging common sense.

Why do so many in Costa Rican resist stopping the party?

Although there is no single answer, specialists consider that there are some factors that can explain this carefree behavior during the health crisis.

Living in isolation is something that millions of people were not prepared for. No one knew what it would be like to deal with a pandemic.

The truth is that the COVID-19 went to show how far the level of adaptation and resilience of human beings can go in the face of a global health crisis, one that has already caused millions of infected and hundreds of thousands of deaths in the world, without a viable cure in the medium term.

Costa Rica has not been the exception and its inhabitants have had to radically modify their lifestyle to protect themselves from the virus. Suddenly, working from home grew considerably and face masks or shields became essential garments to leave the house.

The same happened with social activities in which people were used to sharing, enjoying their free time and relaxing: they were, are, and will continue to be one of the main sources of infection.

And although many have understood that breaking the social bubble with crowds to celebrate birthdays, social gatherings, or parties is not allowed in view of the risk that it can represent to contract the new coronavirus.

There are those who are simply not interested in this: they defy authority, they put at risk their health and that of others and even feed conspiracy theories that deny, without foundation, what the science says.

Since COVID-19 arrived in the country in March, Health authorities have tirelessly insisted on “the three golden rules” to avoid catching the virus: maintain social distance, wash your hands frequently and wear a face mask or shield.

By the beginning of June it seemed that the rules of the new normality were already clear.

However, in a couple of weeks, by the middle of that month, the Minister of Health, Daniel Salas, at the daily noon press conference announced what was incredible to believe that a group of approximately 50 people, attended a family party in Alajuelita. Several of the guests were infected.

Two days later, more than 20 people attending the celebration were carrying the coronavirus.

Although the case of the celebration in Alajuelita was intended to be an example of what should not be done during the pandemic, in reality, it would become just the first bad news related to clandestine social activities carried out behind the backs of the authorities and in disobedience of the public health guidelines.

A few days later it was revealed that a family of Pavas carried out an ‘autoté ’, to celebrate the upcoming arrival of a baby. And although it was not a celebration in an event hall or in a house, there were visits to some acquaintances to collect the gifts, hugs, kisses, and everything that had been asked not to do.

The result: more than 15 infected people.

Both the cantons of Alajuelita and the district of Pavas became the epicenter of the coronavirus in the country and together with the canton of Desamparados, became the first to be raised to orange alert in the Greater Metropolitan Area (GAM).

According to data from the Ministry of Public Security (MSP), only in the last three weekends (taking into account Friday, Saturday, and Sunday), 3,656 reports of social activities have been received, including parties and other events with large number of people crowded together.

“I think that at some point the entire society will come to the harsh reality that this is serious and that people die. I think that as the pandemic progresses, there will be a little more respect,” says Michael Soto, Minister of Security.

“Most people stop the activity when the police arrive,” adds Soto.

Daniel Calderón, director of the Fuerza Publica (national police), explains that since the pandemic began, they have had to deal with these festive gatherings, usually facing resistance from those who attend.

“It is a recurring problem. From the beginning we have had to deal with circumstances where people become aggressive, violent, we have had police officers beaten, injured, where we have even had to make arrests, and the acts of violence have increased. They are linked to the consumption of liquor on the street and at parties,” he details.

Calderón affirms that the most violent situations have occurred in the most vulnerable – the poorest and conflictive – areas of the country.

And all this despite facing a fine equal to one month’s salary for those who hold parties at times when public health is in danger, or imprisonment of one to three years, or a 50 to 200-day fine for violating the measures imposed by law or by the competent authorities to prevent the spread of an epidemic.

Minister Soto states that these punishments have not yet been applied, but he does not rule out such sanctions in the future.

But why are citizens opposed to following the instructions of the authorities when their health is at risk?

For starters, experts agree that no one knew what a pandemic was, or what it would be like to survive in the midst of uncertainty, where parties, gatherings, and the way of relating to others changed dramatically from one day to the next, without prior notice.

“We have been in containment of our daily activities for four months and that somehow causes our rationality of understanding to deteriorate and that we begin to violate criteria of rationality, such as restraining ourselves from socializing. There is wear and tear and lack of understanding of the facts,” explains José Carlos Chinchilla, a sociologist at the Universidad Nacional (UNA).

At this point, Chinchilla assures that there is, in the human being, a need to return to the past, to return to what was already habitual as a member of society and that, in one way or another, brought joy to people.

This causes many today to be exhausted and unaware of the level of risk that the country currently has.