Why is Costa Rica A Very Happy Country?

COSTA RICA JOURNAL — Are Costa Ricans satisfied with their government, standard of living, income, and society in general? How is the poverty level in the country? How is Costa Rica different from its unstable neighbouring countries with similar geographical features? Or, why is Costa Rica doing so well while its neighbours are not? What is Pura Vida?

Following are some of the answers found on Quora of questions we often hear of people wanting to know about Costa Rica. 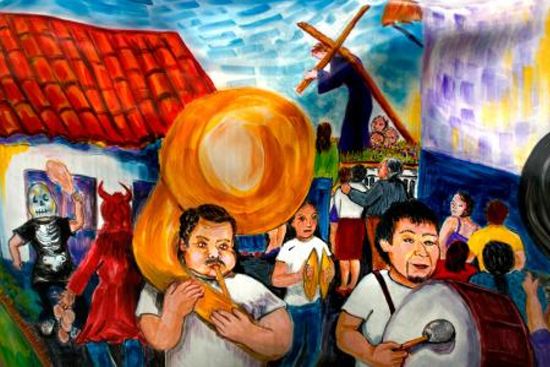 “Well, the answer to the first two questions is no. Costa Ricans are not satisfied with the government, or the social status. We think we deserve better, though many of us are very aware that we are a blessed country. But, I must say that Costa Ricans are very sure of one thing: the road to well-being is more related to friendship, nature, education and good health, rather than money.

Strong social binds, contact with family and friends, a not so obsessed with money (or things), life, a lot of music, nature, culture and organic fruits and meat, and an easier way to approach failures are the keys of the pura vida way of life. Governments come and go, just like the jobs.

‘Pura Vida’ means ‘pure life.’ It is used like Aloha in Hawaii; as hello and goodbye, but also as ‘okay, sure’ and ‘don’t sweat it.’ The weather in Costa Rica is exceptional, and when you’re listening to toucans singing overhead, while gorgeous flowers are in bloom all around you, it’s easy to stay in a good mood.

Another Costa Rican concept is ‘tranquilo.’ Anytime someone apologizes profusely for something minor (being late, stepping on your foot, forgetting your name) the standard response is ‘tranquilo.’

Carlo Scappaticci, who had travelled a lot in Central America:

“The government still are as corrupt as any other. funneling of funds and under-the-table deals happen in Costa Rica just as it does in any other country. It is a country with evident poverty that can be around the corner and in the nearest river valley. As far as standard of living goes, every house is entitled to have the government to connect fresh water and power to it.

The main reason Costa Rica does so well is that it is a temperate climate with good natural resources, fairly normal geography and as a result of no military, it has good social policy and somewhat decent provision (see above). From all of this, tourism is flourishing and is a major export.

Pura Vida, is the ultimate demonstration of the happy culture. The direct translation is not as meaningful as knowing when to say it. It is a direct replacement for “Good-bye” or even “Thank you!”. Don’t feel awkward saying it, it will make people smile.

There are seemingly great countries to live in, like Switzerland or Canada. Funny enough, Costa Rica has been referred in the past as “The Switzerland of Central America” there’s a song about it, too!

In reality, life in Costa Rica is not as good as in those countries, but the general opinion in Costa Rica, is that it’s far better to live here than in the other Central American countries, which have many problems with maras, guerrillas and constant armed conflicts.

I could tell you that, even if you’re an immigrant or low-class, life is relatively calm in Costa Rica. Of course, there are bad zones where crime occurs more often. But there are business-oriented zones where the majority of the population goes to work, and there are rural areas where people enjoy a more relaxed (albeit still hard-working) life.

Here we have social security, so health care is a big plus; you only have to contribute every month with a rather small amount (about $30) in order to (ethically) obtain consult, medicines, surgeries, etc. Of course, you can go to an emergency room, get treated and bail without paying (many immigrants, tourists and poor people do this), but, even if it’s “legal” that’s still sucking money from the contributors.

We have beautiful national parks, volcanoes, beaches and museums. The country is small so you can travel from one end to another in about 8-10 hours if there’s no obstacles.

As you can see from the above, the answers are varied, all from a different point of view and life experiences.

Costa Rica has some of the best beaches in the world. The coastline is blessed with golden sand, beautiful palm trees, and perfect blue...
Trends