Why We Are Leaving Costa Rica 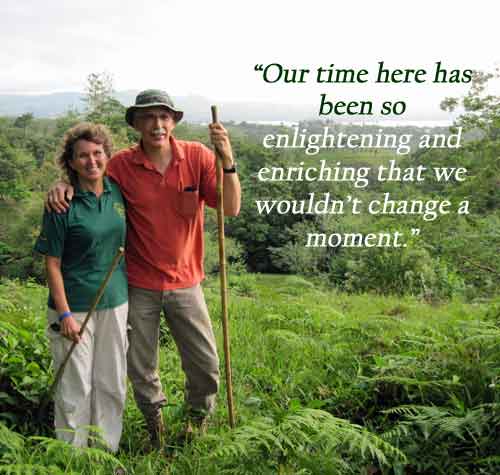 QCOSTARICA  via Retireforlessincostarica.com – The Decision. In August of 2012, I wrote the article “Why We Chose Nuevo Arenal” for the Retire for Less in Costa Rica Newsletter. After retiring from my work as a civil engineer in Canada in 2009, my husband, Scott, and I spent our first 3 years in Costa Rica renting and, then in 2012, built a beautiful home on a gorgeous 5-acre property in Nuevo Arenal.

Our intent was to live here for many years. Fast forward two years since the completion of our house construction and we are packing up and preparing to leave.

Many people have asked what would ever possess us to give up this seemingly idyllic lifestyle and return to the frozen north (Newfoundland) especially during the winter. To answer that question, I need to start at the beginning….

The First Years in Costa Rica. When we arrived in Costa Rica in 2009 everything was new to us; the landscape, the culture, the customs, the language. It was all very foreign and exciting – not to mention challenging. Between learning to speak Spanish, ploughing through the red tape of the residency application process and simply learning to function in the completely foreign environment, we found ourselves totally exhausted many nights. Simple day-to-day life required work – nothing was routine but that was all very interesting and stimulating to both of us. We loved every minute of it and would laugh between ourselves each night about crazy things we had inadvertently said in Spanish or marvel at the difference in the attitude of the Ticos compared to most North Americans.
Setting Down Roots. We loved it all and we decided we would stay so we bought our land. The process of designing our house, acquiring necessary permits and finally constructing was so different than in Canada (and we had both had plenty of experience with that). Here we felt like amateurs, but honed our skills as we went along. Luckily we had a very competent, dependable and honest builder so all went well. The total process from initial concept drawings to move-in date took about another 12 months and it was a very busy time for us.

We were heavily involved in the design of the house and provided detailed sketches on many features so that everything would be just the way we wanted. We were on site for the build every day and had “homework” many nights to provide sketches or pictures of how we wanted certain aspects to be. Since almost everything here is handcrafted, you do not go for example into a kitchen cabinet store and select from standard layouts. You specify the height, width and depth of each cabinet and drawer which means that you need to plan for everything that you want to store. The process forces you to think in tremendous detail rather than simply selecting a standard 3 drawer 24” base cabinet.

Home Sweet Home. We moved into our new home almost exactly 2 years ago. I would not say that we have mastered Spanish by any means but we are quite functional in the language and not at all hesitant to converse with local Ticos. We obtained our residency on our own without assistance from a lawyer or ARCR four years ago, we have renewed our RITEVE (car inspection) on our own four times, so many of the big challenges are now second nature and we are able to relax much more. Therein lies the problem in a nutshell.

Now What? Soon after building completion I began to feel too idle. I did become more active, became a quilter, a gardener and took on numerous volunteer efforts. While all of this kept me busy, I still felt unfulfilled. Meanwhile, during our time in Costa Rica, I had returned to Canada each year for 3-4 months to work on various engineering projects and I really began to look forward to those stints. Eventually I came to the realization that, at 51, I had retired too early. I really valued my profession much more than I had realized and without it, I was stumbling around seeking an equally fulfilling purpose. This was a shocking discovery for me because I had felt so ready to abandon working life in 2009 and I really believed that I would be content with more “being” and less doing. I suppose we never really know until we try.

This year, Scott and I spent a fabulous summer in St. John’s, Newfoundland where we reconnected with family, long-time friends and that fabulous place that words cannot describe. Scott, a musician, was re-inspired by the world class calibre of musical offerings and opportunities there. In October, I was offered a great job there that enables me to combine so many of my professional and personal skills. We both feel that all of this makes it worth taking on winter in the North Atlantic.

Maybe we’re crazy. Maybe we’ll be back. But it feels right for us right now.

In Retrospect. So was it a mistake to come to Costa Rica and what would we change? Definitely not, and nothing! Our time here has been so enlightening and enriching that we wouldn’t change a moment. The amazing things that we have seen and experienced here are the bases of memories and stories that we will share for decades. The genuine friendships that we have built here are like no others and we expect they will last a lifetime.

For us, Costa Rica has been a fabulous adventure, pure and simple. We would not hesitate to recommend that others give it a try – provided you are sure that you aren’t too young to retire!