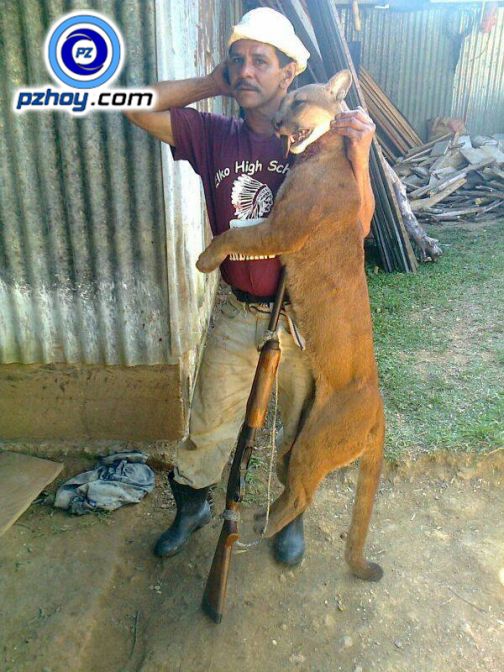 COSTA RICA NEWS – In rural areas wild animals often attack cattle, poultry and other livestock – even dogs and cats –  to feed and that is sometimes the reason locals hunt them. 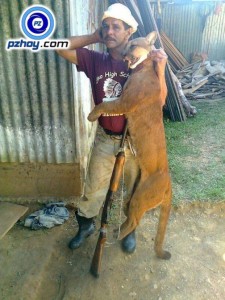 While many of the animals are hunted to protect livelihoods, the problem is, that hunters also kill these animals for sport and use photographs to display them as a trophy, not considering the damage they are doing to the ecosystem and legal problems they may face.

In the case of the man in the photo, Teletica reported on April 25 that the Organismo de Investigación Judicial (OIJ) and SINAC officials in the Áreas de Conservación de Buenos Aires began an investigation to locate the man holding up the cougar. Officials believe the incident occurred in the area known as San Luis de Chánguena de Buenos Aires.

Authorities are not very optimistic in what they call an “unfortunate event”, one that it will be difficult to identify and locate the man and then for lack of sufficient evidence to accuse him.

Cougars are considered an endangered species in the area.