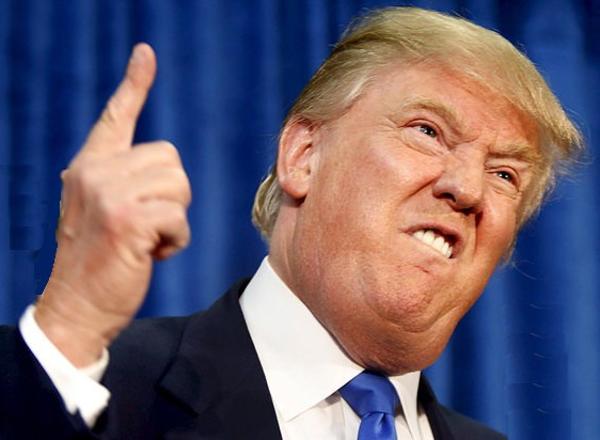 QBLOGS – I’m a Canadian/ Costa Rican (naturalized) and I won’t be voting in the U.S. Election in November. However, I still believe that I’m qualified to comment on this subject, as the U.S. President is commonly referred to as being the “Leader of the Free World”, of which Canada and Costa Rica are a part.

I consider myself to be a moderate conservative politically speaking, probably being closer to the Libertarian ideology over-all (Socially liberal, but fiscally conservative). As such, I understand the quandary that the U.S. conservative electorate is having, being mainly of the Republican Party persuasion.

The Republican and the Democratic Party Establishments do not have a recent history of representing the U.S. electorate well and many in the electorate for both mainstream parties are of the opinion that it is time for a complete change. But does a complete change include the likes of electing a President Donald Trump, merely to satisfy the requirement for change?

I would agree with the majority of Republicans, that Hillary Clinton, for different reasons, is less than a satisfactory alternative. In my opinion, there really is no viable choice for the Office of President, for the Republicans, or the Democrats, this time around.

Donald Trump has a business background, which is a positive attribute to have when running for the position of President of the U.S. However, Democratic Governments operate differently than businesses and require a much broader background knowledge than merely transacting business deals.

As CEO of his various businesses, Donald Trump has acted more in the capacity of a dictator and not as a “team player”, as is required in the case of a President of a Democratic country, such as the U.S.

In his rally speeches, Trump constantly refers to actions he will take in the first-person figure of speech, with phrases such as, ”I will fix….”. A Democratic country has a division of governmental powers between the three Branches of Government, Congress, Executive, and Judiciary; there is no room for an “I will do anything” response.

Trump’s recent meeting with the Mexican President over his Immigration and NAFTA stance, shows that his understanding of the requirements of the position of President, center on “The Art of the Deal”, and are absent a more broader range of required knowledge and other considerations involving in part, Foreign and Social Policies.

However, assuming the foregoing could be learned by a President Trump and “The Art of Delegation and Consultation” replace his obvious knowledge of “The Art of the Deal”, there are some more troubling underlying personality flaws that Trump has, bordering on the schizophrenic, which I believe can’t be corrected by education. This involves the different personality traits that Trump displays, depending on the venue.

The Mexican President states that he emphatically stated that Mexico would not pay for the construction of such a border wall. Within a matter of a few hours of his meeting with the Mexican President, Trump was in Phoenix, Arizona, delivering his usual “fire and brimstone” speech on Immigration, emphasizing that Mexico would have to pay for the border wall, among other hostile quips.

Such changes in Trump’s personality traits have been displayed in many other instances throughout both the Republican Primary and now the General Election Campaigns.

His lack of having the required presidential command of the English language, resorting to the use of vulgarities and “name-calling”, tends to exacerbate these personality problem issues, leading to unnecessary ambiguity and in many instances offensive and hurtful interpretations by others, of his stated policy positions. This has lead to a considerable amount of media time being spent on clarifications of such matters, to the detriment of the electorate hearing about important policy considerations, required to make an informed choice for President in November.

Having viewed Donald Trump’s lack of ability to state in clear and concise terms, what his workable policies as President would be on any given topic, based upon his acting as the Democratic President bound by the U.S. Constitution, rather than as the Dictator, of the United States of America, I believe that my question posed in the title of this blog, is somewhat rhetorical. In my opinion, the real Donald Trump has clearly stood–up and has been standing for quite some time.