World of Obsessions. In Costa Rica It’s A House!

QCOSTARICA – In Costa Rica it’s the cost of a house, in Nicaragua to retire, in Panama a Parasail , while Panama hats are popular in Ecuador. Prostitution is of interest in Brazil and Colombia and Uruguay. And in Chile and Honduras the price of coke is important. 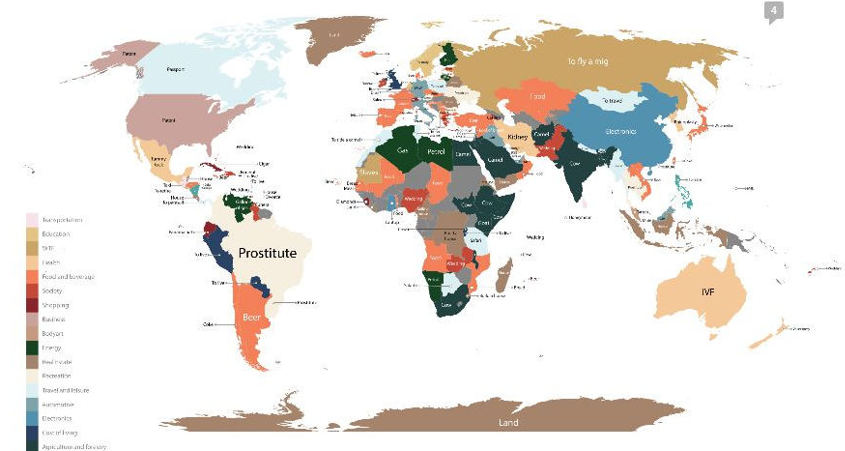 Venezuelans desire “A Gallon of Gas, while in Peru it is the cost of living and in Argentina, a beer.

Life in North America appears relatively boring. So boring that Canadians are chiefly interested in the cost of a passport for leaving the country, or a patent in the United States. Better to go to Mexico where everyone has great abs, as the cost of a tummy tuck tops Google searches. 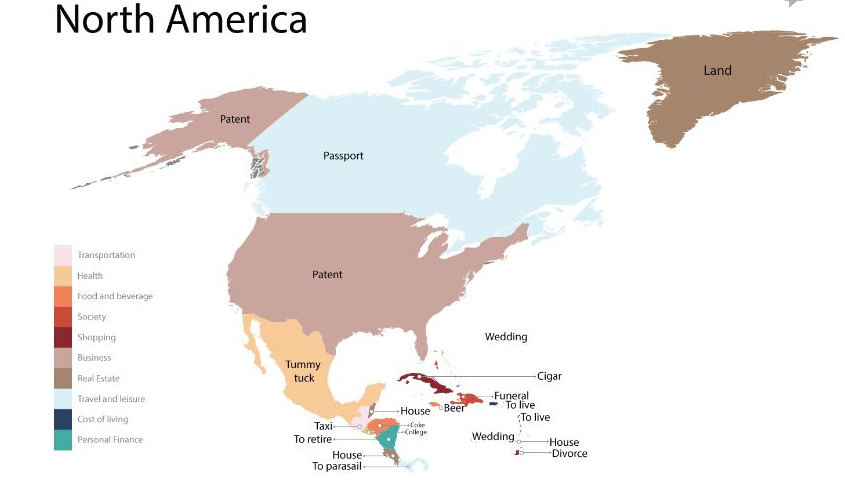 Fixr.com, a cost-estimating website has put together a map of the world with the most-Googled things in each country, using the autocomplete formula of “How much does * cost in [x country].”

The results were then recorded and put into an infographic to see how countries and continents compare. Google’s autocomplete function provides suggestions derived from common Google searches by other users. Comparing autocomplete results for searches on different countries reveals how certain places are perceived by people around the World.

The cost of a prostitute is the most Googled demand in a range of countries, such as in Brazil, Ukraine, Bulgaria, Hong Kong, Colombia and Latvia. Slaves crop up in Mauritania, diamonds shine in Sierra Leone and cocaine fires up Honduras, Chile and Taiwan – these are some of the most Googled and weird demands in each of these countries.

It turns out that Google searches for the cost of something vary widely depending on the country of interest. For example, people are most interested in the cost of a passport in Canada

The search results turned out to be hilarious and informative, and gave a peek into humanity’s cost obsessions per country.

“Looking at some of the most popular Google searches throughout the World reveals some cultural differences, but also many key similarities. It also provides insights into the sometimes strange things people think about when they are alone,” says fixr.com website.

Some quirky search results for Europe include Rolexes in Switzerland, mooring a yacht in Monaco, nose jobs in Albania, and flying a MiG (a Russian fighter aircraft) in Russia.

Apparently New Zealanders are a frisky lot, with great interest in vasectomies, while their Australian neighbors are concerned about the cost of in vitro fertilization. Quite the paradox. 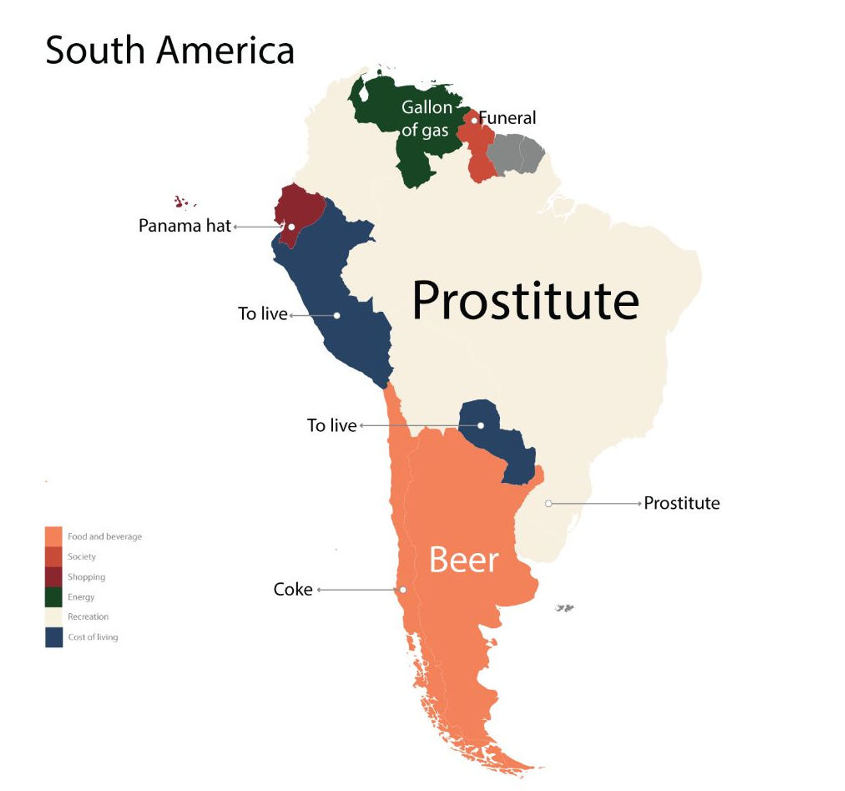 QCOSTARICA - Faced with wasting a vaccine dose when people in the priority groups scheduled do not show up, and a substitute cannot be...
El Salvador

QCOSTARICA - No doubt, vaccines are one of the most powerful tools to maintain control of Covid-19, but when it comes to entire populations,...
Entertainment