You Can Start Your Own Business in Costa Rica

Of 115 countries, Costa Rica came in first in Latin America and ninth in the world with respect to nations offering greatest commercial freedom and protection for private business, according to Freedom and Development, a Chilean research institute. As a foreigner, you can invest in Costa Rica and even start your own business with only a few restrictions. 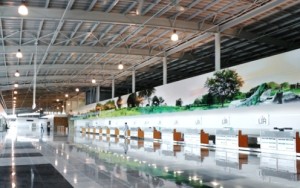 If you plan to go into business here, it is very important to be aware of the local consumer market in order to succeed. Most of the country’s purchasing power is located in the Central Valley. A total of 75 percent of the country’s population resides in the central provinces of San José, Alajuela, Heredia and Cartago. About 60 percent of the population is under than 30 years old.  Intelligent business people will try to meet the needs of this group.

You may also think about targeting tourists and upper-class Costa Ricans. A wealth of opportunities is available in tourist-related businesses. Upper-class ticos  have a lot of disposable income and the greatest purchasing power. They do not mind spending a little more on good quality products. Just look at their expensive designer clothing, their expensive imported automobiles and many palatial homes.

The majority of the country’s middle-class consumer values are now more akin to their U.S. counterparts. You can see this starting to take hold with a number of shopping malls being built around the Central Valley and the popularity of stores such as Radio Shack and mega warehouses like PriceSmart and Walmart (formerly Hipermás.) Middle and upper lower class Costa Ricans seem to want all of the goodies so much that  sales of cellular telephones have temporarily  exceeded the availability of cellular phone lines.

One group to target is the lucrative foreign-resident market. There are approximately 50,000 full-time foreigners living in Costa Rica. All you have to do is look for a product to fill their needs. Most yearn for hard -to-find-products from home and would rather buy them in Costa Rica than go to the United States to shop.

Costa Rica is ripe for innovative foreigners willing to take a risk and start businesses that have not previously existed. Start up costs for small businesses are less than in the United States or Canada. Many of the same types of businesses that have been successful in the North America will work if researched correctly. There is definitely a need for these types of businesses. You just have to do your homework and explore the market. Be aware that not everything that works in the United States will work here. Also you may have to adapt your idea due to the vagaries of the local market and different purchasing power.

Costa Rica’s local artisans make scores of beautiful handcrafted products such as furniture, pottery and cloth. With so many choices, a smart person can find something to sell back home.

Costa Ricans love anything novel from North America.  Many  stores sell both new and used trendy U.S.-style clothing. Costa Rican teenagers dress like their counterparts in the United States and even watch MTV. U.S. fast-food restaurants such as Taco Bell, Burger King, Pizza Hut and McDonald’s are extremely popular. Real estate speculation can be lucrative if you have the know-how and capital.

Web-based businesses can be run from any place in the world. They don’t depend on the local market but the global economy. We know scores of entrepreneurs of all ages who run web-based business in Costa Rica.

Here are examples of foreigners who found success in Costa Rica.

A Place to Learn  Languages
American David Kaufman is the founder of Conversa, Costa Rica’s oldest and most successful language school.  David earned a Masters Degree in linguistics and served in the Peace Corps in the Dominican Republic. At his school’s two campuses, Spanish is taught to foreigners and English to Costa Ricans.

A Mail Service for Expats
About 10 years ago, Jim Fendell realized  the need for a fast reliable mail service as an alternative to the regular Costa Rican mail system. Thus Aerocasillas was born. Today they  offer similar services in Panama and several other countries in the region.

QCOSTARICA - The International Monetary Fund (IMF) finally said yes to the loan for almost US$1.78 billion and to the fiscal adjustment commitment proposed...
Nicaragua

QCOSTARICA - The images filled the morning news television screen, for no apparent reason, the driver of a big rig begins to beat with...
News

QCOSTARICA  - Twenty eight Costa Rican's are lining up who want the position that Carlos Alvarado when he leaves office on May 8, 2022,...
Employment

QCOSTARICA - The latest unemployment figures show that women have been affected the most during the pandemic: more than a quarter of the female...
Front Page

QCOSTARICA - Friday night, Costa Rica paid tribute to the memory of all the people who have lost their lives due to the pandemic...
Health

QCOSTARICA - From the start of the vaccination program against covid-19 on December 24, 2020, 193,273 doses have already been applied countrywide.   Of this total,...
The Americas