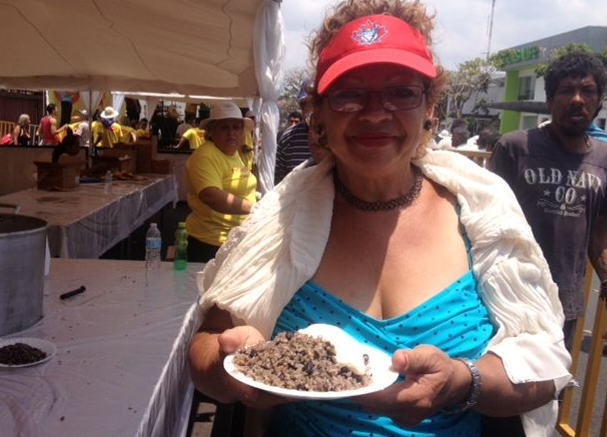 More than 300 chefs prepared tens of thousands of rice dishes, mixed with beans, some onion, sweet pepper and cilantro, serving up Gallo Pinto to some 100.000 people who came out under the scorching noon sun on Paseo Colon.

Organizers say it took some two tons of rice, one and a half tons of beans and tons of “smells” to prepare the meal.

Johnny Araya, the mayor of San José, was at the head of the line for the free meal, part of the “smokeless Sundays” in San José. Every Sunday, during the summer months, vehicular traffic is banned on Paseo Colon (from the La Sabana park to the Children’s hospital).

Besides the food, there was tropical music, with many dancing in the street while waiting for their plate of Gallo Pinto with natilla (custard).