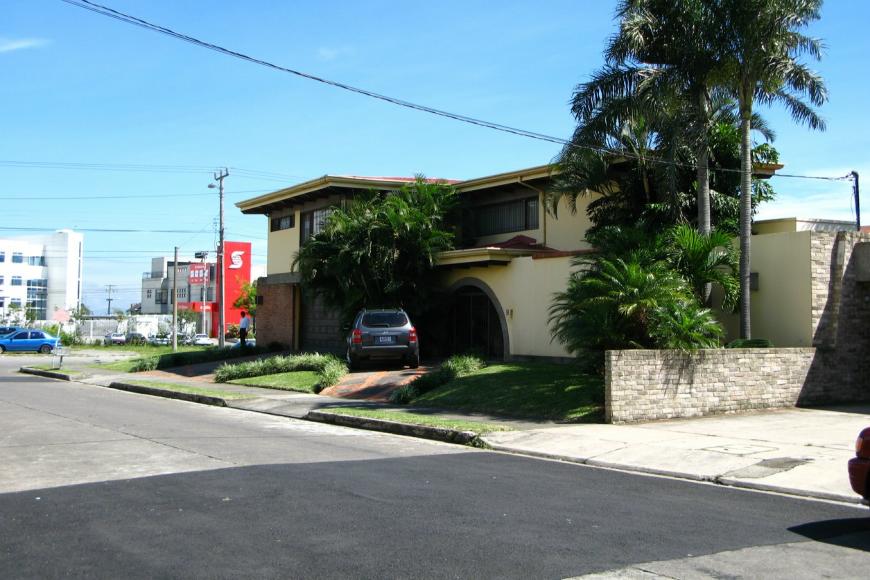 QCOSTARICA – Don’t you just hate living in a condominium or a gated community in Costa Rica? Live in the face of your neighbor who can see everything you do? Or live below that woman who starts running around on high heels at 5 am every day? Or having to take extra driving lessons to learn how to drive out of your own carport without hitting one of your neighbors’ cars? Or you’re fed up paying high condo fees and the administrator does not pay any attention to anything except his own salary?

That’s easier said than done though; many single family homes for sale in Costa Rica were built several decades ago and they will need some repairs, renovations or TLC as we call it. TLC means Tender Loving Care, which could be just a paint job or minor repairs, or it could be a total renovation.

Old houses in Costa Rica that were built 30 – 40 years ago, like the ones you will find in Rohrmoser, Barrio Don Bosco, Tibas, Moravia, Zapote, Barrio Dent, Barrio Escalante, were built with different standards than houses are built nowadays.

Apart from a new tile job on floors, kitchen and bathrooms, there are a lot of other TLC aspects that will need some thought before you make an offer. Most sellers of old houses do not realize how much work their home needs for a new owner to move in and be happy. Usually a house depreciates 2% every year, so a 40 year old house is almost worthless, except for the land it is built on. The added cost of planning, permitting and renovation needs to be recovered by the buyer, the reason for this article.

When looking to purchase such an old house in Costa Rica, there are quite a few aspects that you should seriously pay attention to:

The doorbell and alarm system

Home security was not an issue in those days. Security bars didn’t exist and doorbells are usually located next to the front door and not on the gate at the sidewalk. Alarm systems were not necessary, as most families had a house keeper to be home all the time, and wiring a new system might create some difficulties.

The garage or carport

Most families in the sixties and seventies had only one family car, so many carports and garages of a house built-in those years will fit only one car. If you have a SUV, better bring your measuring tape with you to see if your car will fit. 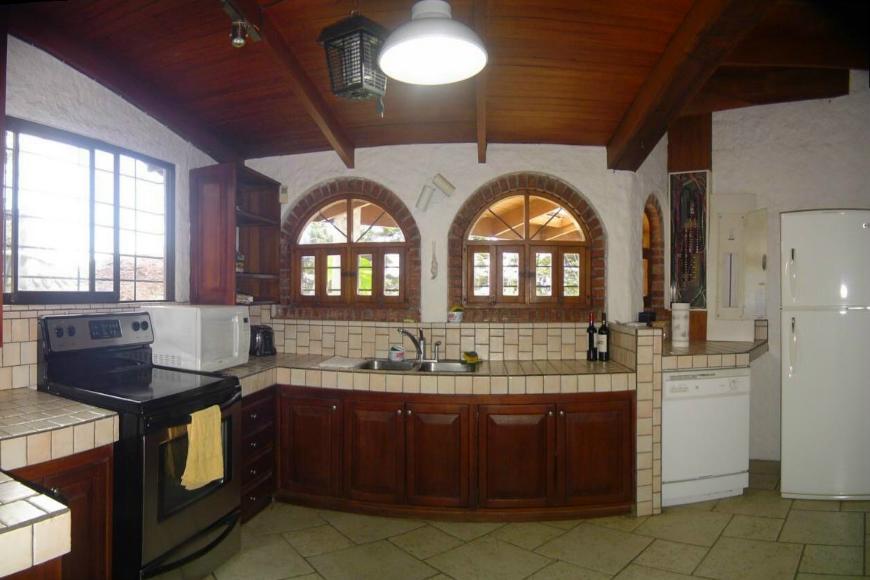 A kitchen in an old home is usually large with a breakfast area and a pantry to survive WW III. The maid used to be the queen of the kitchen which was away from the social areas. 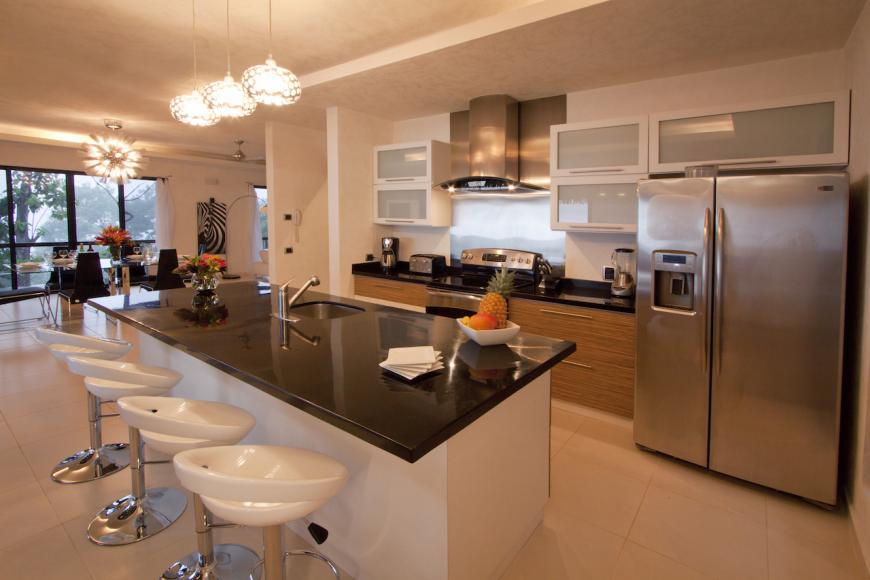 Kitchens are now much more compact, have hot water in the sink, a dishwasher and lots of small kitchen appliances. It has an open floor plan which has become more likable with the new generations because they don’t have a live-in maid anymore. The kitchen area usually needs a lot of TLC.

The bathroom cabinetry might need total replacement and if those are made of poured concrete, you’re in

for a serious job. Check if the tile in the bathrooms is the old-fashioned glass tile, which is very difficult to remove or if there are other solutions. Toilets were usually cemented to the floor as the use of toilet flanges to install the toilet or bidet was not customary. Hot water might also be a serious issue. The bathrooms, especially the master bathroom, might need a lot of TLC. 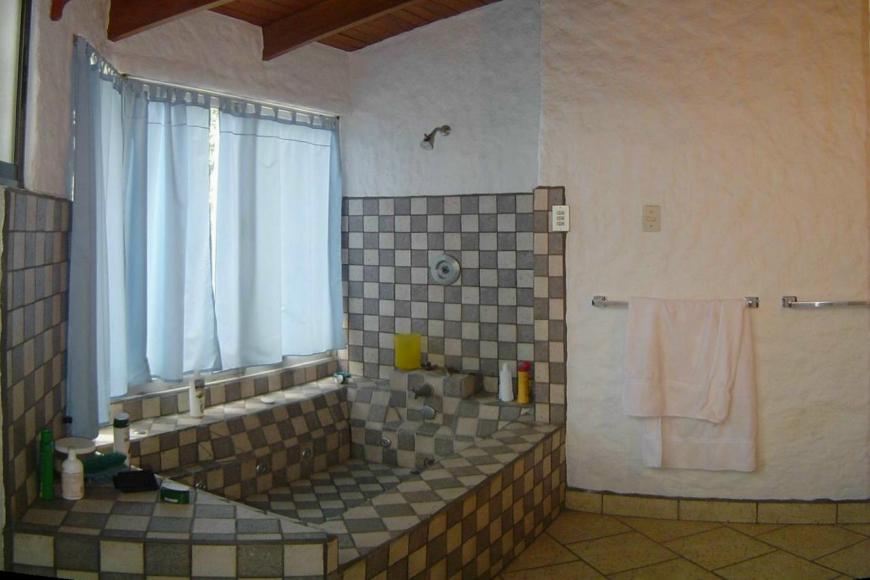 The use of non-iron or wrinkle free clothing that look sharp without pressing, drying the clothing in the dryer instead of hanging it outside and not having much need for a large water back-up and water pressure tank anymore, has definitely changed the layout of a modern laundry room.

Families were much larger in those years and most families had a housekeeper. Maid’s rooms are now mostly wasted rooms because the modern family only has a maid by the hour, or those rooms are used for storage

After 30 years, the roof might need replacement or some serious repair. Many roofs built back then were Ricalit or fiber cement and damaged parts might not be replaceable with the same materials. Rafters were usually made of wood and might need serious replacement.

Hot water wasn’t so much an issue in those days. Bathrooms had suicide showers and kitchens didn’t have hot water. To install hot water throughout might not be so simple unless you use instant hot water heaters in every location.

How old is the septic tank? Is it leaking? Where does the drain field go to? You will need to have a serious look at the septic system and if it needs replacement or repairs.

We use a lot more electricity now than families did 30 years ago. They did not use dryers, a large screen TV in every room, computers, air-conditioning, ceiling fans, dishwashers, blenders, microwaves and many other artifacts. Is there space in the breaker box? Does the existing system allow for adding 30 new outlets in the house? Does the house need to be totally re-wired?

In an old house, you will always see cable TV wires running all over the house. There is no space in the electrical pipes to accommodate those wires, so another solution has to be found if you don’t want to look at those ugly wires for the rest of your life.

My recommendation is to hire a qualified home inspector to write up a specified report, so you can calculate the investment needed before you make an offer on the old house in Costa Rica for sale.

Ivo Henflinghttps://www.american-european.net
Ivo Henfling, a Dutch expat who has lived in Costa Rica since 1980, founded the American-European Real Estate Group back in 1999 which was the first functioning MLS with affiliate agents from coast to coast. Ivo Henfling can be reached at (506) 2289-5125 / 8834-4515 or at ivo@american-european.net