The “fast works” (obras rápidas in Spanish) are expected to start in the second half of 2016 if the Transport Ministry is able to obtain the approval from the Comptroller’s Office (Contraloría General de la República  – CGR).

Related: One Quarter Of Drivers Spend Daily 2 Hours of More in Traffic

The works, once complete, are expected to minimize traffic congestions in areas like the Texaco gas station in Barreal de Heredia, the area surrounding the Plaza Real Cariari; the Multiplaza Escazú; the INBioparque intersection in Santo Domingo; and the road between Curridabat and Tirrases.

The MOPT plans to hire several construction companies to carry on projects considered “new work” rather than maintenance.

However, the Deputy Minister of Infrastructure, Giselle Alfaro, said this is a palliative response to traffic congestion in the Greater Metropolitan Area (GAM).

“The road networks in urban areas are entering capacity,” said Alfaro who explained that the expansion of the road network has a high cost because it required expropriations, but cannot be done will all urban routes. 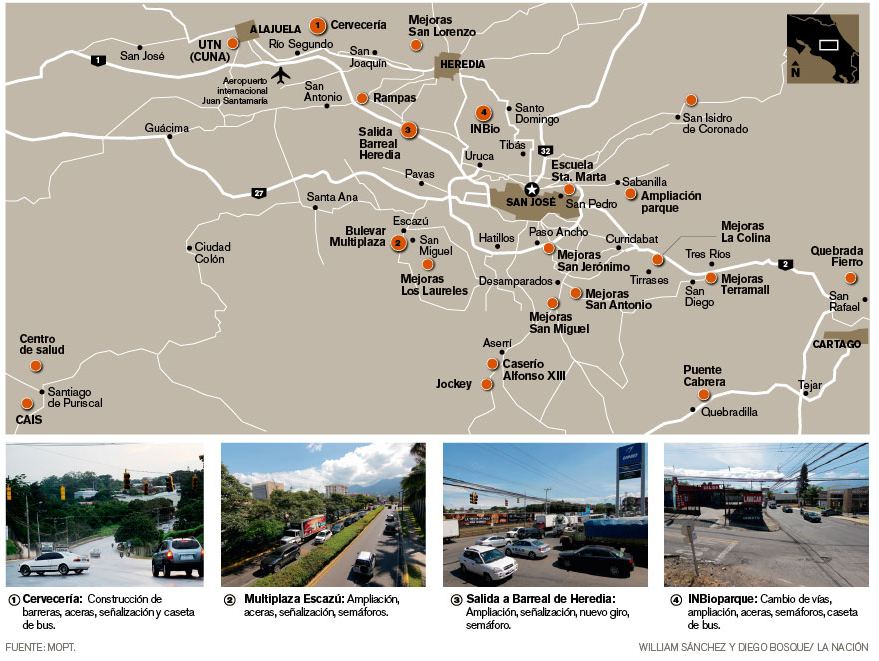 According to the latest report of the State of the Union (Estado de la Nación) report,  last year circulating in the country were 1,399,238 vehicles, of which almost three quarters (73%) are passenger and light cargo vehicles.

The report indicates that the vehicular fleet in the country is growing at a rate of between 5% and 7% annually.