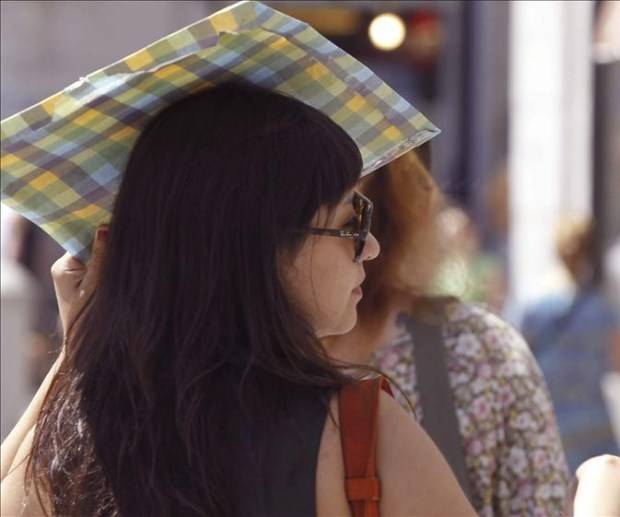 Yes, you read that correctly. If the trends in the first 9 months of 2013 continue, this year will be one of the ten warmest years on record since 1850. This is according to the World Meteorological Organization (WMO), which says that January to September 2013 match with January to February 2003 as the seventh warmest 9 month period on record.

“Temperatures so far this year are about the same as the average during 2001-2010, which was the warmest decade on record,” said WMO Secretary-General Michel Jarraud in a press release. “All of the warmest years have been since 1998 and this year once again continues the underlying, long-term trend The coldest years now are warmer than the hottest years before 1998,” he said.

The provisional WMO statement confirms that global sea level reached a new record high. Sea level has been rising at an average rate of about 3.2 milimeters per year (mm/yr), with inter-annual variability, since altimeter satellite measurements began in 1993. This is close to the observed rate of about 3 mm/yr of the most recent decade of 2001−2010 and double the observed 20th century trend of 1.6 mm/yr.

And this has real-world consequences for millions of people, like those recently the victim of Typhoon Haiyan in the Philippines .

“Surface temperatures are only part of the wider picture of our changing climate. The impact on our water cycle is already becoming apparent – as manifested by droughts, floods and extreme precipitation.”

“The Philippines is reeling from the devastation wreaked by Typhoon Haiyan (Yolanda), the most powerful tropical cyclone ever to hit the country and one of the most intense ever recorded anywhere. It is still struggling to recover from Typhoon Bopha (Pablo) one year ago. Although individual tropical cyclones cannot be directly attributed to climate change, higher sea levels are already making coastal populations more vulnerable to storm surges. We saw this with tragic consequences in the Philippines,” said Mr Jarraud. He added that, although the relationship between climate change and the frequency of tropical cyclones is a matter of much research, it is expected that their impact will be more intense.

The WMO issued this brief as diplomats are gathering in Warsaw this week for the next round of international climate change negotiations. Chances are, nothing huge will come from these negotiations and humanity will continue to sleepwalk towards our own demise.