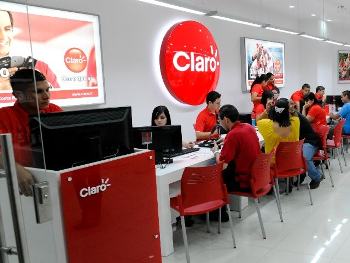 (Bloomberg) Private telecommunications companies in Costa Rica are at a disadvantage to the state-run operator two years after a government monopoly ended, said Victor Garcia, an executive with America Movil SAB’s local unit.

“The playing field has not been leveled,” said Garcia, the head of regulatory services at Claro, in an interview today in San Jose, Costa Rica. “There are institutional asymmetries that operate fundamentally against the newcomers.”

Claro currently holds 20 percent market share in Costa Rica and has some 1.2 million clients, Garcia said. The company’s reach is limited by restrictions at the municipal level on installing infrastructure and a more limited radio spectrum to provide data services compared to state-run ICE, Garcia said.

Claro, the first private operator to enter the Costa Rica market in late 2011, has expressed interest in the potential auction of an additional 70 MHZ of bandwidth that was originally offered in 2010 but was never released, Garcia said.

TODAY COSTA RICA - Despite the cancellation of the...
Cartago

QCOSTARICA - Despite the cancellation of the romeria, the...