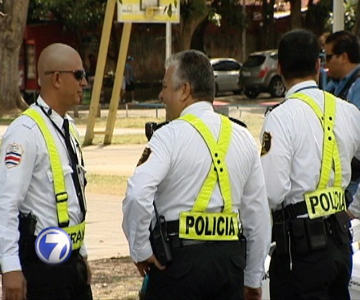 The Consejo de Seguridad Vial (Cosevi) is taking road safety pretty serious these days, not only fining drivers who commit offences, now also pedestrians who do not respect the safety rules of the road. 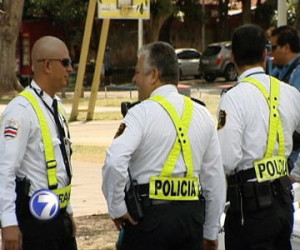 So far this year, the Policia de Transito (traffic police) have fined 21 pedestrians under the Ley de Transito (Traffic Act), for not using pedestrian overpasses and other pedestrian indiscretions.

The deputy minister of Transport, Silvia Bolaños, feels that pedestrians also have to play their part in road safety to reduce the number of deaths on the roads.

This year so far 38 pedestrians have lost their lives in road accidents, representing one quarter of all road related deaths.

Bolaños, in a morning interview on national television, said people have to think safety, stop dashing in front of high speed traffic on the autopistas, for example, and use pedestrian overpasses where they exist.

The deputy minister was clear that pedestrians committing indiscretions will be fined the current fine of ¢20.000 colones (US$40). To ensure compliance and more important foster a culture of road safety, Bolaños said there will be an increase in police patrols on overpasses and problem locations.

Although most believe that traffic tickets can only be issued to drivers, Bolaños assures that the Ley de Transito authorizes a traffic official to issue a ticket to a pedestrian. The official said that unpaid fines will be sent to collection.

“Every person has the responsibility to carry identification”, said Bolaños, explaining that if a pedestrian does not have ID on their person, they will be given a chance to produce it or spend some time at a local police station for the Fuerza Publica to make an identification.

According to Bolaños, minors are not exempted from being ticketed for pedestrians indiscretions.

QCOSTARICA - The political fractions, except that of the...
Economic Recovery