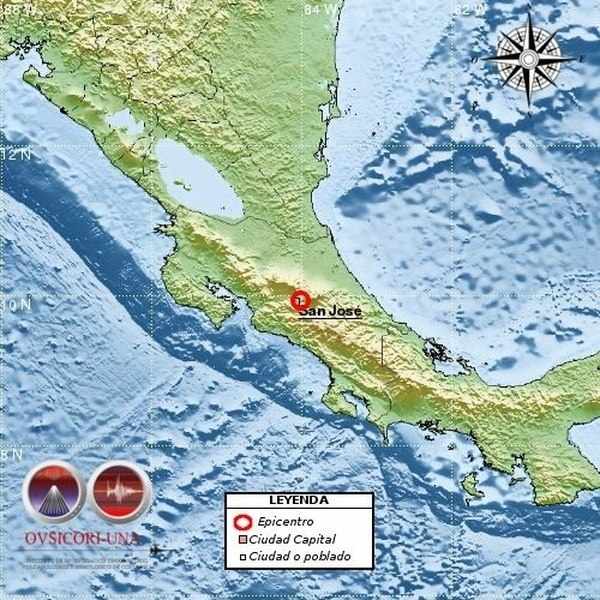 The tremor that struck at 10:39 pm was centered one kilometer west of San Isidro de Vazquez de Coronado, at a depth of 8 km.

According to the RSN, it originated due to faulting in the crust of the Caribbean plate.

In San Jose, Heredia, Santa Ana, Curridabat, Rio Segundo de Alajuela and El Carmen de Guadalupe it was felt the strongest, although of short duration, a second or two.

QCOSTARICA - A strong earthquake, a 6.2 magnitude, with an epicenter...
Read more