Vega was one of the women with the longest number of years of survival in the world after a heart transplant.

The Hospital Mexico announced Thursday night the death of Blanca Vega Brenes, who was the second heart transplant patient in the country. Her death occurred on November 9, at the age of 66, the medical center said on its Facebook profile.

Blanca, who was known as “Blanquita”, received a transplanted heart on July 4, 1991. She suffered from a coronary disease.

The surgery was performed by Dr. Longino Soto Pacheco, who died on October 13, 2010, at 87 years of age, due to leukemia.

Her surgery was the first of its kind in a Central American woman and the second in Costa Rica, after Juan Rueda, who had been operated on months before and died one year after.

On July 4 of each year “Blanquita” celebrated the anniversary of her new heart, in addition to October 14, her birthday.

“I like to get up early, eat well. I do not like fried food. I take the 18 medications that I need to every day. No one is going to take care of me if I do not take care of myself. I have problems, like everyone else, but I cannot get carried away by that,” explained Vega,  from Milano de Pocora, in Limón, as her recipe for her good health.

“I have never been denied treatment, that is something very special and I am very happy to see what the doctors here have done and I thank the Caja (Costa Rican Social Security),” said Vega back in 2016.

Blanca’s case was a special case in all of Latin America. The life of “Blanquita” was a scientific success. The average resistance worldwide after surgery of this type is 15 years. 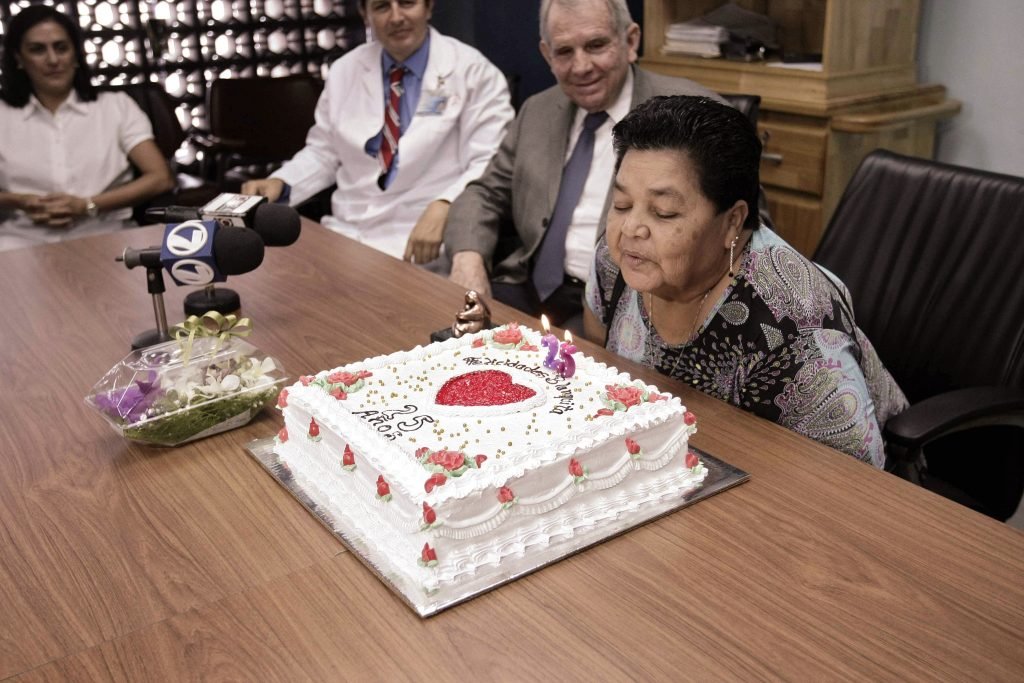 Juan José Pucci, a retired thoracic surgeon at the Hospital Mexico, said via telephone that the news of Vega’s death took him by surprise.

“She was the longest patient with a transplanted heart, the transplant changed her life, I can say that she was very happy, she lived in a simple house, she became a very special friend every time she came to the hospital. At least she could see his family grow up,” said Pucci.

Rodrigo Gutiérrez, one of the doctors who participated in Vega’s surgery, said in July 2016 that “she had problems with her heart and coronary arteries. It was not something that could be solved with another type of surgery. It represented a challenge.”

“Hospitalized” is the concern, not the increase in cases of Covid-19: experts

(QCOSTARICA) If you're concerned about the number of new Covid-19 cases...
Read more

Monserrat, Ariana, Paula and Karina are the names of the "cuatrillizas"...
Read more