4 Ticos Living In The Chinese City Quarantined by the Coronavirus

Authorities in China have imposed indefinite travel restrictions on tens of millions of people across 11 cities in an unprecedented effort to contain the spread of a deadly new coronavirus, as hospitals at the epicenter of the outbreak struggle to handle a surge in new patients.

Wuhan, the sprawling capital of Central China’s Hubei province, is a quarantined city. It is also the city where four Costa Ricans live; However, only three are currently there, confirmed Miguel Díaz, director of institutional communication at the Ministry of Foreign Affairs.

The confirmation of the four Ticos in Wuhan was provided by the Consul General of Costa Rica in Shanghai, China, Danilo González, who said, “Of these four Costa Ricans, three are women and one is a man. One Costa Rican is not currently in the city of Wuhan, while the three Costa Ricans are residing in that city.”

According to the Consul’s report, “the Ticas are in good health and have not presented any symptoms that make us presume that they could be infected. The Consulate remains in constant communication with them and for the moment there are problems”.

Díaz said that the Chinese government has not officially informed the consulate about how long Wuhan will be in quarantine.

“The consulate of Costa Rica in Shanghai issued a statement with recommendations for Costa Ricans in its jurisdiction and enabled an email and emergency telephone number for people who require it to communicate.”

La Nacion reports that one of the women is Paola Reyes Pérez, 34, who is pursuing a master’s degree in Urban Planning at Wuhan University. She plans to return to Costa Rica on February 1, although for now, she does not know if she can leave, due to restrictions in Wuhan.

For her part, Paola had told La Nación that she learned about the virus in November. “I am asthmatic and knowing the problem, I stayed locked in my room,” said Paola, who lives in the university residences. “I go out very little, I buy my food in safe places, like supermarkets with high standards; meats and vegetables, to avoid contagion,” she explained.

“My family is very worried because they are afraid of not letting me out (when there is a flight to our country), but the safety and health measures are quite high,” she said.

Travel restrictions affect some 30 million people in 11 cities
The virus, which was first discovered in the city of Wuhan in December, has spread to every province in China, except the remote autonomous regions of Qinghai and Tibet, with the number of infections rising to more than 900 worldwide. 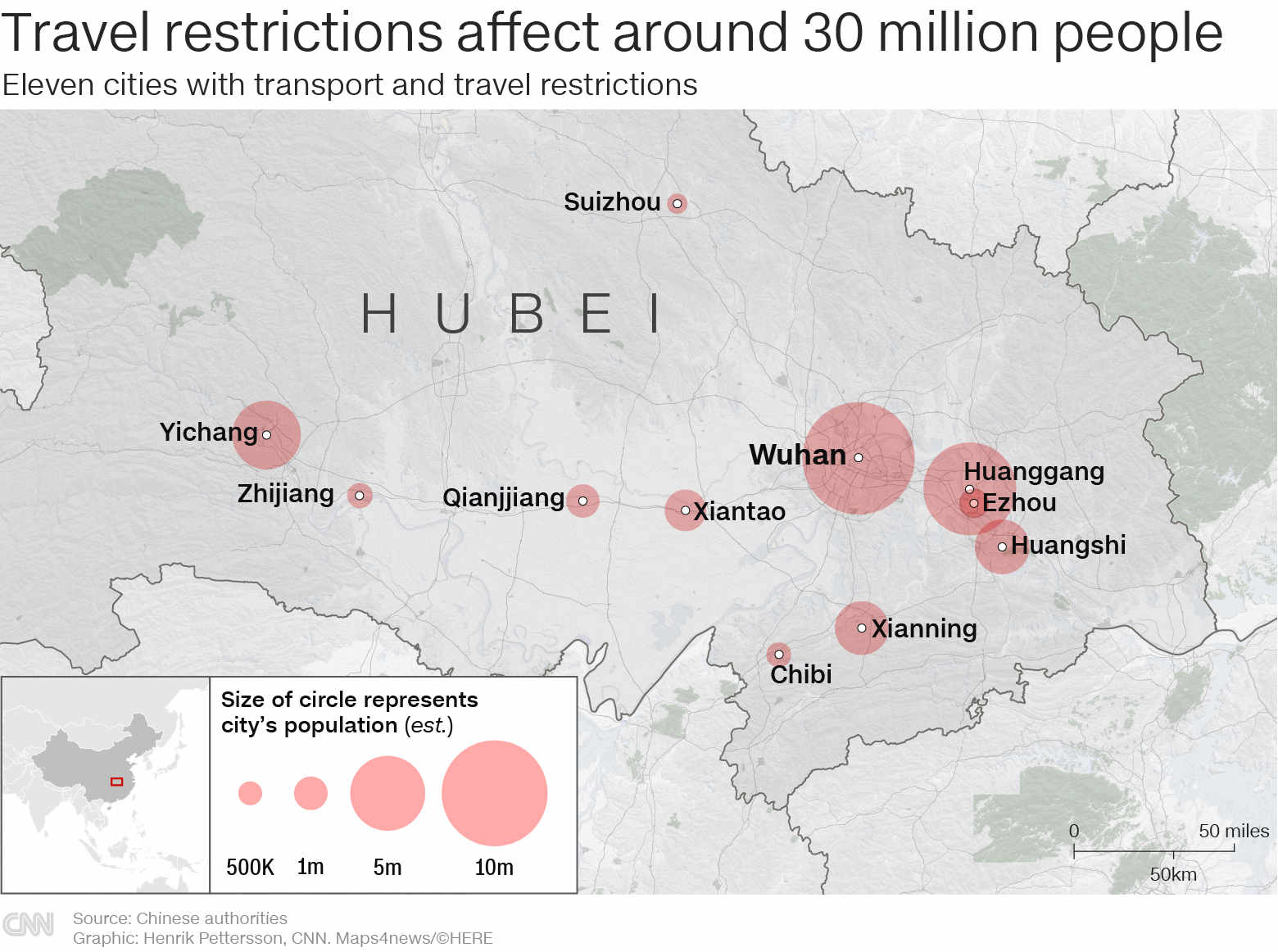 According to a report by CNN, as today, Friday, January 24, 2020, the virus had claimed the lives of at least 26 people in mainland China, including a 36-year-old man not listed as having any pre-existing conditions. Posts on social media show an atmosphere of fear and anxiety among those inside Wuhan, amid rising uncertainty over the ability of authorities to handle the potential epidemic.

Hubei, the province at the center of the virus outbreak, declared a Level 1 response earlier Friday