This Is Austerity In Government? 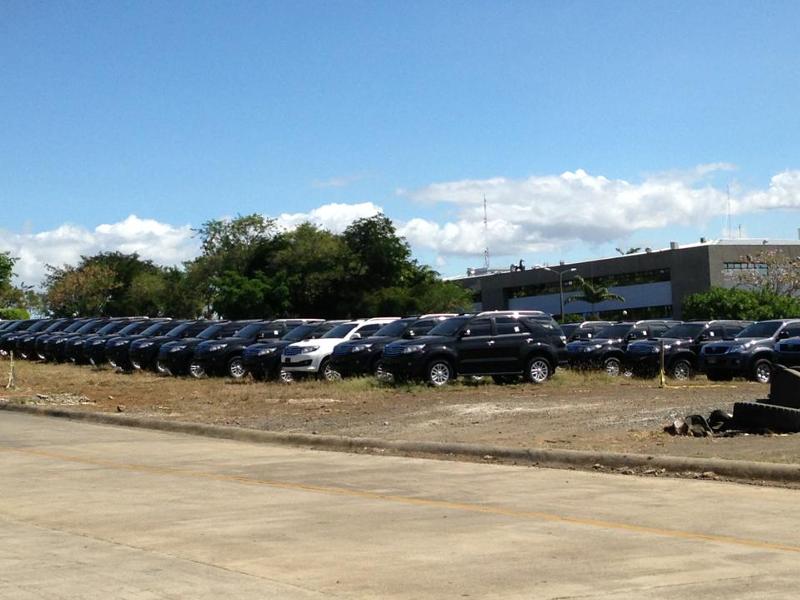 At least 40 luxury Toyota Fortuner vehicles will be assigned to officials of the various courts and prosecutor’s office. The purchase and use of such luxury vehicles by legislators and the presidential office would never live out criticism.

If you will recall a few years back Casa Presidencial had to trade-in the purchase of two Audis for “modest” vehicles following a pubic outcry.

So, why should taxpayers foot the bill for luxury vehicles for the judiciary that has proven to be more than inefficient?

The photos shows from a Facebook post shows the 2013 Toyota Fortuner vehicles that will soon be in the parking lots of the courts and the OIJ and without even a question raised by the public on their purchase.

QCOSTARICA - The restrictions for travelers imposed by the United States, Canada, Mexico, France, Spain and the United Kingdom, six of the main sources...
Heredia

QCOSTARICA - Despite losing their home entirely in December, a Heredia received electricity bills from the Heredia Public Service Company (ESPH) for January and...
Political Economy

QCOSTARICA - Spain had excluded Costa Rica from the list of risk countries to enter by air for presenting a negative covid-19 test (RT-PCR,...
Front Page

QCOSTARICA - The so-called Costa Rican space agency, recently approved by Congress, does not have to be a bureaucratic giant, with a large office...
Trends

QCOSTARICA - Costa Rica is on the verge its seventh consecutive week with a decrease in new cases of covid-19. Between Saturday (February 20)  and...
Vaccine

QCOSTARICA - A new batch of vaccines of 92,430 doses, and the largest received since December against covid-19, arrived Tuesday, as part of the...
Health

QCOSTARICA - Costa Rica already reports variants of SARS-CoV-2, the virus that causes covid-19 that emerged in the United Kingdom and South Africa and...
Coronavirus