Q COSTA RICA – Not showing for hearings, litigating cases while suspended, to convictions for sex offenses are among the reasons for the Costa Rican Association sanctioning lawyers with a suspension.

According to the Judicial Bulletin of July 10, 2017, the  Colegio de Abogados y Abogadas de Costa Rica lists 44 lawyers, the most recent, suspended from professional practice for periods ranging from several months and up to 30 years. 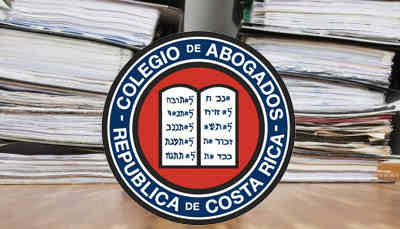 The remaining 10 are suspended while a criminal investigation is in a process and could have their suspension lifted when either the precautionary measures are revoked or at the end of the judicial process (if acquitted).

Among the crimes listed in the Judicial Bulletin include sexual abuse against minors.

Segura says that anyone can report a lawyer to the Bar Association, which will open an investigation to determine if disciplinary action is warranted. In cases, where there is a criminal offense involved, the case is passed on to the Ministerio Publico (Prosecutor’s Office) to proceed with a criminal investigation; Meanwhile, the lawyer is suspended pending the outcome of the investigation.

Segura explained that the Bar Association in determining a suspension, takes into account the nature of the ‘improper act’, if it is the first time or repeated, the extent of the damage caused, and the willingness on the part of the bar member to repair the damage.

The legal adviser added that there are cases of lawyers continuing to practice while under suspension. “If an attorney practices while suspended, he does so intentionally because they (lawyers) are always notified of the sanction. First, they are notified directly and then (the notice) published in the Judicial Bulletin,” said Segura. “From that moment he should take the necessary precautions not to incur a fault again. Based on experience, we can say that, when this happens, most of them do it to themselves, knowing what they are doing.”

Another common sanction against attorneys is the authentication of signatures, that is by not being present when the document was actually signed. “This is a lack of duty and ethics of lawyers,” said Segura.

Bar members can also be sanctioned if they give poor advice or deny their client information. “There are cases where lawyers take cases that they do not even know what it is about. And there are other cases in which they decide to withhold information from their clients, ignoring that the clients have the right to know all about their case.”