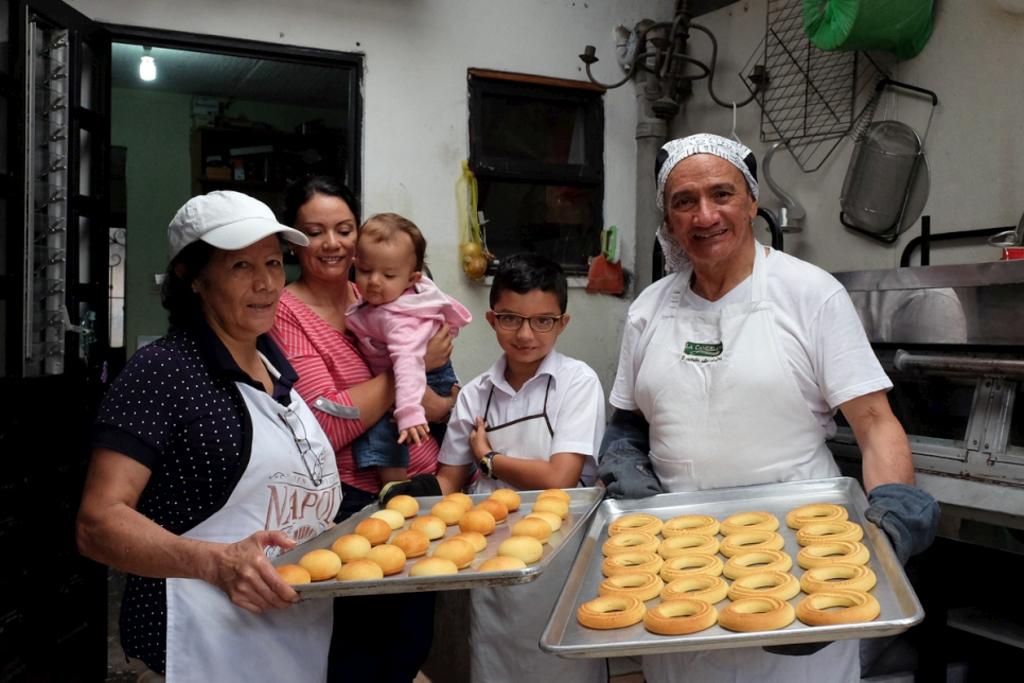 SAN JOSE, Costa Rica – When Ricardo Ángel, Miriam Velásquez and their children fled the armed conflict in Colombia in 2002 they reached Costa Rica with little more than hope.

Despite having their education disrupted by war and flight, their children Alejandro and Adriana are now both successful professionals. Alejandro is a graphic designer for a Costa Rican TV network and Adriana is a dental assistant.

“There was a lot of uncertainty when we left Colombia but we have been able to sow these seeds of success,” says Ricardo.

It is no coincidence that the Ángel Velásquez family have been able to lead productive and fulfilling lives in Costa Rica, a small country with a big tradition of welcoming refugees in their hour of need.

“We received a lot of support as refugees and we are hard-working people.”

During the turbulent 1970s and 1980s, when civil wars roiled much of the region from El Salvador and Nicaragua to Colombia, Costa Rica remained a haven of peace, keeping its doors open to those at risk.

The country has developed standout systems of protection allowing refugees to flourish. It allows refugees two asylum appeals and grants them the right to work and attend schools while their petitions are processed.

Through the Living Integration programme, developed by the Costa Rican Migration Agency in collaboration with UNHCR, the UN Refugee Agency, refugees and asylum seekers are also given employment skills training, access to job fairs, and support to set up their own businesses. Nearly 2,000 refugees have benefitted from this initiative since 2014.

“We received a lot of support as refugees and we are hard-working people,” says Ricardo, who noted that the help the family received allowed them to overcome obstacles when they first arrived.

While Costa Rica has traditionally welcomed South American asylum seekers like the Ángel Velásquez family, it is increasingly receiving applications from Salvadorans, Hondurans and Guatemalans fleeing extreme gang violence. Asylum requests from these countries have increased 319 per cent in the last two years alone.

Among additional support for the new arrivals is counselling to help overcome mental anguish and distress — particularly valuable for Fernanda*, a Honduran journalist and activist whose family survived an assault by motorbike riding assailants in 2014.

“Costa Rica’s support for those seeking a place of safety is exemplary, and is a model for the region.”

“I received a lot of psychological help because I was having panic attacks back then,” she says, recalling the time after her arrival. “We couldn’t sleep. We would hide under the beds at night.”

Granted refugee status in 2015, she now has a job and sleeps at night.

“Costa Rica’s support for those seeking a place of safety is exemplary, and is a model for the region,” said UN High Commissioner for Refugees Filippo Grandi during a visit to the country, where he met with President Luis Guillermo Solís and senior government officials.

UNHCR is currently working with governments in the region to develop a Comprehensive Regional Protection and Solutions Framework (MIRPS is the Spanish acronym). Based on last year’s New York Declaration, it is a step towards the Global Compact on Refugees to be agreed upon in 2018.

It seeks to address the full scope of forced displacement, from its root causes, strengthening asylum and protection systems and working on durable solutions. So far Costa Rica, Mexico, Panama, Honduras, Guatemala and El Salvador have joined the regional initiative.

With reporting by James Fredrick