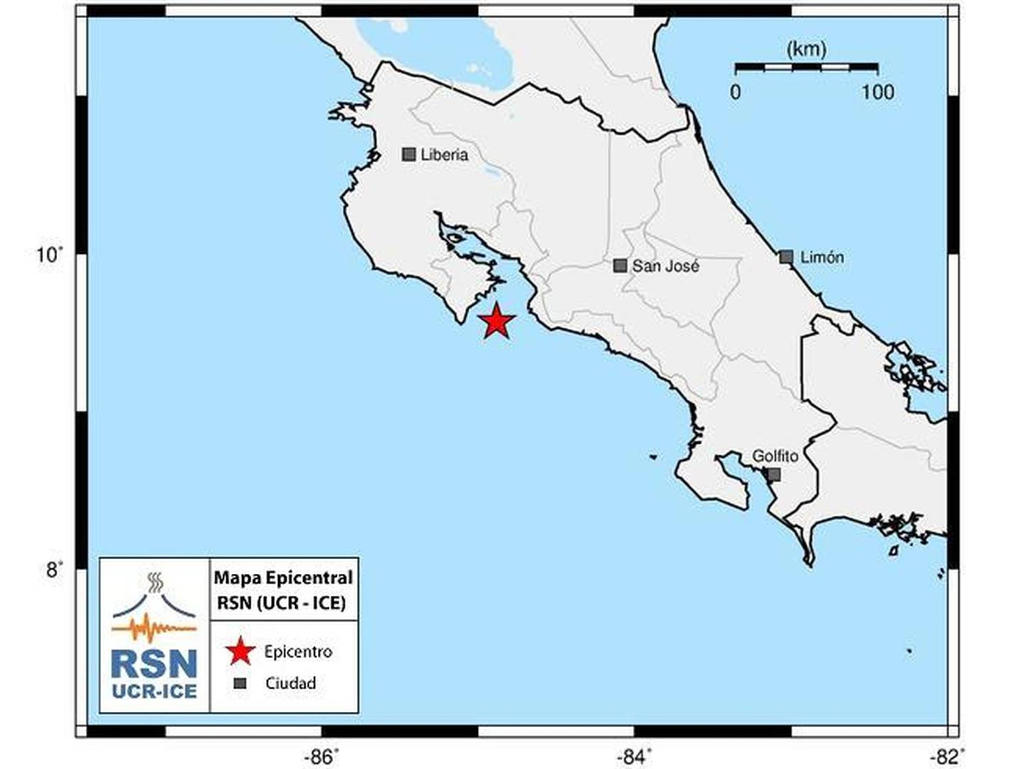 QCOSTARICA – A 5.1 magnitude earthquake was recorded at 1:32 pm Thursday, January 13, 2022, and was felt in Pacific coastal communities.

Residents of Santa Teresa, Cóbano, Paquera, Esparza and Playa Jacó de Garabito, all in Puntarenas, described the event as “strong”; however, the 9-1-1 emergency system did not enter any reports of damage to people or structures.

The Red Sismológica Nacional (RSN) – National Seismological Network, indicated that the epicenter was located 28 kilometers east of Cóbano and that the depth was 21 kilometers. In addition, it explained that its origin was due to the subduction of the Cocos plate and that some residents of the Central Valley perceived it slightly.

For its part, the Observatorio Vulcanológico y Sismológico de Costa Rica (Ovsicori) -Volcanological and Seismological Observatory of Costa Rica, calculated the magnitude at 4.8 degrees, the depth at 17 kilometers and located the epicenter 30 kilometers southwest of Playa Jacó. Esteban Chaves, a volcanologist at the institution, stated that the subduction process is completely normal in the area.

In the past, the authorities have highlighted that the country is characterized by being a highly seismic territory, so it is normal for there to be frequent earthquakes.

- Advertisement -
Paying the bills
Previous articleThe reasons why getting infected with omicron should be avoided
Next articleCovid-19: 3816 new cases, 7 deaths and 247 hospitalized this January 13