5 killed when plane crashes into sea after takeoff in Honduras 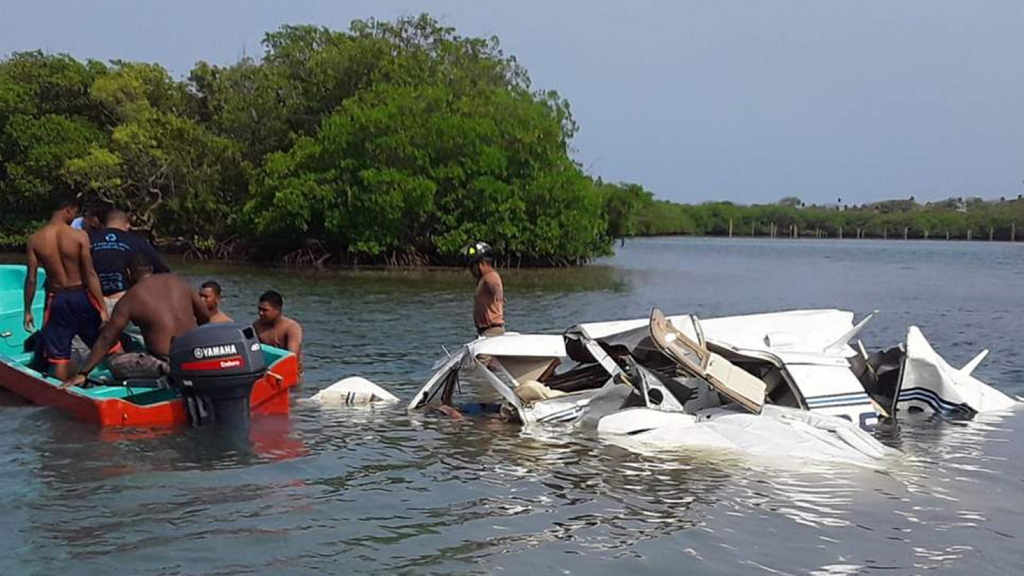 Five people, four Americans and a Canadian were killed when a small plane crashed into the sea shortly after takeoff from an airport in Honduras on Saturday, according to officials.

The crash happened off Roatán island, a tourist destination on the Atlantic coast of Honduras.

The Piper Cherokee Six plane was headed to the tourist port city of Trujillo, about 78 km (49 miles) from Roatán, an island frequented by tourists from the United States, Canada and Europe, authorities told Reuters.

The Honduras military said in a statement that rescue boats with police divers and firemen recovered four bodies within minutes of the crash, and transported another to a hospital, where he died shortly after of internal injuries.

The US State Department confirmed the deaths of four US citizens and Global Affairs Canada confirmed that of the Canadia. They did not release names.

Honduran authorities identified the pilot as Patrick Forseth, a Canadian national who developed tourism projects in the Trujillo Bay area.

Forseth was involved in a legal dispute with Afro-indigenous Hondurans who accused him of trying to develop their ancestral lands into vacation properties for international tourists. Forseth defended his company in a 2017 statement, saying it had purchased the land in 2013 and had made several attempts to reach an amicable resolution.

Local authorities in Honduras did not immediately offer a cause for the accident, Reuters reported.