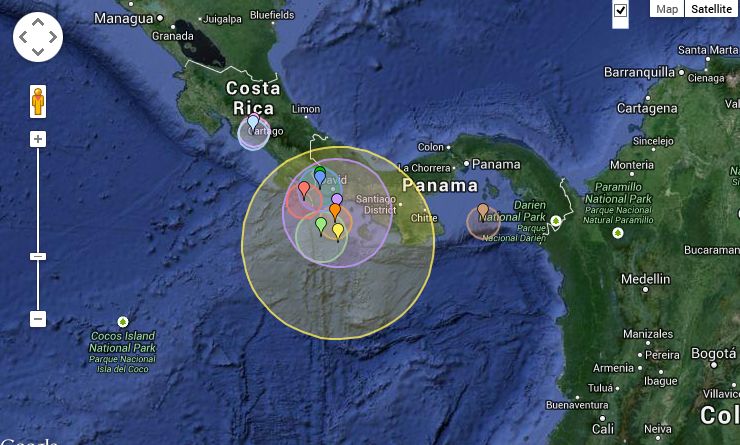 A strong quake in Panama woke up many Costa Ricans in the early minutes (12:35am) of Tuesday.

The U.S. Geological Survey says the earthquake had a magnitude of 6.8, while the Red Sismológica Nacional (RSN) in Costa Rica measured the quake at 6.2 on the Richter Scale.

The earthquake struck in the Pacific off the coast of Panama, some 173 kilometres south of Laurel de Corredores in Puntarenas, Costa Rica and at a depth of 35.4 kilometres.

Reports say the quake shook buildings, but there were no initial reports of major damage or casualties.

No risk of tsunami was seen, the official said, but added that authorities were continuing to monitor the region