Linkimer explained that the fault lies between Turrialba and Irazu volcanoes, five kilometers away from each other, is about six kilometers long and located 45 kilometers southeast from the capital.

He also stated that the break of the earth’s crust is exactly placed between Liebres farm and the headwaters of Toro Amarillo river.

The scientist of the National Seismological Network, belonging to the University of Costa Rica, said that the fault still had no name and added that they were generally named after the place where they were located. 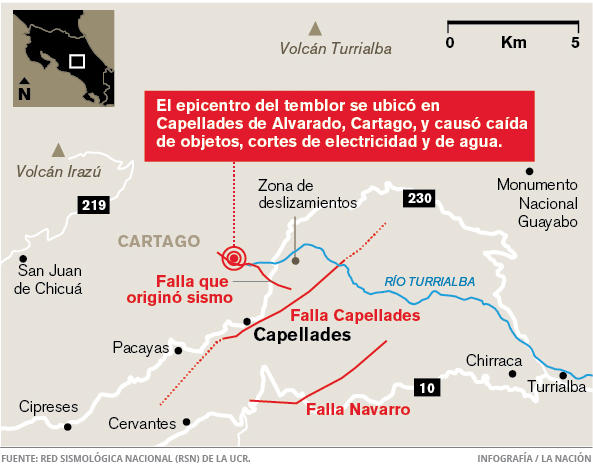