Meet The Costa Rica Photographer Behind Your Favorite Beyoncé Photos 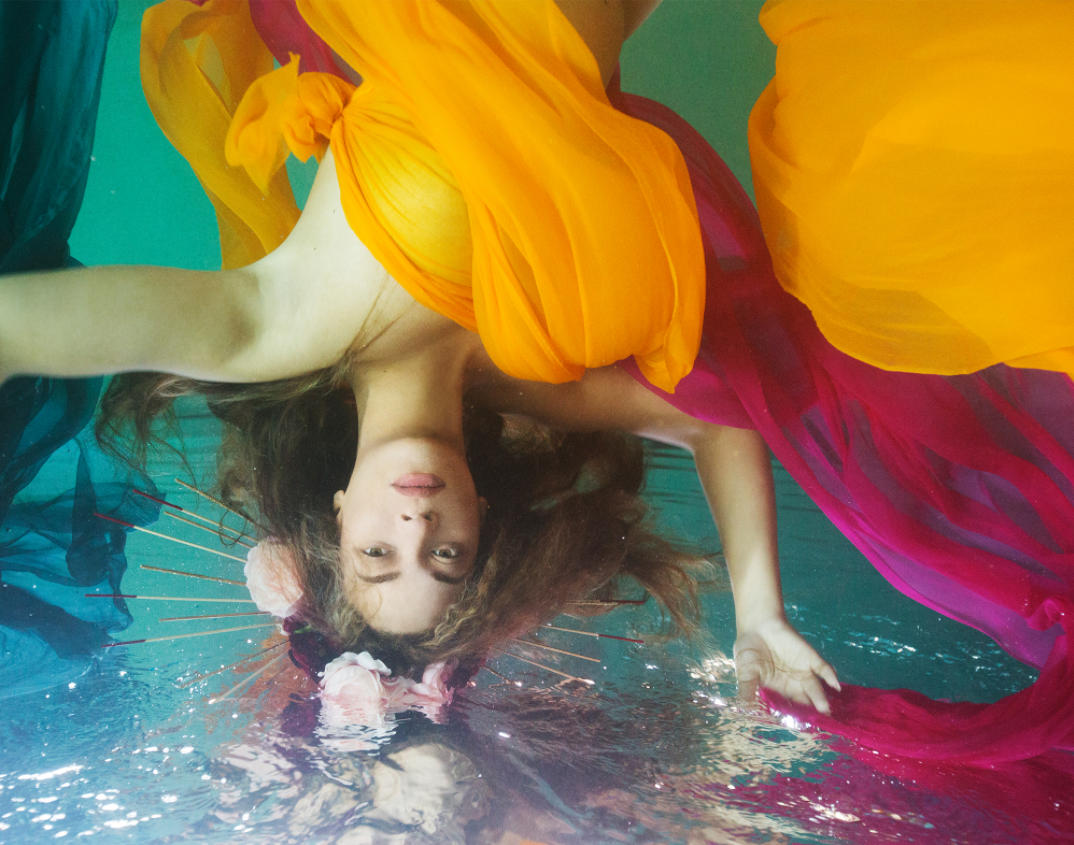 (Remezcla.com) On Wednesday, February 1, Beyoncé notched another collective internet meltdown when she unexpectedly posted an Instagram photo announcing her pregnancy. The next day, she treated us to a larger collection of gorgeous maternity photos rife with Yoruba imagery – a perfectly fitting reference as Beyoncé is expecting twins.

The ethereal underwater shots and a sweet image of big sis Blue Ivy Carter gingerly kissing Beyoncé’s baby bump – among others – looked so effortlessly beautiful that they may have belied amount of work that went into staging them.

You’re already a fan of Daniela Vesco, you just don’t know it yet. Her work is as ubiquitous as Beyoncé herself these days.

Behind the scenes, a group of photographers worked to carry out Awol Erizku and Beyoncé’s vision.

Among them was Costa Rican photographer Daniela Vesco, a key component of Parkwood Entertainment – Beyoncé’s 7-year-old management company – and the woman who captured the superstar throughout her six-month Formation Tour.

Nowadays, Vesco – a photographer and digital design manager for Parkwood – populates her Instagram account with images of Bey on stage, as well as some candids thrown in for good measure. It was exactly 52 weeks ago that Vesco uploaded her first Beyoncé-related post: an image of Sophie Beem, a 17-year-old singer-songwriter signed to Parkwood. Vesco followed that up with a February 7, 2016 image of Beyoncé at the Super Bowl. “Best few days of my life shooting @Beyonce for the Super Bowl! #superbowl50,” she wrote. A year later, it’s safe to say that 33-year-old Daniela, who’s loved photography since childhood, has likely felt this way on more than one occasion.

15 years ago – as Beyoncé and Destiny’s Child dominated the charts – Vesco first dipped her toes into the world of photography. The then 18-year-old interned at ING Models in New York City, but she didn’t immediately jump into a photo career. She returned to her native Costa Rica and decided to pursue another one of her passions: medicine.

“So I went to med school in Costa, and I never finished,” she told me in a phone interview. “But while I was in medical school I knew, I always knew I wanted to be an artist. I knew I wanted to go into the arts and I loved sciences, and then when I finished the first part of my medical degree in Costa Rica, I knew I wanted to do photography. I sat down with my whole family and I was like, ‘guys, I’m leaving Costa Rica, and I’m gonna go to Paris.’”

Daniela enrolled in the Spéos Photographic Institute, and has exclusively worked in this medium since then. She worked at Fish Tank Studio, Madonna NYC 83, and Richard Corman Studio.

Her last pre-Bey job was pretty sweet. For someone proud of her Costa Rican roots and who loves documenting people, her role as photo and video editor role at Vivala offered the best of both worlds. She took photos, created artwork, took video, and did interviews. She enjoyed it, but eight months later, a once-in-a-lifetime opportunity arose.

“I obviously had to take it,” Daniela said. “It’s just one of those things that it’s do or die, it’s now or never, and when you see that little window cracking a breeze, you just have to go through it. You just have to do it. I threw myself in, I guess. I knew there was a big risk that I was just gonna fall into an empty pool and hit my head, but luckily there was water in there, and I’m still swimming.”

Beyond acknowledging her excitement, Vesco is fairly reticent on specifics about her working relationship with Beyoncé – which is unsurprising considering how notoriously private the superstar is. While Bey’s recent music mines vulnerable parts of her private life – her insecurities, her sexuality, the heartbreak of infidelity– she retains an impressively tight control over her image. So tight, that she’s managed to drop two massive surprise albums – complete with fully-realized visuals – that no one saw coming, despite the fact that hundreds of people must have worked on them. One can only imagine the ironclad NDA a photographer has to sign in order to capture images of some of Beyoncé’s most intimate moments. At this point, the Knowles-Carter ship has fewer leaks than the White House.

But while Vesco won’t reveal much, her photos speak for themselves – and so do the eager reactions to her work. On October 8, she posted her last image from The Formation Tour on Instagram. Followers flooded the comments with compliments and thanked her for beautifully capturing it all. Vesco – overwhelmed – took in the kind words. But the work isn’t surprising considering she couldn’t abandon photography, even as she flirted with becoming a doctor. For Daniela, life just makes sense with her camera by her side.

“I constantly have this FOMO with photography and I shoot everything even if I don’t look back at it,” she said. “Take it, just take your iPhone out and take it if you don’t have your camera on you, and just keep practicing and think of a way [to grow.] This video I saw of Steven Meisel in, I think, the late 80s or early 90s. He was photographing a bunch of supermodels. The models are all pretending to play music and sing and stuff. He’s directing them and he says ‘stranger, weirder, nastier,’ and those words stay with me. I love it because sometimes you get stuck as a photographer. You’re shooting the same thing over and over. But my mantra that works for me is ‘stranger, weirder, nastier,’ and I try to keep to one of those words to try to push it a little bit more.”

Costa Rica is a country filled with beautiful nature, miles of...
Read more

QCOSTARICA - This week there could be very good news for the country in the fight against the coronavirus pandemic if the College of...
Infrastructure

Today, Sunday, June 13, only EVENS can circulate. The measure is countrywide and applied between 5:00 am and 9:00 pm, save for those under the...
Cine (Movies)