The communities most affected are in the Peruvian Amazon. There are 75 homes destroyed and another 81 declared 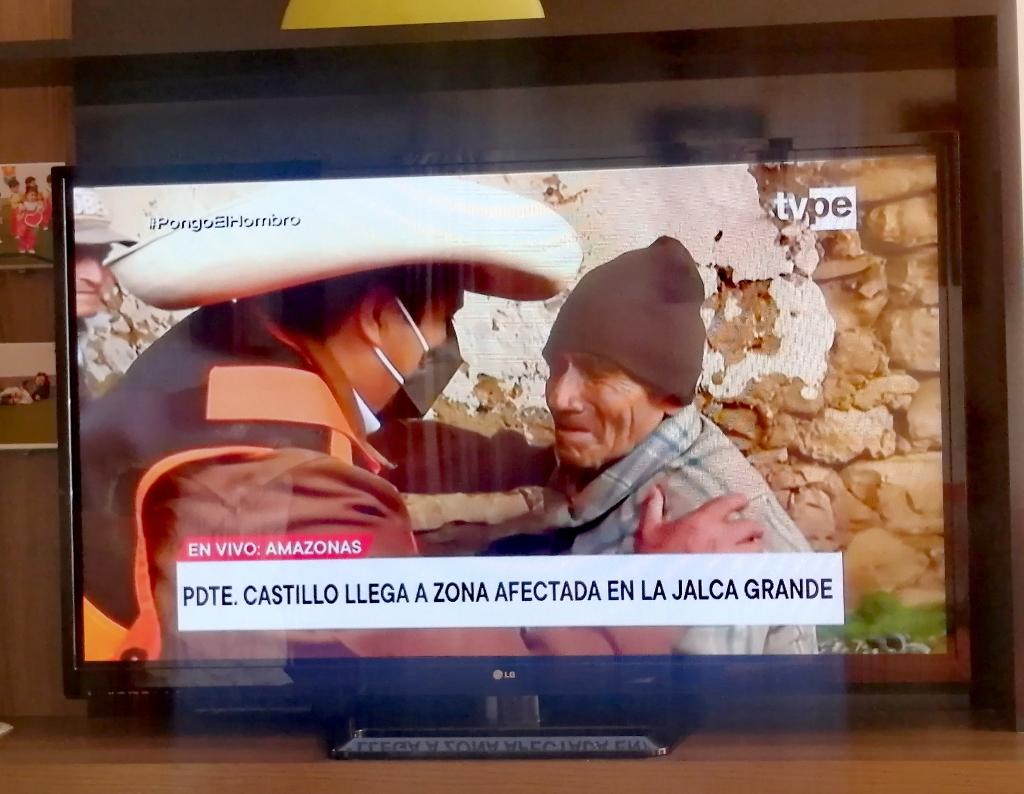 Q24N (Lima, Peru) A 7.5-magnitude earthquake shook the northern jungle and a vast area around the central coast of Peru on Sunday, leaving 10 injured, 75 homes completely destroyed and almost 900 homeless, according to authorities.

The earthquake was registered at 5.52 am with an epicenter 98 kilometers east of Santa María de Nieva, in Condorcanqui, Amazonas, in the northern jungle of Peru, and at a depth of 131 kilometers, as reported by the local Geophysical Institute.

The great depth of the earthquake in the Peruvian Amazon caused the shock wave to be greater and affected almost half of the country, in the north and central areas, including coastal and Andean regions such as Cajamarca, Piura, Tumbes, Lambayeque, Ancash and Lima.

The Civil Defense indicated that initially 10 people were injured, 867 affected and 75 homes destroyed in the Amazon region. The local media outlet El Comercio reported that another 81 houses were left uninhabitable.

“We have oriented so that our cabinet and the ministries attend not only to Jalca Grande but to the places where this earthquake has caused a lot of damage,” said President Pedro Castillo in the Jalca Grande district of Amazonas, where most of the houses, made of adobe and mud, collapsed due to the earthquake.

The president personally inspected the community, one of the most affected, and urged residents to leave their homes in case of aftershocks, according to El Comercio.

On July 30, a 6.1-magnitude earthquake shook the north coast of the country, injuring 40 people and damaging 200 houses and four temples two days after Castillo’s inauguration. The earthquake also caused infrastructure damage in at least two provinces of Ecuador, according to the president of that country, Guillermo Lasso.

The district of Santa María de Nieva is a sparsely populated area where indigenous Amazonians live and is located on the banks of the Nieva River, on the border with Ecuador.

“The movement has been immense,” Héctor Requejo, mayor of the Santa María de Nieva district, with a population of 2,500 inhabitants, told RPP radio.

In the affected area there were also power outages and roads blocked by stone collapses. In the district of La Jalca, also in Amazonas, a 14-meter tower of a colonial church collapsed.

“It reminded us of the earthquake that occurred in Ica” (southern Peru), a woman from the Amazon region told the Latina television channel. Villagers frightened by the earth movement also communicated with the media from other regions of the country.

A man survives the collapse of his home in La Jalca, Chachapoyas.

In Lima, more than 1,000 kilometers south of the epicenter, the earthquake was felt with less intensity but lasted long enough for the population to take to the streets in some areas.

The capital, of 10 million inhabitants, had been shaken shortly before, in the early hours of Sunday, by a strong earthquake of 5.2 magnitude.

That first earthquake did not cause victims or tsunami warning and had its epicenter 44 kilometers west of Callao, the neighboring port to Lima, and at a depth of 65 km, according to the Geophysical Institute.

“We are a highly seismic country and we are always going to have earthquakes,” said seismologist Hernando Tabera, from the Geophysical Institute.

The last earthquake of great magnitude and tragic consequences occurred in the port of Pisco on August 15, 2007, when a 7.9-magnitude earthquake, with an epicenter on the central coast, left 595 dead. Peru is shaken each year by at least 400 perceptible earthquakes, as it is located in the so-called Pacific Ring of Fire, an area of ​​extensive telluric activity that extends along the west coast of the American continent.

QCOSTARICA - A strong earthquake, a 6.2 magnitude, with an epicenter...
Read more