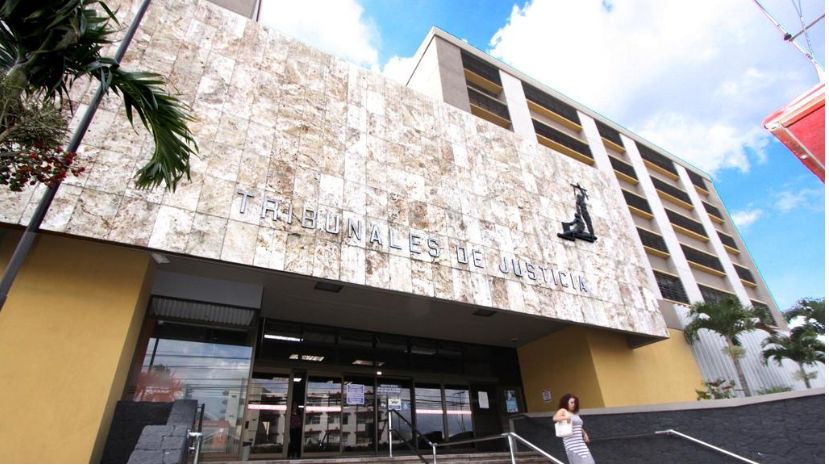 “The accused man was in the bedroom when the victim arrived, being that with obvious sexual mood and through physical violence, the accused proceeded to grab the victim forcibly by the arms, threw her against the bed, to whom he said: ‘You have to have sex with me, if not I will not buy food.’

“Then, against the will of the woman, he lifted her dress, stripped her of her underclothes and raped her.”

That is one of the three rapes that the Fiscalía (Public Prosecutor’s Office) accuses a Canadian businessman, surnamed Duncan Gibbs, 71 years of age, of committing against a 56-year-old woman, who at the time, was the accused’s live-in partner.

According to the Fiscalía, the sexual attacks occurred between 2016 and 2017.

In addition, he is also charged with two counts of sexual abuse against his stepdaughter, who at the time was 21 years old.

Duncan Gibbs is expected to face trial in December 2020 in the Goicoechea Criminal Court (San Jose) as confirmed by the press office of the Poder Judicial (Judiciary), reports La Nacion, following their inquiry into the case.

In the accusing statement by the Public Prosecutor’s Office, Duncan and the victim began a relationship in April 2016. They lived in Brazil in Santa Ana, in San José.

From the beginning, the situation between them was complicated, since, between April and July 2016, Duncan Gibbs grabbed his partner by the arms “forcibly”, while saying: “Usted es una p…”. (Filling in the blanks, “you are a whore”).

The situation worsened, for in June of that same year, one day, while the woman prepared breakfast, the accused came to the kitchen and touched her private parts “in an abusive, libidinous way and with obvious sexual intent” in front of the victim’s two children.

But it was not until December 2016 that the first rape allegedly occurred.

“The victim was in the bedroom of the house, when Duncan arrived, at which point by force he grabbed the victim by the arms, turned her and placed her in front of him, immediately throwing her to the bed.

“With the sole purpose of satisfying his deviant sexual desires, he raised the woman’s dress (…) at the time in which he said: ‘You did not want to have sex with me last night, we will have it now,’ reads the document written by prosecutor Yorleny Ching Cubero.

“The victim said no, but apparently the accused still continued and raped her,” says Cubero in the statement.

A month later, in January 2017, the victim was again in the room, when the accused arrived and allegedly took her “forcibly” by her hair.

“He threw her against the bed, he lifted the dress she was wearing while yelling at him: ‘I will have sex with you’,” reads the document of the Fiscalía of the second rape count.

Days later, after the new sexual attack occurred, he threatened to not buy food if she did not agree to have sex with him.

In addition to the sexual attacks committed against his partner, Duncan Gibbs is also accused of two sexual crimes against his stepdaughter, who is currently 24 years old.

In the same document presented by the Fiscalía, in their request for the case to trial, the abuses occurred between November and December 2016.

The Fiscalía said in the report that the events occurred when Duncan Gibbs took his stepdaughter to “practice driving” in Santa Ana.

The first time was when, “taking advantage of the confidence he had built, with his hand proceeded to touch her leg then moving it up to the genital area.”

“Not satisfied with that, he touched her breasts over her clothes and later apologized,” continued the report.

The second sexual abuse occurred, apparently, when the accused “proceeded to touch her breasts over her clothes,” while making obscene manifestations in English.

Given the alleged sexual assaults, the now ex-partner and stepdaughter decided to report him in 2017.

Three years later, they will have their day in court.

- Advertisement -
Paying the bills
Previous articleZapote turns 50 and continues to attract the love of families
Next articleHow much of a disadvantage is it to rent a car from the San Jose airport?