Ruta 27 To Be “Reversible” On Peak Travel Days 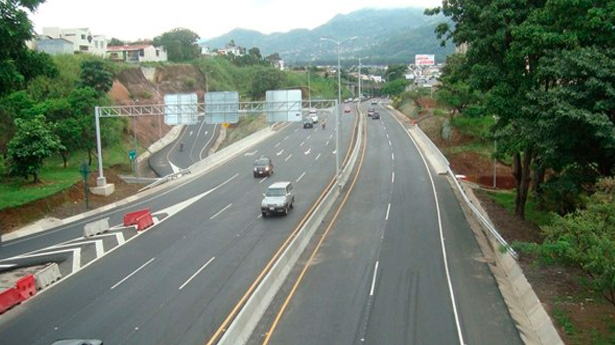 If you are travelling to and from the Pacific coast this week and plan to use the Ruta 27 (San José – Caldera) take note of the following information by the Autopistas del Sol: the road will become a reversible road, westerly on Wednesday and Thursday and easterly on Saturday and Sunday.

Starting this morning Wednesday, March 27, the Ruta 27 will be one way to Jacó between Santa Ana and Orotina, the same will apply for Thursday, March 28, between 6:00am and noon.

The measure is to move the expected high volume of traffic in the right direction, to the Pacific coast and back to the Central Valley, during the peak travel days.

For those travelling in the opposite direction during the “one way” of the Ruta 27, the alternates include the old road to Jacó (Aguacate) and the Interamericana by way of the Cambronero.

QCOSTARICA - A member of the board of directors of the Instituto Costarricense de Acueductos y Alcantarillados (AyA) - water utility - Yolanda Acuña...
Front Page

QCOSTARICA - Restricted borders, increased immigration patrols, limitations in transportation and movement and the pandemic has not deterred Nicaraguan migrants from arriving in Costa...
Politics

Determination and Perseverance wins against the AyA

QCOSTARICA - Vaccination against covid-19 will be mandatory for all health officials, announced the medical manager of the Costa Rican Social Security Fund (CCSS),...
Vaccine

QCOSTARICA - A new batch of vaccines of 92,430 doses, and the largest received since December against covid-19, arrived Tuesday, as part of the...
Politics