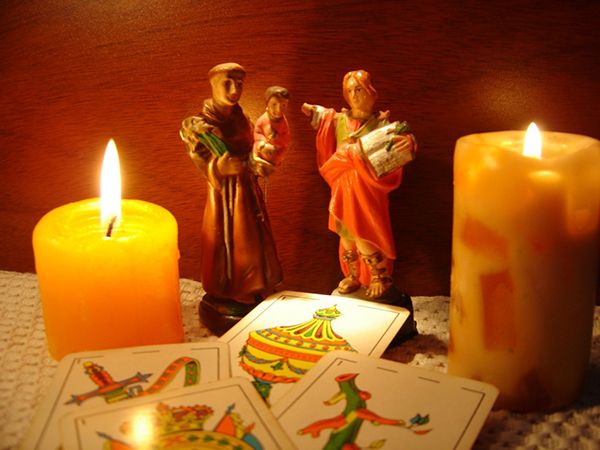 QCOSTARICA – An analysis conducted by two students of the School of Statistics at the University of Costa Rica (Escuela de Estadística de la Universidad de Costa Rica) found that 91.2% of Costa Ricans believe that witchcraft (brujería) is practiced in the country.

The results also revealed that 66.7% of the respondents believe there are haunted houses, 17.1% say they have had their palms read and 5% have dabbled with a Ouija board or similar game.

According to David Hernandez Zumbado and Christopher Torres Rojas, experiences by Costa Ricans with the paranormal phenomena are common and thought-provoking.

They manifest themselves in many different ways such as moving objects without reason, shadows or strange shapes that appear suddenly, whispers inexplicable, hearing bangs or whispers, and loved ones appearing to them and countless other situations.

The researchers say they found that 39.4% of the interviewed felt fear in the face of situations that could only be described as paranormal, the highest percentage in the 19 to 29 years of age group (58.3%),  while only 21.1% in the over 50 age group.

In barrios (areas) like Hatillos, Alajuelita and Desamparados, card (tarot) and palm reading cost only a few thousand colones per session. The services of a “brujo/bruja” to help with financial, marriage, love and relationships problems, the services of cleansing one’s home, office or business of evil spirits cost more.

Though you won’t find signs on the door, in these barrios everyone one knows where the “magic” is.

Exactly how many people fall victim to scams and cons by “brujeria” (witchcraft) throughout Costa Rica is unknown. Related: Woman Paid ¢ 75 million For Witchcraft Services

On the darker side of the magic, the “shaman” can place curses or conjure up spells, though in Costa Rica that is rarely announced in the ads. In Colombia, for example, the ads are for both white and black magic.

Approximately one million in Costa Rica- that is one in five...
Read more