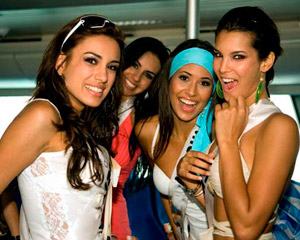 Costa Rica News – When it comes to dating in Costa Rica it can be very difficult as many times you need to teleport back in time to play the dating games that you learned in middle school……for adult relationships.

You fell in love quickly and thought the ecstatic feeling would last forever. You may have found out by now that you were in for an emotional roller coaster when dating a Costa Rican woman or “Tica”.

Ticas tend to be very jealous. After a while they will call more often to see who you are with and where you are.  If you decide to break up note that Ticas are very sensitive. They will fight the breakup and get more possessive. Girls breaking up with Ticos (Costa Rican men0, on the other hand, will find that they will get the cold shoulder and be shunned from the guys group of friends.

For those who keep dating, a note about motels: they are not cheaper than hotels and are not a place to spend the night. Most motels charge by the hour and are used for only a few hours at a time. If you are going to spend the night you can find a cheaper hotel.

In Costa Rica birth control is available over the counter without a prescription. In fact, this has not lowered teen pregnancy statistics.

50% of marriages in Costa Rica end in divorce. Some are immediate because of some kind of abuse following the union. In most cases the mother is awarded custody of the children as well as child support and alimony. Any property acquired during the marriage is generally split evenly.

Hopefully any relationship you get involved in will have better luck than the above problems of drama, birth control, single parents, and divorce. Good luck at being in the successful 50 percent!

- Advertisement -
Paying the bills
Previous articleArias: Peace is Costa Rica’s ‘Greatest Gift To The World’
Next articleAn Anti-Abuse Ad With A Secret Message Only Children Can See