Arias: Peace is Costa Rica’s ‘Greatest Gift To The World’

JournalNews
By Rico
8 May 2013
Paying the bills

Two-time Costa Rican president and Nobel Peace Prize winner Oscar Arias believes his nation’s greatest contribution to the world is peace, which has come in the form of a homegrown initiative approved last month by the UN as the Arms Trade Treaty (ATT). 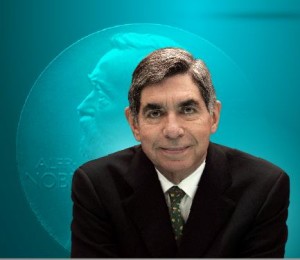 Arias made the statement during an exclusive interview with Gulf Times. “This is the most important legacy that Costa Rican diplomacy has given to humanity and the world. I feel so proud that this was born in my foundation,” said the Nobel Laureate, who is also the founder of the Arias Foundation for Peace and Human Progress.

The foundation was set up with the monetary reward he received from the Nobel Peace Prize and produced a code of conduct for arms transfers that gained support at a New York meeting in 1997. “I never thought I would see it approved by the UN in my lifetime. All the hard work put in to convince nations around the world that arms trade needs to be regulated to prevent trafficking that fuels conflict has paid off,” he said.

Arias was in Doha en route to Bahrain to attend the Interaction Council, an association of former heads of state.

The ATT was adopted by the UN General Assembly on April 2 as a resolution with 154 votes in favour, three against by North Korea, Iran, and Syria and 23 abstentions, including China and Russia, who are among the world’s leaders in weapon exports.

During his first term as president from 1986 to 1990, Central America was riddled with conflict and proxy wars between the two superpowers engaged in the Cold War. After proposing a peace plan that didn’t require a military solution as an end to conflicts between governments and rebels in El Salvador, Guatemala, Nicaragua, Honduras and Panama – a move that wasn’t in the interest of either of the two nations but solved the conflicts within a decade and landed him the Nobel Prize – Arias started dreaming, planning and promoting a legislation to end the life support of conflicts Costa Rica had peacefully witnessed at its borders: arms smuggling and trade.

“Costa Rica abolished its military in 1948 but I kept my country safe by isolating it from the conflicts. The next step was to offer a peace plan to our neighbours in which all parties were involved, even at an international level, and that democracy was a prerequisite for peace. It worked,” he said. “But the weapons were still there. ‘How did they get there in these conflicts and in all the others around the world?’ I was asking myself.”

The treaty regulates the estimated $70bn-a-year worth of commerce of conventional weapons and can become an international law if the parliaments of 50 UN member-nations approve the order to become such a law, according to Arias.

Costa Rica’s only diplomatic mission in the Arab World is in Qatar, set up during the second term of Arias (2006-2010) in line with his aim to boost Costa Rica’s diplomatic relations across the world. During his Doha visit, Arias met briefly with HH the Emir Sheikh Hamad bin Khalifa al-Thani and HH Sheikha Moza bint Nasser; the visit also included Qatar Foundation and the Museum of Islamic Art.

“The architecture is spectacular, and while I may not be an expert in Islamic art, it’s very impressive that Qatar holds such a collection,” he said, adding that his foundation is working to establish a museum of peace. “I want this to show the world that not all conflicts have to be solved by military means. I want this to be my legacy. We’ve seen this in Central America, Northern Ireland, South Africa.”