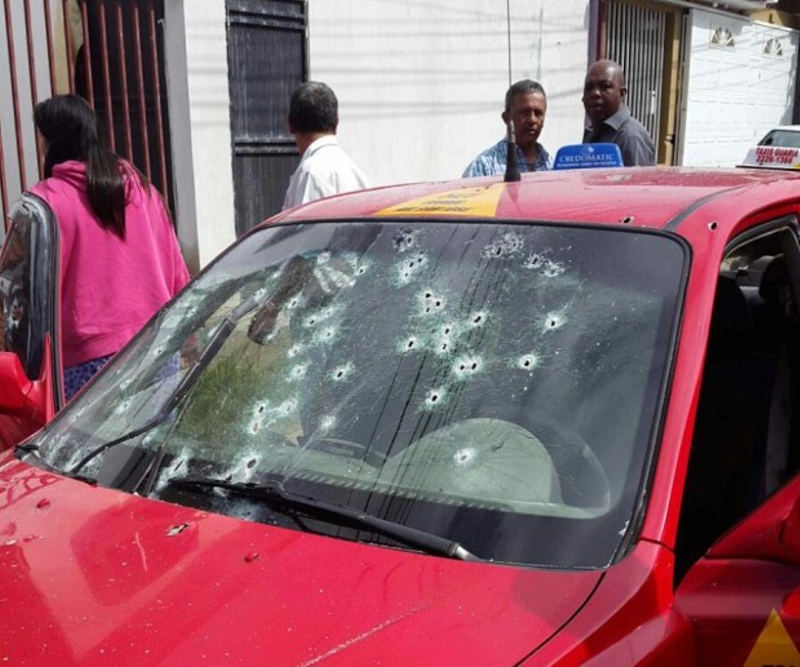 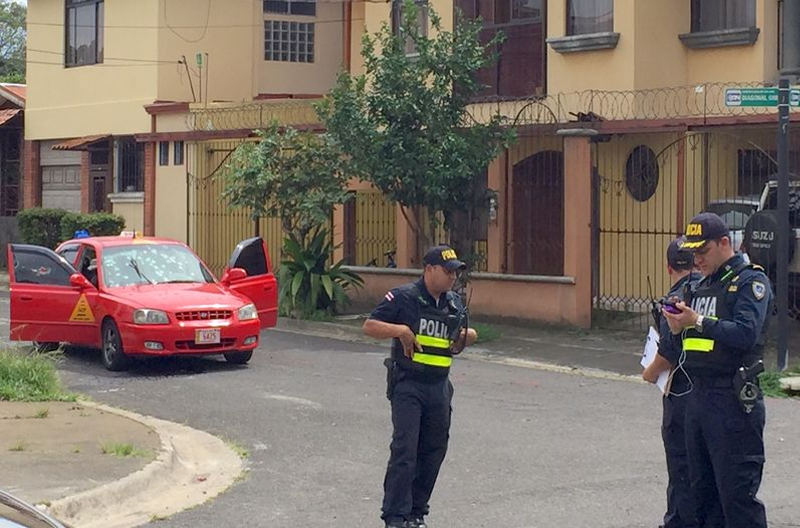 QCOSTARICA – The forensics team of the Organismo de Investigacion Judicial had the task of picking up all the bullet casings, while investigators tried to piece the motive behind why an undisclosed number of shooters open fired on a taxi with automatic weapons this morning in San Francisco de Dos Rios, on the east side of San Jose.

Dead at the scene are Denis Patirico Omier Taylor. Wounded and taken to hospital in delicate condition was his girlfriend, while the taxi driver was treated at the scene by paramedics.

According to Francisco Corder, deputy director of the Fuerza Publica (police), Taylor, who has pending cases of murder and attempted murder against him in Limon, called a taxi and he and the girlfriend came out house and got in the taxi, the shooters opened fire.

According to witnesses, the men fled in a black vehicle, abandoning it 400 metres from the scene, getting into a waiting vehicle that sped off. 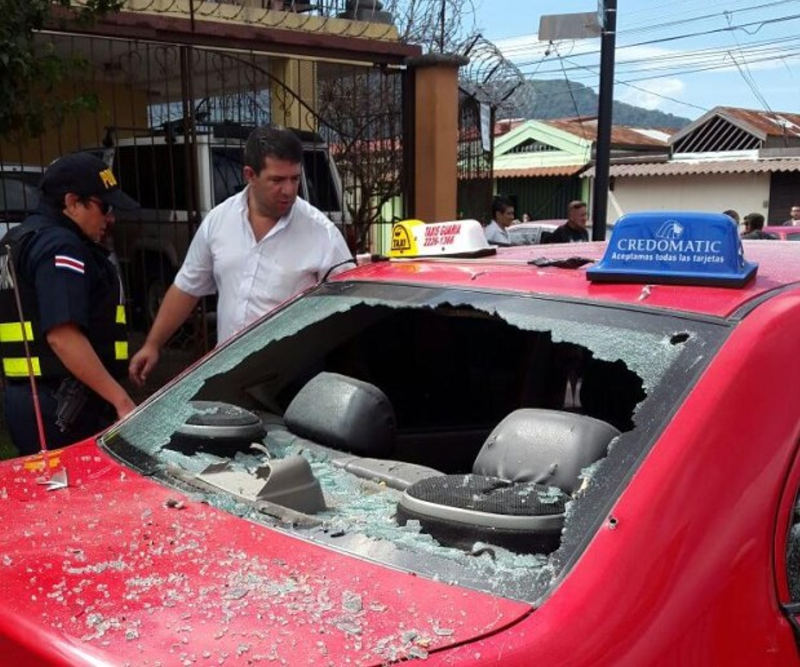 Authorities are not clear on the motive, theorizing that it could be a settlement of scores with links to drug trafficking and the growing industry of murder-for-hire in the country that has been making headlines of late.

In the last several weeks alone similar acts have occurred in different areas of the greater metropolitan area of San Jose.

So far this year, at least 145 murders related to “settlement of scores”, another 92 with links for rifts between rival gang members.

- Advertisement -
Paying the bills
Previous articleNegative Inflation Persists
Next article“The Devil Made Him Do It”, Says Mother of Man Caught Videoing Up Woman’s Skirt in San Jose

There are many legal ways to make money in...
Coronavirus