A Lady In White Makes The Hall Of Presidents

QCOSTARICA – Among the 47 portraits of former Presidents, on Tuesday the portrait of the first woman president of the Laura Chinchilla Miranda (2010-2014) was unveiled in the Hall of Presidents (Salón de Expresidentes de República), of the Legislative Assembly.

Chinchilla is the first woman to have a place of honour in the country’s history.

“The road I have traveled has not been devoid of obstacles, mistakes, prejudices and frustrations. But I’ve always strived to walk it with absolute honesty, insight, tolerance, enthusiasm, respect and hard work, true to the heritage of the past, but also alert to the demands of the present and the future, and responsive to the aspirations of my fellow citizens,” said Doña Laura at the unveiling. 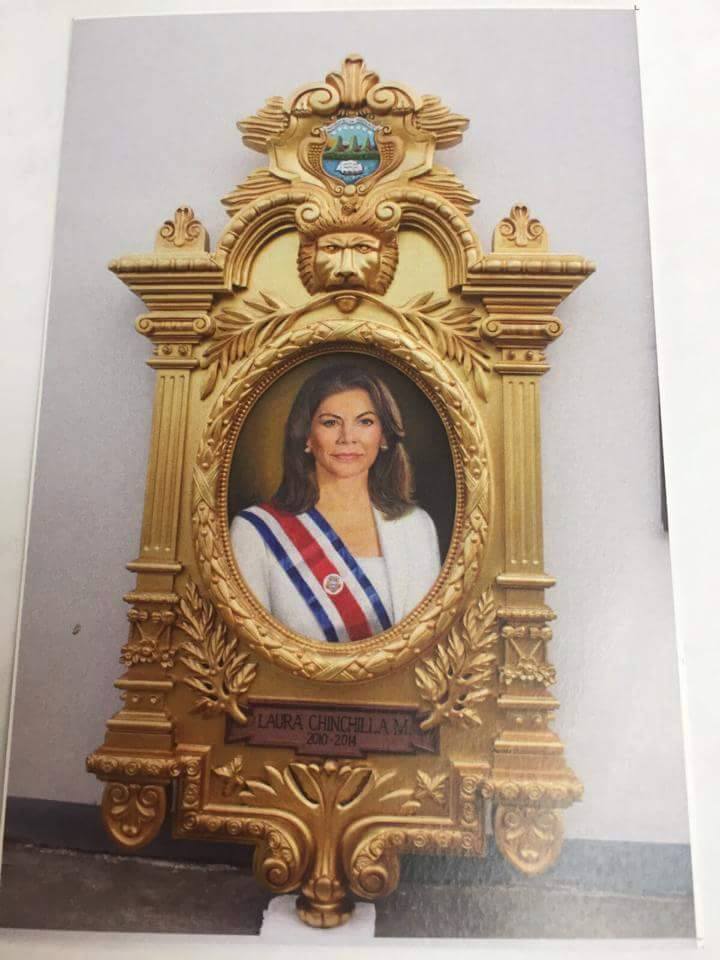 The event coincided with the commemoration of the 67 anniversary of the abolition of the army, which was used by Chinchilla, to highlight the importance of making decisions that benefit the majority.

In her opinion, lethargy by the administration of Luis Guillermo Solis could affect the country, predicting that the end of this year, it is estimated that the fiscal deficit will be 5.9% of gross domestic product (GDP).

The portrait of Doña Laura was painted by Gonzalo Morales, a known Costa Rican artist. The painting, broke the protocol to be immortalized with white coloured dress, in contrast to the black coloured suits of her predecessors.

QCOSTARICA - Changes in consumption habits in terms of times, types of preparation and specialties challenge the coffee sector. Most of the consumers in Costa...
Cine (Movies)

QCOSTARICA - President Carlos Alvarado said he has all the confidence in his Minister of Public Works and Transport (MOPT, Rodolfo Méndez Mata, and...
Banking