Suspect lived in the apartment to the victim 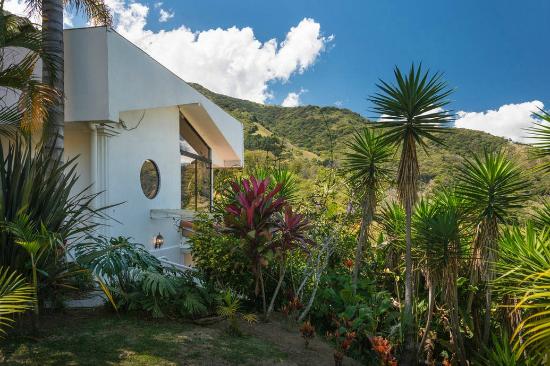 A lie led authorities to immediately suspect the guard was linked to the disappearance and possible murder of tourist Carla Stefaniak, who was spending her last night in Costa Rica in the hotel where he worked.

The guard, identified as 32-year-old Bismarck Josiel Espinoza Martinez, a Nicaraguan national, in Costa Rica since June, worked as the guard at the San Antonio de Escazu hotel.

Carla, through Airbnb, had chosen to spend her last night in the mountains of Escazu, before leaving for home the next day. Something that clearly never happened.

When Martinez was first approached by authorities he told them that he has seen the tourist leave the hotel early in the morning with her suitcases and all. He told investigators she boarded a ‘taxi-type’ vehicle at 5:00 am that Wednesday.

One version of the story was that he helped get the suitcases in the trunk of the car. Another version, she loaded the bags herself.

However, investigators could not corroborate the claim and began to suspect that Martinez was trying to lead them in a different direction, that somehow he might be involved in the then disappearance and was trying to cover his tracks.

“From that moment, we became suspicious. Precisely, for that circumstance, yesterday (Monday) at the night we raided the room he was (Espinoza) was living in. Which is precisely the same place where Carla Stefaniak stayed ” said Walter Espinoza, director of the JOrganismo de Investigación Judicial (OIJ).

Investigators learned that Martinez was staying in apartment 8, while Carl Stefaniak was in the adjacent apartment, number 8.

Investigators do not yet have, or at least not divulging, a clear motive for the murder, suspecting it may have been a sexual attack or robbery.

In the apartment where Carla spent her last night, forensic experts found trace of blood. Carla’s body was found nearby, some 300 meters, in a wooded area, from the apartments.

With the help of cadaver dogs, the body was found half-buried in an advanced state of decomposition.

The victim had stab wounds to the neck and upper extremities, as well as a blunt blow to the head.

Martinez was arrested Monday night and the criminal court in San Jose ordered him to three months preventive detention (remand) while the investigation into the murder of Carla Stefaniak continues.

In the social media, there are many accounts relating to the case, some are speculation, others wishful thinking that Carla may still be disappeared or victim of a kidnapping.

Carlos Caicedo, Carla’s father, visited the Complejo de Ciencias Forenses del Poder Judicial on 2 occasions on Tuesday. In both, he says he was not able to make the visual recognition of the body of the daughter and vented all his anger and frustrations against Costa Rican authorities.

Caicedo affirmed that he and the family maintain the hope that Carla is alive and will not believe different until there is 100% certainty that the body found in Escazú is his daughter’s.

- Advertisement -
Paying the bills
Previous articleHacienda Ruled Out Aguinaldo On Dec. 6 For Civil Servants
Next articleWalmart Blocked From Purchase Of Competition