A Nickname Is Part of Gringo Life in Costa Rica 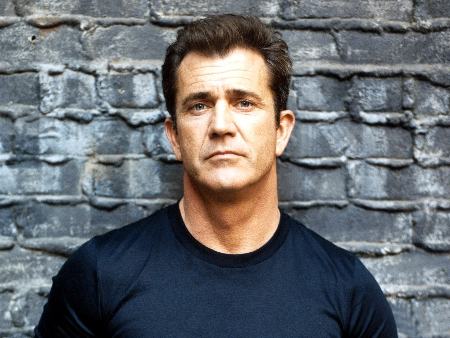 Most North Americans tend to gravitate towards each other when living abroad. Costa Rica is no exception in that we have a large gringo colony and many of them hang out together and develop a sense of camaraderie which is good.

When living in a foreign country it is nice to have friends with similar backgrounds. This can help you feel at home in your adopted country and ward of the symptoms of homesickness. One interesting phenomenon I have observed during the 33 years I have lived here is that of nicknames among retirees and other expats from the U.S. and Canada.

Gringo males like to give each other nicknames here.

The names are usually associated with where one comes from or his or her current or past profession. I know a whole cast of characters (personajes in Spanish). A newbie usually has to have lived here for a while before he or she is assigned a nickname. Here are some of the nicknames and the story behind them.

Dallas Tom – An expat who has lived here for about 20 years. He lived in Dallas before he sold his trucking company and relocated here.

Canadian Mike – A colorful character form the city of Ottawa Canada. He lives part time in town of Grecia where he bought a home. Mike was a taxi driver in Canada and has traveled all over the world. He is fluent in English, French, Italian and Spanish.

Search Engine Bill – A virtual walking encyclopedia. You ask him a question about a certain topic and he can go on for hours expounding on it. Bill claims to be a member of Mensa. The latter is the largest and oldest high IQ society in the world.It is a non-profit organization open to people who score at the 98th percentile or higher on a standardized, supervised IQ or other approved intelligence test.

Banana Bread Steve – A jack of all trades with an exceptional mechanical ability. He was a born tinkerer who loves taking things apart to see how they work. He also baked and banana bread on the street for many years when he fell on hard times. He is no longer with us.

Sailor Bill – A legend in the Gringo Gulch bar scene. The guy was actually a retired member of the merchant marine as the story goes. He stuck out like a sore thumb because of his gravelly and raspy voice.

Indiana Dave – A used car dealer from the state of Indiana who has been kicking around Costa Rica for a couple of decades.

English Terry – A retired Englishman who visits Costa Rica every winter. He loves to talk politics.

Miami John – A tatooed chap who used to live in a trailer near Miami. He now lives in Jacó beach with his family.

GM Paul – A retired auto worker for General Motors who has lived here for a couple of years.

Penthouse Bill – The late Bill Morrision who ran a penthouse apartment in the center of downtown San José for many years. The place was a hang out for expats who played cards, consumed liquor and chased women. Bill hosted some wild parties there in the old days.

Whorehouse Tom – The late owner of a massage parlor/ bordello in the 1990s. Tom was quite a character. He probably held the record for the most alcohol consumed in one lifetime.
One-eyed Mike – A Vietnam war veteran who ran a whole slew of bars in the famous “Gringo Gulch” area of San José
Bobby “Papi” Dempsey – The successful current owner of Papi’s Sports Bar in the heart os “Gringo Gultch”

Unfortunately, most of the American newbie retirees who have moved here here during the last ten years or live outside of San José never have had the chance to meet any of the interesting charters mentioned above.

There are scores of other people I have left off the list many of whom lived here during the wild 1980s when a whole different world existed in Costa Rica before the dull and uninteresting real estate people and overnight gurus and other opportunists moved in.

- Advertisement -
Paying the bills
Previous articleThinking About Moving to Costa Rica? 5 Questions and Answers You Need to Know!
Next articleChinchilla Will Personally Cover Cost Of Private Plane, Communications Minister