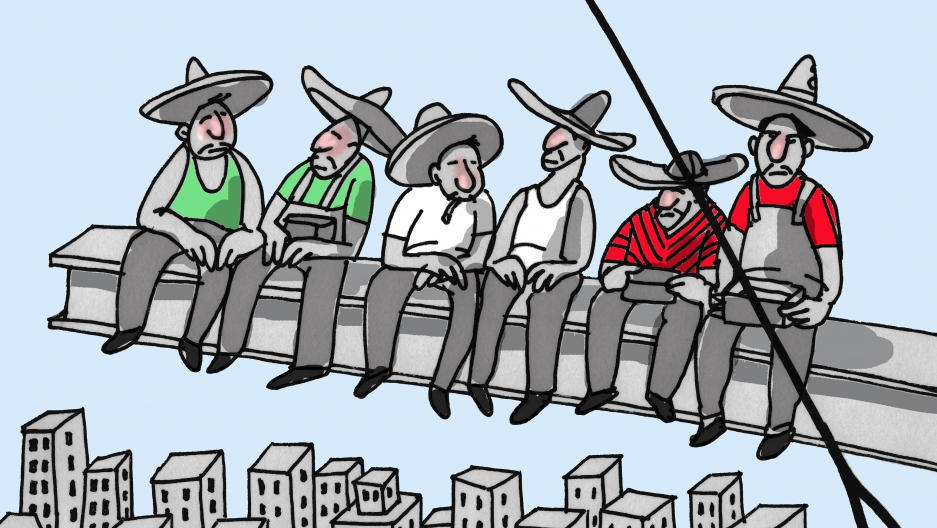 (Today Venezuela) As a child, political cartoonist Rayma Suprani used to draw all over the walls of her home in Caracas. “I think that was the way I was expressing myself. I was a shy girl and I didn’t talk much so I would just observe and draw and paint the walls.”

Eventually her mother cut a deal with her: pick one wall and you can draw on that, but only one. 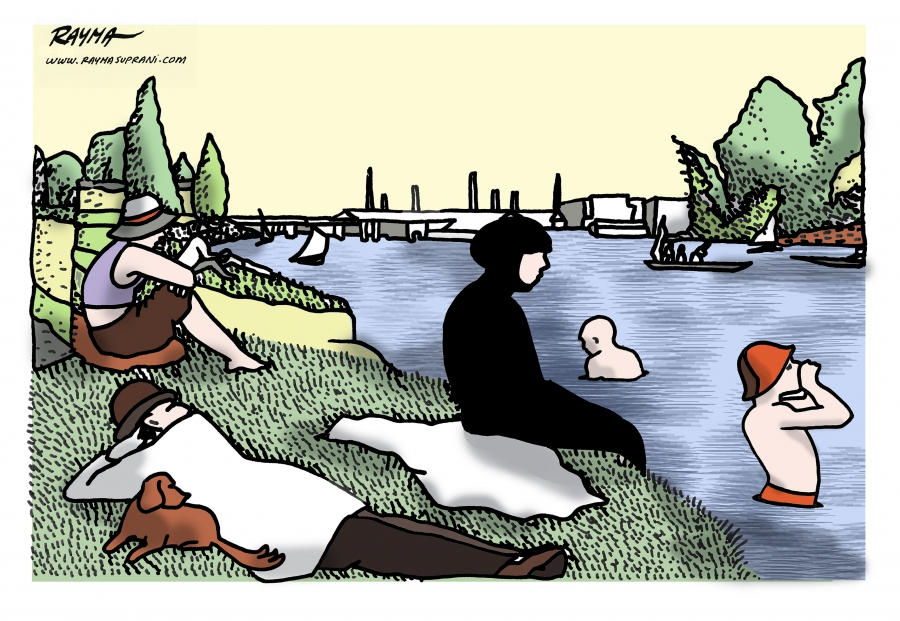 Suprani kept drawing and in her teens, she had a teacher who taught her how to draw human figures. In college she studied journalism, but she also kept on drawing. After an internship at a newspaper she realized she could combine the two. “I think what really drew me to being a cartoonist is that, it’s like a game. You have to find what’s hidden and be able to reveal it and show it to the world in a cartoon. It’s fascinating.”

Suprani found work right out of college and in short order became the staff cartoonist at El Universal, a Venezuelan newspaper in Caracas. She stayed there for nearly 20 years. 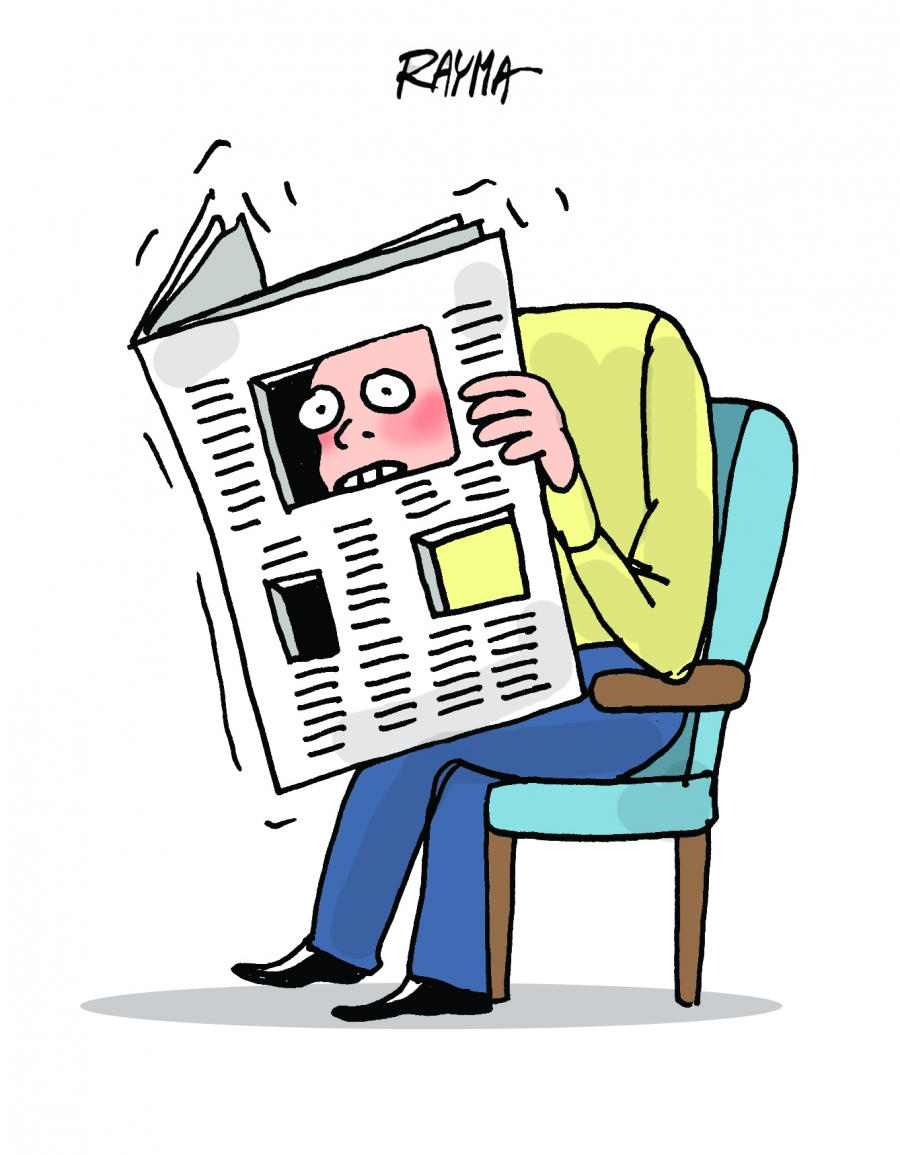 Suprani became known as a tough but original and nuanced cartoonist. Her work became the topic of conversations and a must-see each week. Venezuelan human rights lawyer Alfredo Romero says Suprani is more than a cartoonist. “She’s someone who can interpret the moment. It’s something incredible. Whatever she says in her cartoons is very effective. I mean she represents the right moment, the right time and the right message. She’s the best cartoonist in Venezuela or at least the most famous, for sure.”

Except Rayna Suprani is no longer in Venezuela. She cartoons from exile, in Miami. She was fired from El Universal in 2014 shortly after Suprani published this cartoon: 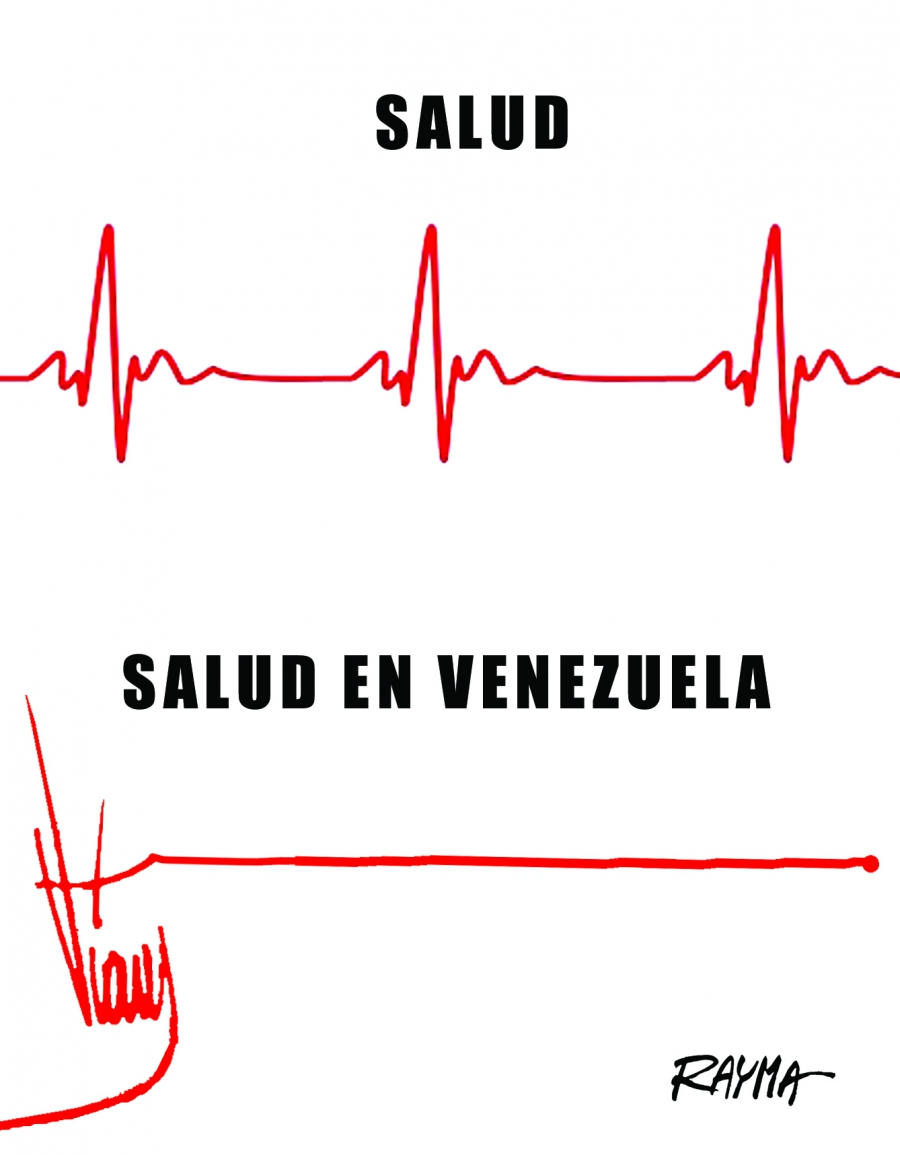 The message is that the flat-lining of Venezuela’s economy can be blamed in part on the policies of the late Venezuelan President Hugo Chavez, the father of the left-wing populist movement known as Chavismo. When Chavez was in power, Suprani routinely skewered him in her cartoons. But by 2014, his Chavista successor, President Nicolas Maduro, had elevated the former leader to saint status. And around the same time, Suprani’s newspaper, El Universal, changed hands. The new (and still unidentified) owners supported Maduro. And Suprani was let go.

Venezuelan journalist Cesar Miguel Rondon says the Maduro government acted like thugs. “They behaved like punks on a street corner. You don’t have the rule of law here. Every single day it’s more openly the exercise of a dictatorship instead of a democracy. So, ‘we don’t like Rayma. Rayma, you should go.’ It’s as simple as that.” 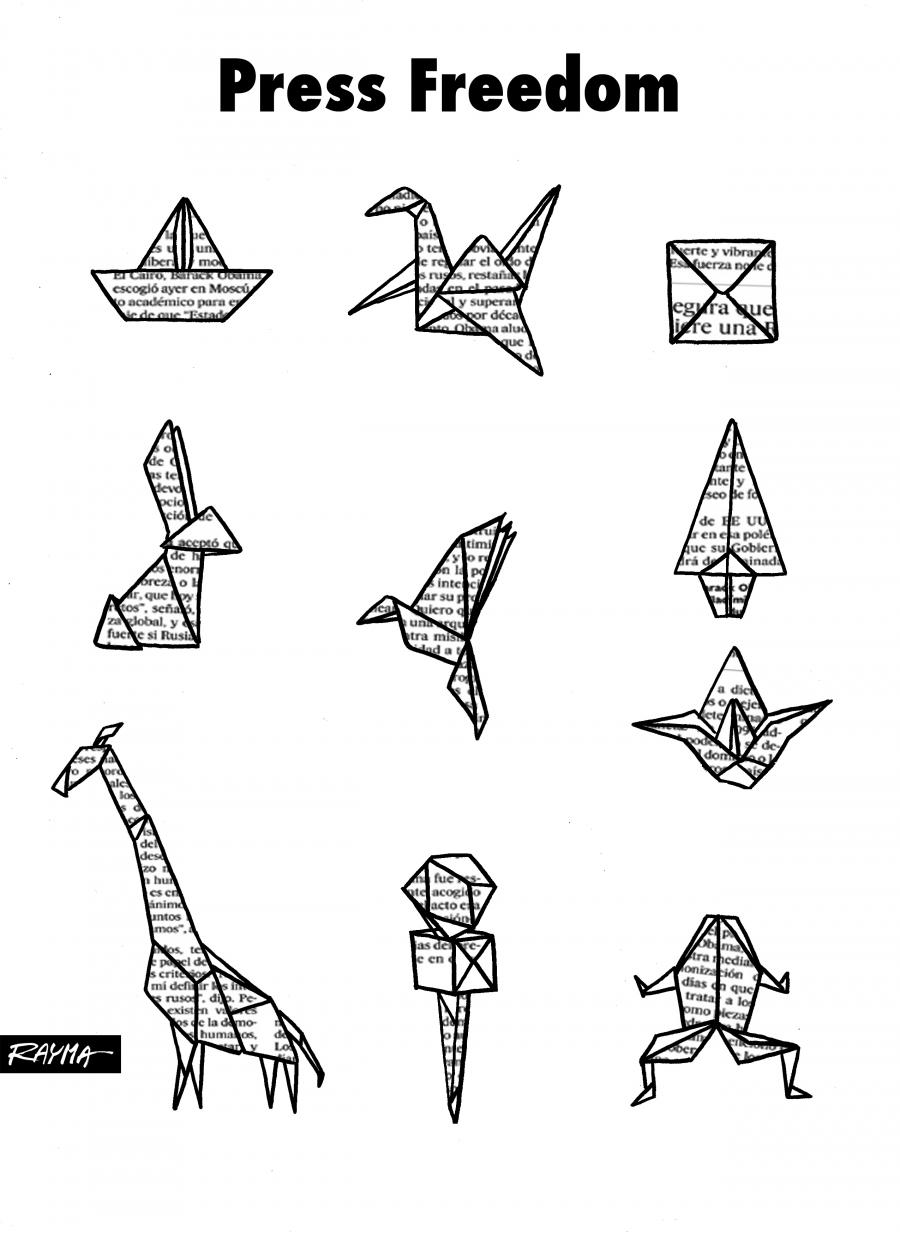 But Suprani’s troubles didn’t end with her firing. She started getting death threats and crank calls. The attacks went after her integrity as a woman. “They’d say, ‘Instead of doing what you’re doing, why don’t you go find a man, a husband?’ Or, ‘You’re just a lesbian.’ ‘You’re a prostitute.’” 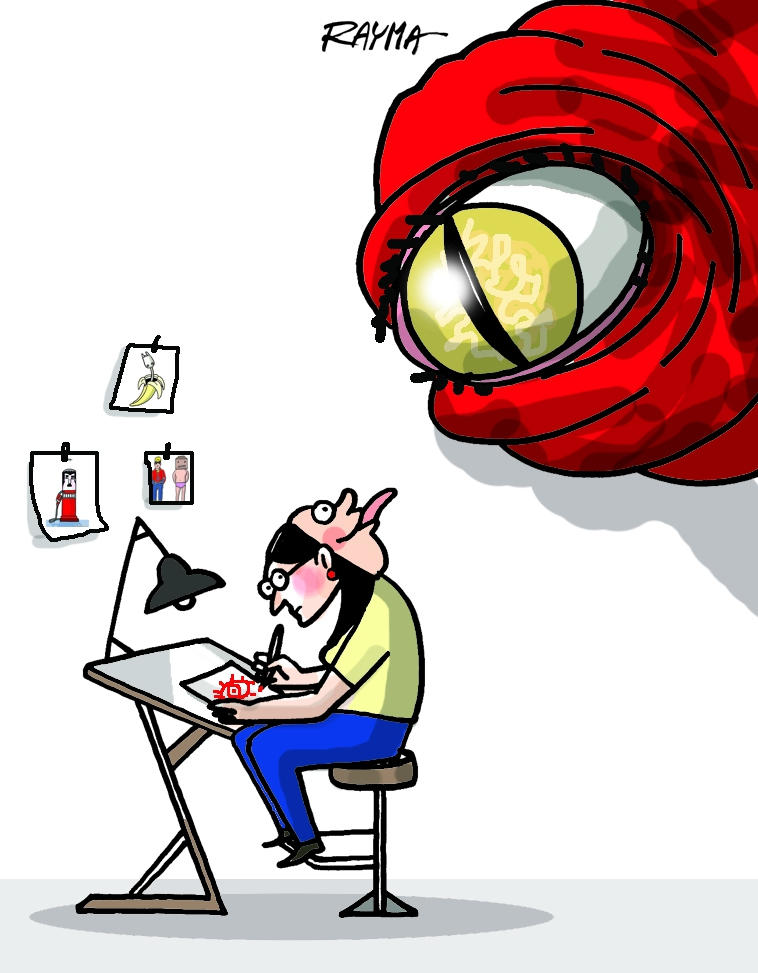 Then Suprani’s picture started appearing on state-run TV. President Maduro himself denounced Rayma Suprani on his weekly program. So did his deputy, Diosdado Cabello, the president of Venezuela’s National Assembly. Cabello is the designated attack dog for the Maduro government. His weekly program is “Con el Mazo Dando,” which roughly translates to, “Keep Hammering Away.” 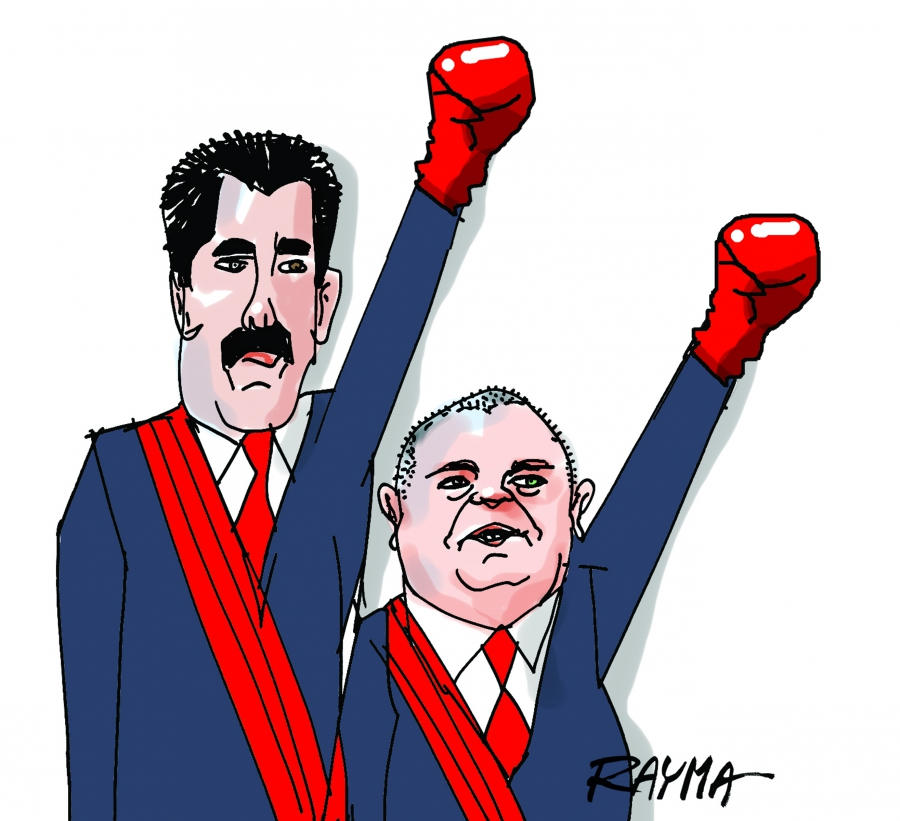 Cabello uses the program to cheerlead for Chavismo and denounce the political opposition. The Inter-American Commission on Human Rights has called Cabello’s show a form of intimidation. And Amnesty International has denounced how Cabello regularly reveals details on the travel arrangements of Venezuelan human rights lawyers, including Alfredo Romero. “If I travel out of the country on a plane, [Cabello] mentions what time, where I go. And when I come back he says what time I’m getting back to airport, and when I’m through customs.” 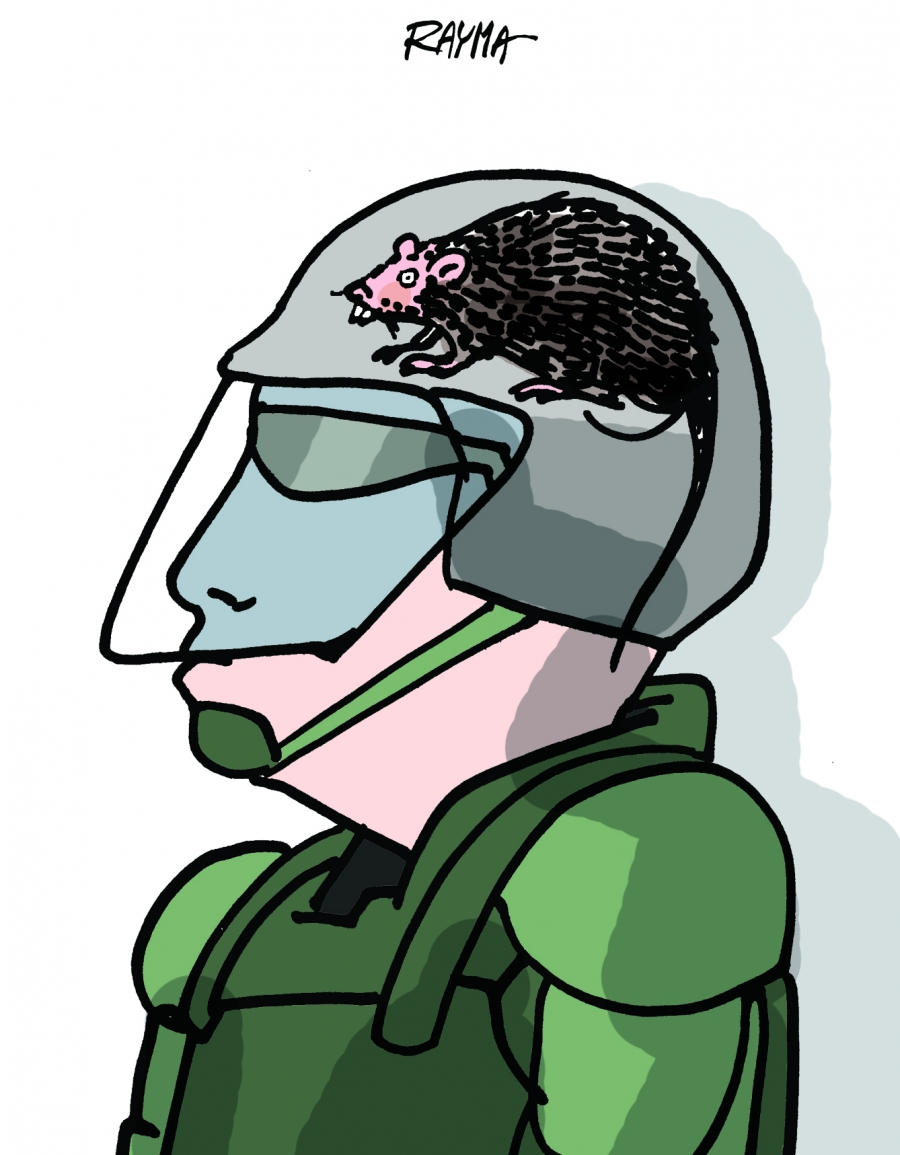 Romero says his name has been mentioned by Cabello and Maduro on state TV more than 80 times over the past two years.

But for Suprani, the pressure became too much. She couldn’t find a job and finally, in December 2015, she left. “Emotionally speaking, I never wanted to leave Venezuela but it became such a risk that I couldn’t live with it. It sort of paralyzed me and now I feel like I’m in a place where I can look at everything from a distance and I can be more useful because my creativity can flow without worrying.” 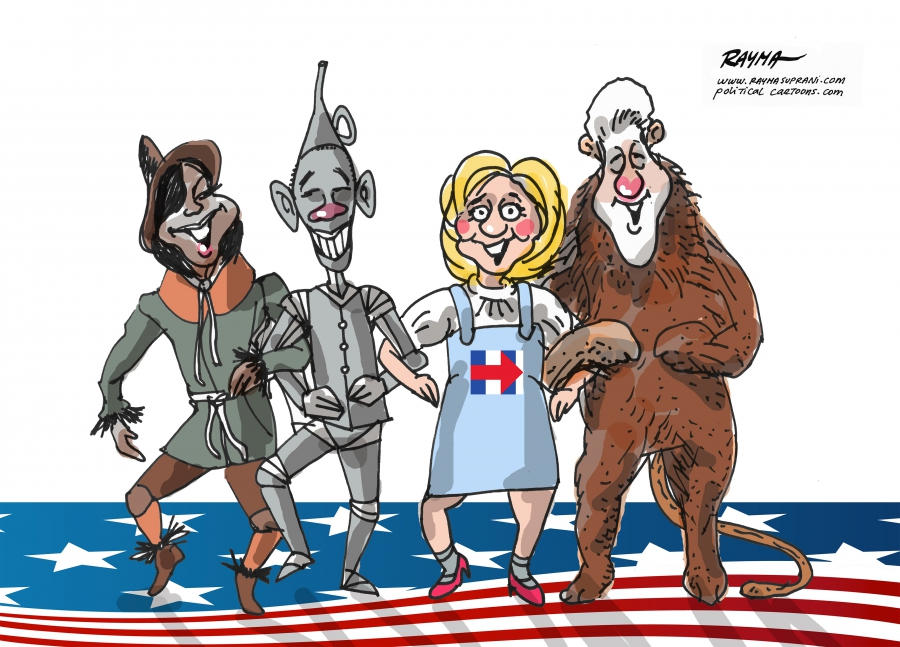 Rondon, the Venezuelan journalist, says what’s really depressing is the government’s suppression of Suprani worked. “Her cartoons used to be a must-see event in Venezuela. She had the attention of the whole country. Now she’s limited to social media.”
Rondon has been able to operate more freely than Suprani. He’s a journalistic institution in Venezuela. His radio show has been on the air for 27 years and counting, but he has had his run-ins with the Chavistas. Rondon had a popular public affairs show on TV that ran for five years until it was axed in 2005 after the Chavez government pressured the channel’s owners. 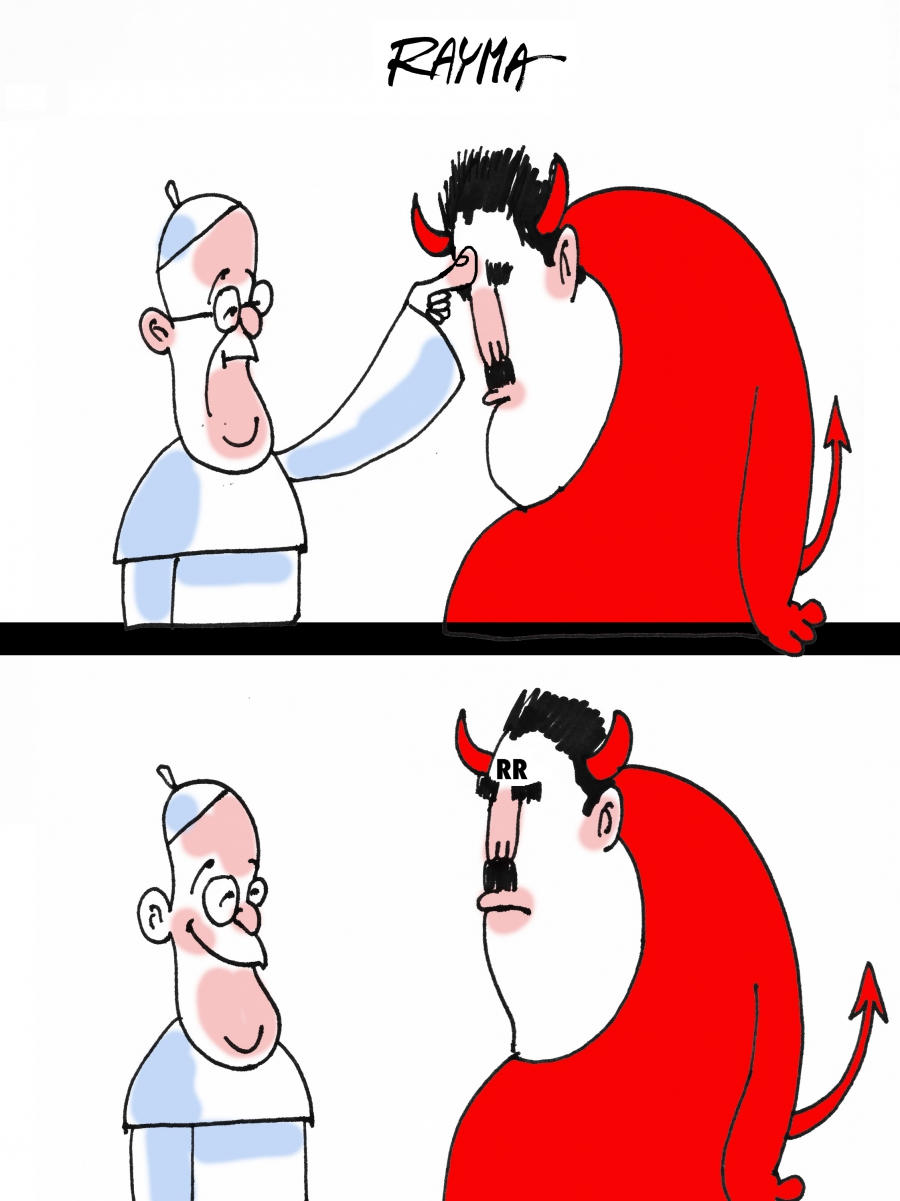 Which presents a conundrum. How do you get rid of a dictator using democratic means? Suprani’s answer is to use her exile to literally draw the attention of the rest of the world to the repressive political system in Venezuela under Maduro. One of her current projects is illustrating a book about political prisoners being held in Venezuelan prisons. 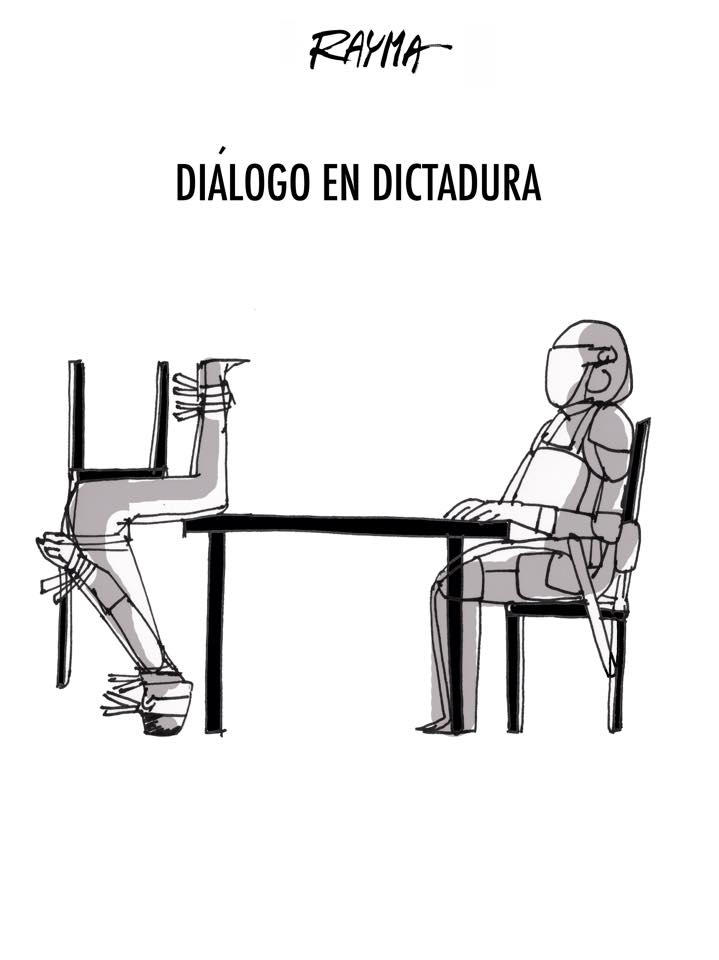 - Advertisement -
Paying the bills
Previous articleOrtega Re-elected, Gets His Third Consecutive Term!
Next articleCosta Rica Among 5 Best Places to Move to if You Don’t Like the Election Results