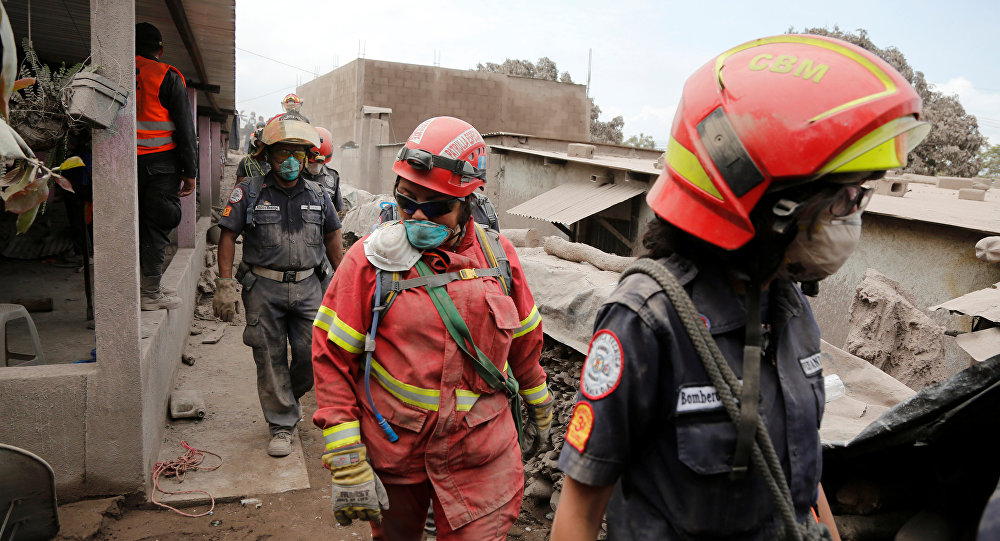 The number of people who were reported missing after Guatemala’s Fuego Volcano eruption amounted to nearly 200 people, Sergio Cabanas, the head of the National Coordination for Disaster Reduction of Guatemala, said.

The country’s National Institute of Forensic Sciences said on Tuesday that bodies of 75 people were found, while only 23 were identified.

This is terrifying! Volcano erupted in Guatemala killing 33 people and 1.7m are affected by it. If you you’d like to help, please reach out to the Red Cross who are there assisting. pic.twitter.com/xDFbdOTj03

The US Geological Survey (USGS) reported earlier that a 5.2 magnitude earthquake has stricken Guatemala a day after a deadly volcanic eruption occured. An epicenter was located some 104 kilometers south-southwest of the town of Champerico and had an approximate depth of ten kilometers.

That’s a line of rescuers down there, working in dangerous conditions near Guatemala’s #VolcánDeFuego where villages are covered in ash …

The local-based media outlets reported earlier that dozens of people were missing with over 3,000 more having been evacuated from the affected areas. The Guatemalan authorities said earlier they fear the death toll would increase.

Summer 2021 has made its long-anticipated arrival – and...
Cuba