After the United States, Mexico is the second nation in the Americas that most invests in Costa Rica

The airline says the route will be operating during the high season, with the last flight on April 21, 2019.

This new route is operated with Embraer 190 equipment with capacity for 99 passengers, 11 of them in Premier Class.

“After the United States, Mexico is the second nation in the Americas that most invests in Costa Rica. There are more than 35 companies with Mexican capital operating in this country. We are confident that the creation of this flight will benefit both nations, in addition to increasing its tourist and cultural exchange,” said Paul Verhagen, Aeromexico’s International Sales Director. 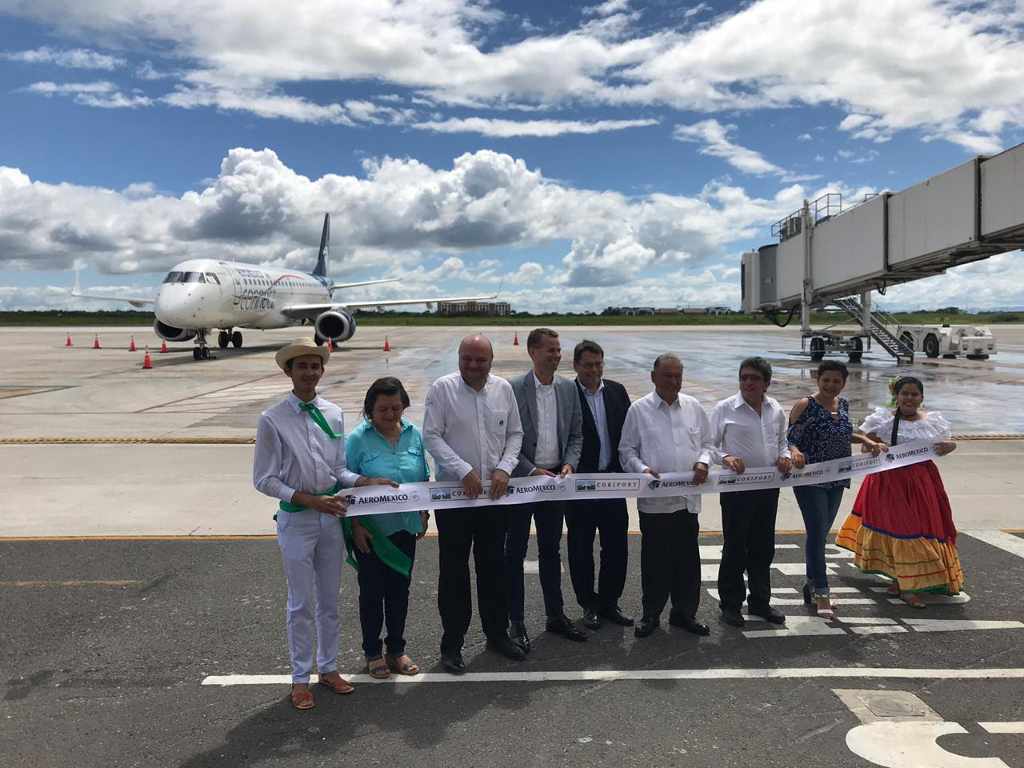 Hermes Navarro, chief of investment attractions of the Costa Rica Tourism Board (ICT) said that with the arrival of this new flight from Mexico will increase the air connectivity not only with one of the main emitting markets such as Mexico, but with all the connections that Aeromexico has to the United States, Asia, and Europe, thus contributing to the tourist development of Guanacaste and nearby areas.

César Jaramillo, manager of Coriport, the manager of the Liberia airport, said that having this route opens the door to one of the largest airports in Latin America.

In the last decade, visits from Mexico increased considerably. At the end of 2017, more than 100,000 Mexicans visited our country. As of August of this year, 69,000 Mexican visits were recorded, a figure that will possibly increase with the opening of the Liberia connection.

Aeromexico has been operating daily flights to the Juan Santamaria Airport (SJO) in San Jose for the last eight years.

- Advertisement -
Paying the bills
Previous articleTaxi Drivers Want To Be Able To Operate With Older Cars
Next articleMelissa Guzman shares Her Recipes and Secrets to Living Longer, Healthier & Happier